Today I would like to write about the difficulties, that we faced in these weeks in Herat in my week recap. As Herat Citadel Team should handle different kinds of works in every week, such as video uploading, writing blogs, taking shots, registeration of students to Examer and continue their training in Herat schools. But unfortunately in this week we faced with a big problem of “Electricity”. It is one of the necessary things, that we can run our business and works here. This week was a darkness week for Herat and some other provinces of Afghanistan. It just comes or (turns on) 3 or 4 hour a day and mostly at 1:00 AM.  That was really late for us to be able to process our works in mid night.  Just I could let my computer and iphone to be charged.

Most of our works were delayed in these weeks.  Still it’s not solved but according to promises of ministry of Energy and water, it will be solved in near future. Actually this problem has always occurred in winter season in Herat, but we are all hopeful, that this darkness process does not continue anymore, and we can come back in our regular daily life. 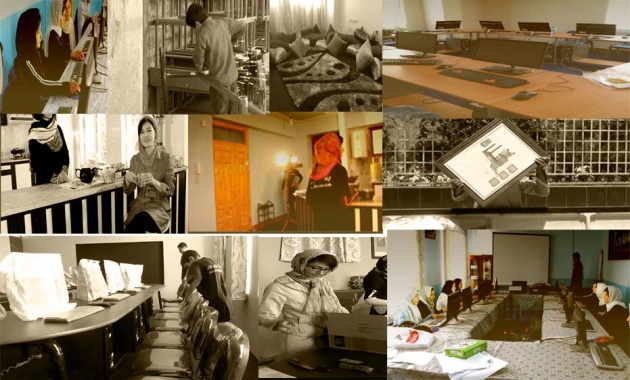 Beside of this we have started our work to build the 7th school in Herat. The school is located on Godam Street in front of big Masque of Herat-Afghanistan, under name of Malake Jalali. It has 3270 Students, 101 Teachers and has about 2 buildings.  As we saw the school, we found, that this school has an Internet Club too with the name of Malake Jalalai Internet Club. It has about 9 PCs, which helped by a Women Association. At first I thought that it is a free Internet classroom for school but after I talked with principle of this school. She said, that “one of the women of association has built this Internet club for us, but unfortunately it is not a free Internet club for school’s students. They should pay for that and due to this reason most of the students did not use this Internet classroom”. The women association said to us, that “they will carry out their equipment from our school by the End of this year.  She continued, that “that issue really makes me disappoint but when I heard about your initiative; it really brings happiness to our schools especially for teachers and students. That is a free full equipment of computer lab to use and don’t need to pay for using of that”.

Bloggers also tried to write their blogs in paper and when the Electricity came in Afghan Citadel Center in Herat. They just typed it into the computer; it was a little boring process because they should write it two times.

In these two past weeks there were also the final exams of School and Universities. it also effects to decrease  our registration and training process in Female Schools in Herat. Because most of them were busy with their exams as I was too.

But in this week, three young bloggers joined to Film Annex to start writing, in order to be professional in social media. They would write about our keywords and 60 minutes movies. We had also two shooting for cooking programs. But due to lack of power we could not edit and upload it.