AFGHAN GIRLS ARE TEACHING OUR STUDENTS A VALUABLE LESSON 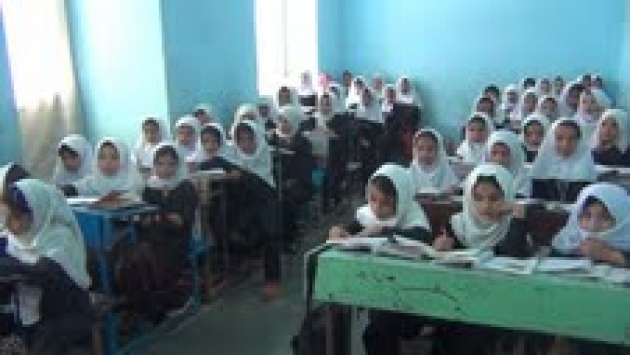 Times change, and it's not just a saying. I am currently teaching in a school, but I remember very well when I used to sit on the other side of the teacher's desk. It was a different world. I remember experiencing mixed feelings of fear and respect toward my teachers, being confident that talking back to them with an insolent tone wasn't even an option. When I look back on those years, I vividly remember being able - and allowed - to disagree with their opinion. I recall challenging conversations in which both parts were engaged in trying to prove each other wrong, but never without the due respect. In the end, we were all encouraged - for our own personal development - to advocate for our beliefs, and we understood that we didn't have to like each other in order to coexist, but we sure had to respect each other, and there was no room for impertinent manners. What happened to this relationship?

My after school time was dominated by Judo practice. However, loads of homework were assigned every day, and I remember making huge sacrifices in order to do what I wanted. I recall spending endless evenings - and nights - on those hated books, barely able to keep my eyes open. And those times I couldn't meet the assigned deadlines, I could feel my heart beating stronger every step closer to school. Sometimes my anxiety even pushed me to cut school on those days. Attending classes without homework done just wasn't an option. Back in those days the repercussions were significant, and I could literally fail a class because of consistently missing homework. For instance, failing to pass the Chemistry final at the end of June would force me to study that subject the whole summer, so that I could take the same exam at the beginning of September. Failing that final again would force me to repeat the whole year. Yup. What happened to this discipline?

If I was waiting for my parents' sympathy and support, I would still be waiting. During their school years, they had lived through a much tougher time than me. We are talking about those times in which defiant students were hit on their hands with rulers, and forced to kneel on raw chick peas facing a corner of the classroom. So, no compassion for my lack of time management skills. Unless my teachers beat me, they would always side with them. What happened to this trust between parents and teachers?

I'm not an advocate for indiscriminate authoritarian control, but a school without discipline is a lost cause. And discipline without consequences to fear and respect is a joke. Sadly, this is most of our school system today. Students these days think they can talk back to their teachers in a way that would have been unacceptable years ago. There's always room for disagreement, and students should be encouraged to advocate for themselves, but they often choose to do so in a very disrespectful way. They give their teachers attitude, roll their eyes when they should listen, and often make impudent statements ignoring any attempt to bring the conversation on a civil level. They often disregard their homework assignments, and when asked the reason for failing to deliver their work in time, they behave like they don't want to be bothered. Furthermore, what happens when those teachers call home? Sadly, they often receive only hostile and aggressive attitude instead of support. Many kids today just survive school, and don't realize how privileged they are, and how many opportunities they are missing. They should be thankful for what they are being given. Instead, they act like they wish they didn't have to get an education. How did we get here? 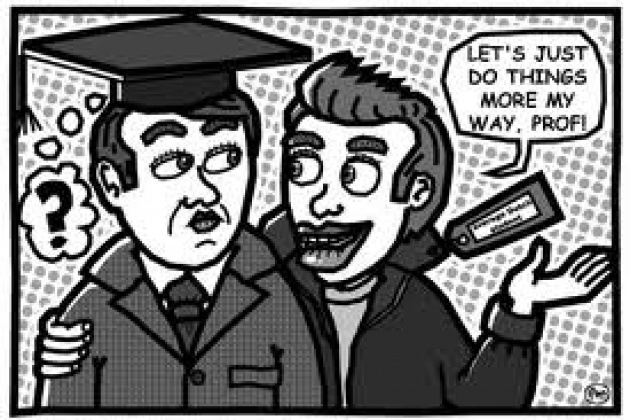 Lack of consequences. If we don't have an efficient system in place that holds our students accountable for their conduct, we shouldn't be surprised of this mutiny. What type of consequence is the after-school detention? Most students are staying to do their homework anyway. The in-school lunch is a joke, as many students like staying in when it's this cold outside. The detraction on their grade is usually too small to worry them. Taking students off the starting line up in their sport team often results in even greater rebellions. The phone call to their parents can backfire and create more trouble for the teachers than for the students themselves. And what about the trip to the principal office? Now it's just a friendly chat with a - virtual - slap on the hand. 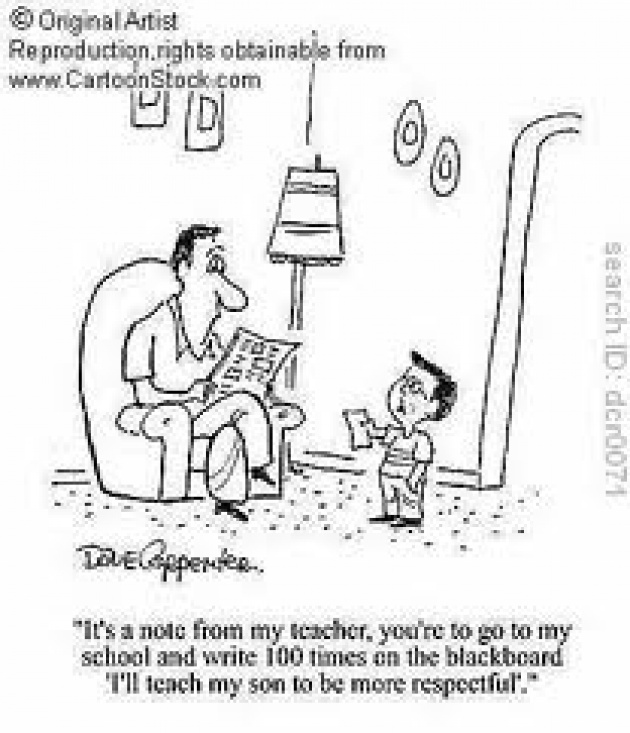 Where does this sense of entitlement come from? Are kids being rude to parents as well? If I had cursed at my parents when I was a boy, I wouldn't have seen the end of it. I would have been a teenager with no expectations of getting anything from my parents, except for food and shelter. They would have grounded me for days, taking everything I could possibly use for my entertainment, including my cell phone, computer, television, even the radio. 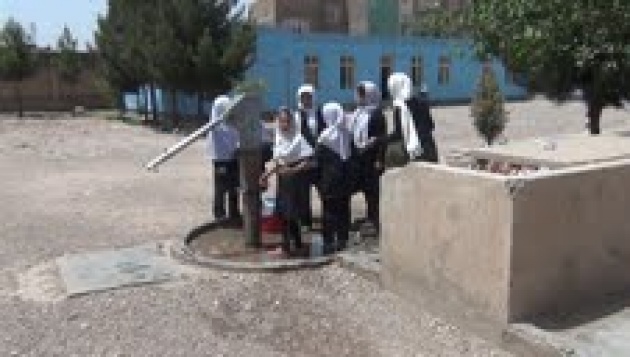 I can't help comparing our situation to some developing countries in which education is seen and felt as a privilege, rather than an annoying chore. In isolated areas of rural Afghanistan girls are still being shot if they try to go to school. Others are throw acid to their face. Their drinking water is being polluted. Their schools are being burned. Yet, young Afghan girls continue to fight for their right of getting an education, because they see it as their opportunity to achieve what they want in their lives. As the Taliban movement tries to shut them down, they keep moving forward and campaign for the rights of women in Afghanistan. Women in Afghanistan are subject to domestic violence, forced marriages and honor killings, and education is their most effective weapon to fight back. During the past 12 years - since the radical group lost control of the country - the Afghanistan literacy rate for women has increased steadily, and today more and more female citizens are taking advantage of their freedom to attend school and becoming teachers themselves. Furthermore, foreign organizations are actively helping the education system in Afghanistan. This is the case of Film Annex, a company that is currently opening Internet classrooms in 40 schools in Herat, the country's third largest city. For Afghanistan education and the economy of Afghanistan to grow, they need to continue to depend on each other. A big part of the future of Afghanistan will be in the hands of this young generation of Afghan women, who understand the true meaning of the opportunity they're being given, strive to gain knowledge from their mentors, and cherish every second spent in their classrooms. 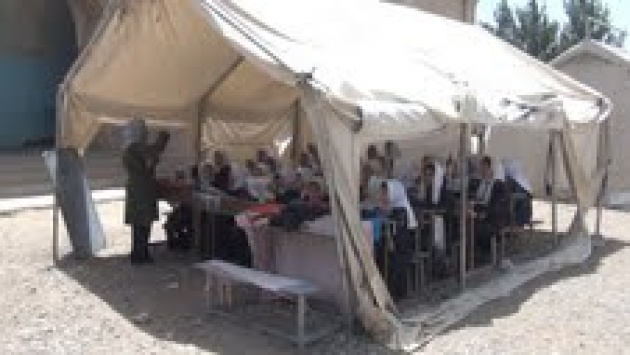 Our kids today don't know how privileged they are. Many think they know everything, and expect everything to go their way. However, one day they'll realize how unrealistic they have been about their rights and duties. I can only hope - for their own sake - that they will open their eyes and understand - sooner rather than later - that they will only be given... what they deserve. 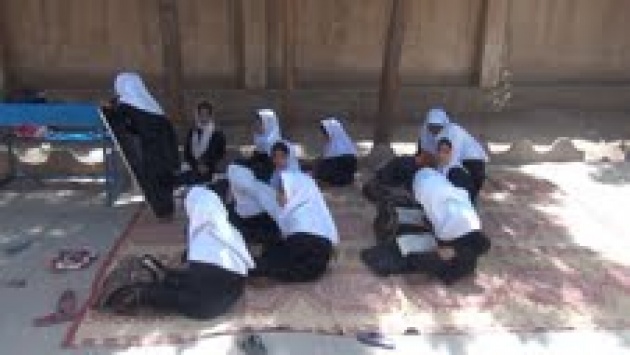