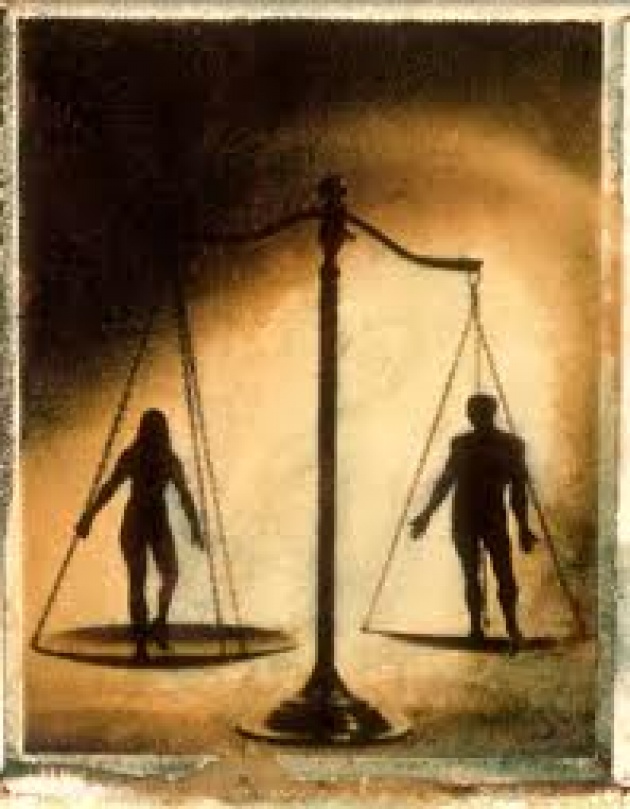 Gender discrimination is a reality across the globe. The western world prides itself that equal rights and opportunities are being offered to women in every field of society, from education to occupation, from healthcare to social security, from political influence to professional compensation. But we all know this is not true. Despite huge steps forward made to make women's emancipation real, even in the most progressive nation, female citizens still fall victims of discrimination, adverse favoritism or simply lack of opportunities. And even when it's not the case - that is when women are indeed hired over men - this preference has often deep roots in the sexual appetite of males in supervision positions.

Although this scenario is not satisfactory for women living in developed countries, it would gladly be accepted by most women in the rest of the world, whose rights and opportunities in life are by far more limited by chauvinistic traditions. In such cultures, female citizens are regularly exploited, repressed or even violated by their male counterpart, with very little or no power to advocate for themselves. In some areas of rural Afghanistan, for example, Afghan women are not allowed to go to school, to do business with other people, or even to leave their home without being guarded by a male relative. As a result of these conditions, women entrepreneurs in Afghanistan are a rare sight, and even economic independence represents an almost impossible achievement. In this society, women are used to being dependent on males, and are rarely allowed to pursue their professional aspirations. In Afghanistan less than 13% of women can read and write, and only a small fraction of these make it to university. Out of these few, even fewer succeed in finding a job in which they can feel free from male influence and harassment. That's why those who can, leave their country looking for an opportunity elsewhere. This phenomenon contributes to the sluggish development of this nation and many others of this kind, with possibilities of growth immediately reduced to 50%. The economy of Afghanistan would greatly benefit from the input of its female citizens, but this is still an improbable situation. The intelligence, creativity and genius of most Afghan women is underdeveloped, underused and purposely neglected, and the country continues to drown in a ocean of illiteracy, ignorance, intolerance, prejudice and bigotry. For this to improve, the Afghanistan culture needs to change.

Luckily, there are exceptions. Film Annex, a company that uses its website as a platform for independent filmmakers to showcase and promote their work, is helping women from all over the world take charge of their own financial future. The company just recently launched Women's Annex, an additional media platform where women can share blogs and upload videos on a variety of topics, including education, business, sports and more. In exchange for their contribution, they receive revenues by advertising their stories. Women's Annex aims to be a tool for a global empowerment of women, and an additional financial resource especially for those who struggle to find their professional space in a world created and managed by men.

Part of Women's Annex initiative is the Afghan Perspective, a weekly article that comments on the topics examined in the news program 60 Minutes - aired on CBS every Sunday evening. Afghan writers make comparisons between the pieces broadcasted in the show and the reality of their country, trying to offer other Afghans who are finding themselves in similar situations the opportunity to relate and connect with those scenarios.

There's to hope that more entrepreneurs will follow the lead of Francesco Rulli - founder and CEO of Film Annex - and Fereshteh Forough, an Afghan business woman who is the main writer for the Afghan Perspective. The former is a successful business men who is investing part of his company's revenue to promote women's empowerment; the latter is a highly educated Afghan woman who is finding her space in the global market, taking advantage of the tools offered by Film Annex. This is just an example of the power of media in creating inspiring partnerships. Who's next?