Footballers from Afghanistan beat a team from Pakistan 3 - 0 in the country’s first international game in a decade. Afghanistan took an early lead in the game, scoring three times halfway through the second half of the match. The game, which was a friendly game held prior to peace talks between the two countries, was held in the Afghanistan Football Federation (AFF) stadium. 6000 fans crowded the stadium, and celebrations broke out around Afghanistan following the match. 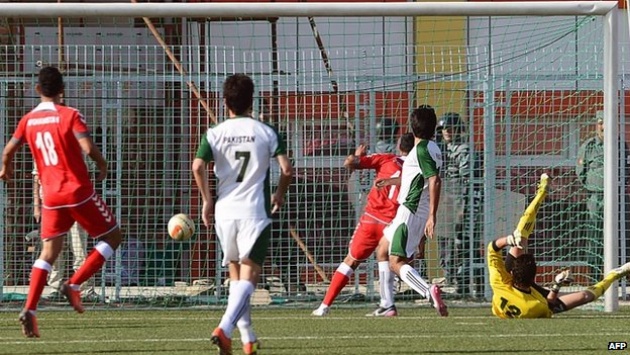 Football teams in Afghanistan have recently been lauded around the globe for their performance within the country. Teams like the Esteqlal Football Club are on social media sites, interacting with over 50,000 fans. They’re even posting videos of their matches and interviews with players. This lets people around the globe interact with one of Afghanistan’s best football clubs.

It appears that football in Afghanistan is set to take the world stage. Between social media, videos of games and international matches between countries, football is not only a great way to break barriers among countries, but may also open Afghanistan up to the world.

Read the BBC article about the Afghanistan/Pakistan match.