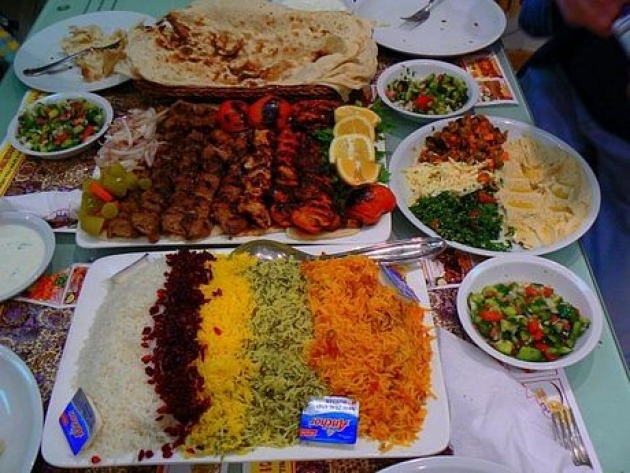 Some Afghan foods has long history from several centuries, and we honored that still we keep our food tradition, but in spite of these food nowadays some new food vogue from foreign countries. And they add in our menu such as hamburger, pizza, Chinese food, Italian foods, but still our people has  more interest to their foods.

Also another issue this is the rapid growth of fast food in whole counties, and more used from it. But Afghan foods are a different food for foreign people and our people, such Afghanistan is a multinational, multilanguage country as it foods are different and diverse and every province has different and varied foods and some of foods are vogue in this cities.

Some of same foods are vogue in some province but their recipe and bake is different such as famous foods in Kabul are: Mantoo, Bulani, sembose, and famous food in Balkh and kandahar are Qabuli uzbaki, Beryani, and act but some famous foods in heart are Kichiri of dried meat, Qulortrosh, Eshkana.

Despite of this some foods of neighboring countries is vogue in our tradition of foods in our country, and known as main foods. But some main Afghan food contains in menu foods of foreign countries, in my idea culture and geographic difference. Although, there are communalities with neighboring counties such as Pakistan and India.

Afghan foods are demonstrating different and have long been renowned as a flavorsome cuisine form. But there are some companies and organization that sponsored Afghan foods, and this is a honored for all Afghans.
Film annex is one of these companies, which sponsored cooking program in heart center, and introduce Afghan foods for whole of the world.

(Image source: google.com) Interbrand is a brand adviser or consultancy which provides valuation of …