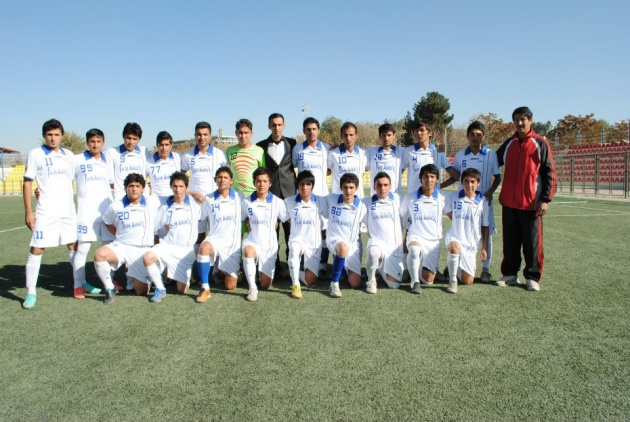 Events Before the game against Big Bear

The players before the game with (Big bear) team, with full preparation and strong sprite after spending a temporary serious crisis and Esteqlal (Afghanistan National Soccer Team) trainer changing, they announced their preparation for much against Big Bear team. For 20 days they faced with mental health problems and because of the enormous pressure from the Kabul and Afghanistan F.A indirectly for beating of (Urdo team) from Esteqlal. Despite losing second place in the table and placed third in the league table of Kabul, the players could have a tough and steely behind the crisis and ups and downs to play with Big Bear; a team that has plenty of sponsorship was strong and ready to prepare.

Events at the day of game versus Big bear

On the first day of much, the cameramen took and record lots of different and nice photos and videos clips from players who dressed in their new uniforms with the company logo (Film-Annex). So that the players, sponsors and partners of Esteqlal Soccer and Futsal Club by (Film-Annex) was first formally introduced to the public. The much began at 13:30 with Referee whistle on Tuesday afternoon, Nov. 13 2012. From the very beginning, the Esteqlal team (Afghan National Team) started the much very powerfully and firmly with (4-5-1) system and continual rushed down to Big Bear goal, but the team that brings them good luck with their goal remain closed. But at 37th minutes, the Esteqlal Single-forward Zinedine with a strong shot from inside the opponent penalty area has opened the Big Bear goal, to lead his team in the first half and could made the first goal of the much. The first half of the game ended with the result (one-zero). Between the two halves of the Ostad Abdul Razeq and Engineer Ibrahim "Mahboob" spoke to their players and described their team plane in the second half. So they came back to game with very strong motivation for keeping the result and making more goals. On the second half they planed lots of attacks on Big Bear’s goal. It could be possible to crumble Big Bear’s goal at any moment. finally Amiruden, Zinedine’s little brother could give a beautiful pass at 82th minutes of the game and he could make the second goal of his team with a powerful shot from the penalty area line. It caused everyone feel comfortable. The much finished with the benefit of Esteqlal team (zero-two). In this game, all players played well, but the young star sixteen years Obaidullah (Esteqlal) team’s player with shirt number (70) was very interesting Beautiful dribbling and playing with his pleasant everyone was excited and cheering spectators. He showed that he will be a good star for Afghan National Team and this club. At the end, Football Association officials were respected by the players then Federation officials and spectators encouraged Esteqlal Team. It is notable that at the end of the game 3 players 19 years ages and 2 players 21 years ages of Esteqlal soccer team, were invited to the Afghanistan National Football Team. The names of the players who were encouraged and invited to the Afghan National Football Team, 19 years ages and 21 years are as follows:

1)      Obaidullah player 16 years old and number (70) of the Esteqlal team was applauded for his good play.

2)      Zinedine Player number (11) was invited to the Afghanistan National Team 21 years of ages.

3)      Amiruden player number (9) was invited to the Afghanistan National Team 21 years of ages.

Ali Reza Mehrban is from Afghanistan.He was born and lived in Iran with his family,and they return back into Afghanistan in 2002.Ali graduated from Tajrobawi High school of Herat-Afghanistan.Now he is bachelor of Software Engineering from Computer science of Kabul University.He has been working as project coordinator of Afghan Citadel…