Afghans to have their electronic IDs in two days 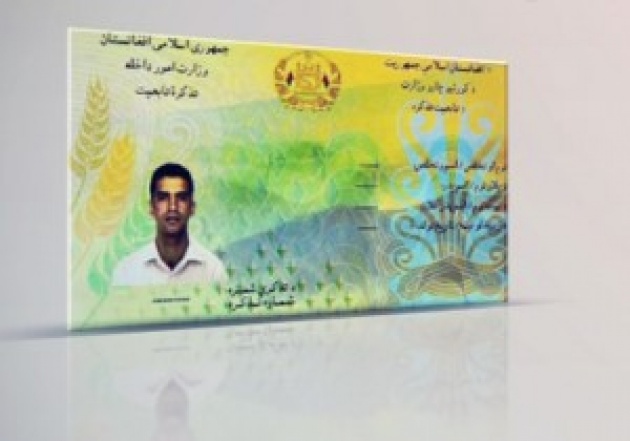 The Ministry of Communication and Information Technology announced that Afghanistan’s long-awaited ID cards would be distributed on March 23rd.

About 400 teams are appointed nationwide to manage the distribution of cards. The project will be carried in collaboration with the Ministry of Interior.

The main objective behind the distribution of these cards is to ensure transparency in the voting process, which is often marked with corruption. The votes would be legitimately registered via the new cards.

The new National ID system will enable the government to establish a very accurate, up to date and effective database of the census of the country’s population, their movement, and addresses, age categories and many more.  This in turn will enable the government to prepare very effective and efficient development plans as well as public services projects and simplify business and public processes and procedures, and by doing so remove the very complicated government procedures and tackle the issue of corruption.

The national identity project contract was awarded to Grand Technology Resources (GTR), a local ICT company which has renowned foreign companies such as Hyundai It-South Korea, IRIS-Malaysia and entrust-North America as its partners.

The new ID system is based on a smartcard multi-application chip platform, which will allow additional applications such as drivers’ license, vehicle registration, digital signature and voter’s list management in the current scope.

According to reports, e-Passport, e-voting and e-Taxing will be part of its future prospective packages.

Currently Afghan identity cards are issued on a piece of paper which can easily be forged.

An estimated 30mn Afghans will receive the new ID cards in the initial stages. It is not expected, however, that the cards will be distributed to the citizens in remote areas of Afghanistan.