After “The Conjuring” Annabelle is all set to give you nightmares 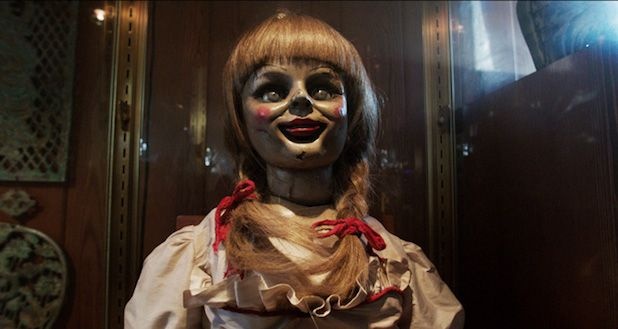 After the movie “The Conjuring” which scared the living hell out of the people who all have watched it in the theaters, here comes another bone chilling movie, Annabelle, which will, without the slightest doubt, make the people break into cold sweat while sitting in the movie theater. This horror movie is going to be released very soon to give you a fright that will be hard for you to forget for a long time. Based on a true event, just like “The Conjuring” Annabelle is all set to make its grand entry to the big screens on the 3rd of October, 2014.

The movie is based on the story telling and hard facts and evidences which was given by Lorraine Warren, wife of Ed Warren. Both Ed and Lorraine were demonologists and paranormal investigators who played significant role in saving the families consisting of innocent people from spiritual and demonic powers. Some of the famous cases they solved were made into movies such as “The Conjuring”, ‘Annabelle’ and also “The Amityville Horror.” Lorraine Warren shared her experience which was made into the above mentioned movies (except, ‘The Amityville Horror’).

The story of Annabelle starts with John Gordon, played by the actor Ward Horton, who brings a precious gift for his lovely wife, Mia Gordon (played by Annabelle Walis) and their yet to be born child a fine-looking, vintage doll – Annabelle. The doll was dressed in a wedding dress of pure white color. Soon the family starts to experience satanic activity which is followed by a lot of blood and horrific events.

This movie is a prequel of the movie “The Conjuring” and is directed by John R. Leonetti. James Wan is the producer of Annabelle. Other casts of this movie are Alfre Woodard, Brian Howe, Tony Amendola and Eric Ladin. Caution people – Only those who have brave hearts should see this movie, this movie will give you some serious scares!