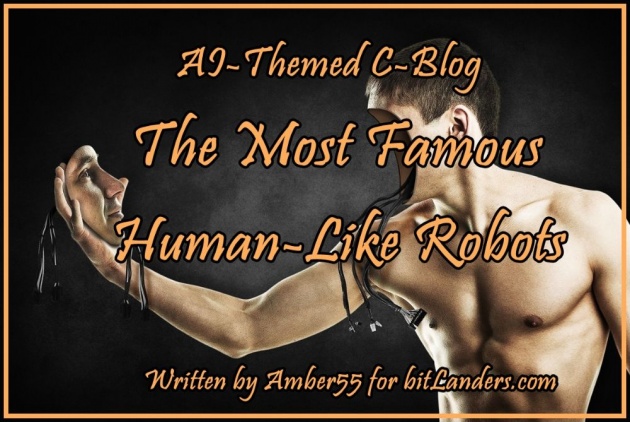 Like many other inventions, the humanoid robot came to life from science fiction novels. In the screened version, the future of such robots was most vividly shown in the Star Wars epic. It took several decades, and fiction has become a reality.

Just in the last century, the robot was associated with a clumsy mechanism that moves with a gritting and looks more like a pile of metal with a mess of colored wires than a human. However, science did not stand in one spot; engineers learned how to create smart machines of various forms, including animal robots, and anthropomorphic structures with incredible similarities to humans became the crown of creation. We call them humanoid robots.

Robots entered our lives a long time already. Outwardly they are more and more like humans, and their functionality is expanding every day to incredible proportions. Looking at all these creations, it is unbelievable that the word robot itself was first sounded less than a century ago.

The first androids were huge creatures of steel, weighing more than 120 kg and able only to move some limbs due to electric control. Modern human-like robots can read the interlocutor's emotions, conduct meaningful conversations, memorize faces - every year they look more realistic and behave more naturally.

But it is a mystery to me, why a person surrounded by six billions of his own kind, wants to give the mechanism an anthropomorphic appearance. Perhaps everyone wants to become a creator and create a creature with unusual abilities by his own view and likeness.

People tend to create creatures similar to themselves, such as robots with two arms, legs and a big head with eyes. These human-like robots are similar in appearance to humans, and often they can already do much: to speak or do different actions. Often they serve not so much for games, as for scientific work.

I collected some info about famous human-like robots that are so far most similar to us and created Querlo chat about them. You are welcome to chat with me about them:

As you see in my C-Bog at Querlo chat: The Most Famous Human-Like Robots, it is no matter whether we like it or not, thanks to the rapid development of technology and the huge money invested in the development of robotics, the era of robots has arrived. Every 6 months there are new items in the field of computer technology, and every year in the field of robotics. The latest modern robots become more and more like a man.

The faster engineering and programming develop, the faster the improved artificial intelligence will appear. Only 15 years ago, robots on wheels appeared that did not have a range of functions, today there are already models that can read and recognize human emotions.

Robots can sing, dance, lead intellectual conversations, memorize family members and friends. All this greatly brought the iron people closer to the cherished goal - clever human-like robots' creation. In 2016, Bill Gates predicted that over the decade, there will be robots capable of seeing and moving as well as a human being. Developments in this direction have been going on for a long time. Perhaps Microsoft’s co-founder’s forecast is true?

Today, robots are our helpers. They cool and heat food for us, clean the apartments, and take us around the world. Today they are helping us. It seems the robots will be able even more to help us in the future; only the machines will become smarter and more perfect. Thanks to robots, science is developing, the process of evolution is accelerating, and people are conquering more and more new steps to improve themselves and the world around them.

We should be not afraid of robots and perceive them as something dangerous, because everything unknown is dangerous, but it is because of the risk and the danger, the likelihood of bright and developed future increases.

Anyway, bitLanders took a great decision of being a part of Artificial Intelligence as it is our future.

In the time when more and more robots surround us in our everyday's life, it is no surprise that we want to know more about these creatures. Don't hesitate to check my C-Blog: The Most Famous Human-Like Robots. You are welcome to chat with me. And after, you may get an idea to write your own blog about artificial intelligence in support of bitLanders AI-THEMED BLOGGING.