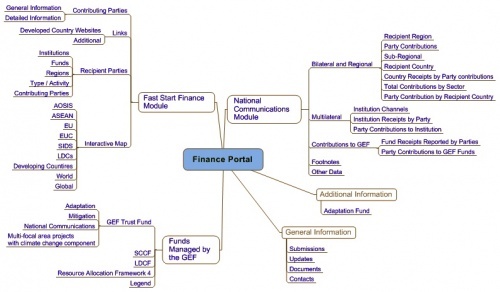 New online database launched today by the UN will showcase successful strategies that businesses and communities are using to adapt to climate change while simultaneously increasing their profits and using their resources more efficiently. Database can be accessed through the UN Framework Convention on Climate Change (UNFCCC) - unfccc.int/2860.php website, features more than 100 examples from companies such as Coca-Cola, Levi’s, Microsoft and Starbucks, which share the details of their business-friendly adaptation practices. Examples of Best Practices: “By showcasing private sector adaptation success stories, we intend to help both communities and businesses become more climate-resilient and to put the benefits and business sense of adaptation firmly on the agenda of the private sector,” according to UNFCCC Executive Secretary Christiana Figueres, “Climate risks which affect communities around the world are always also business risks.” (Also Read: “Green Economy in a Blue World” - diplomaticallyincorrect.org/films/blog_post/green-economy-in-a-blue-world-a-un-initiative/44178). “The initiatives detailed in the database both show how the private sector can secure early advantages by adapting without waiting for absolute policy certainty at the international level, and how governments and the private sector can work together to respond to climate change now. Public-private partnerships and cooperation with a wide range of stakeholders is becoming increasingly important to ensure successful implementation,” Ms. Figueres said. Read: - “How to Fund/Manage Green Climate Fund (Private or Public Sector)?” - diplomaticallyincorrect.org/films/blog_post/how-to-fundmanage-green-climate-private-or-public-sector-by-ambassador-mo/42507. Momentum for Change Initiative: The UNFCCC secretariat’s Momentum for Change Initiative provides a platform to showcase successful public-private partnerships at all levels that have led to positive changes for both people and the climate. Also Read –“Environment Emergencies Ahead of Rio+20”- diplomaticallyincorrect.org/films/blog_post/environment-emergencies-ahead-of-rio20-by-ambassador-mo/39348 LINK to UNFCCC - unfccc.int/2860.php By Ambassador Muhamed Sacirbey - Twitter - @MuhamedSacirbey Facebook – Become a Fan at “Diplomatically Incorrect” Twitter – Follow us at DiplomaticallyX Much more at “Ecology-Diplomat” Channel - diplomaticallyincorrect.org/c/ecology-diplomat ABOVE PHOTO Courtesy of UNFCCC: - unfccc.int/pls/apex/f?p=116:1:4196429269688947 "The UNFCCC Finance Portal. This portal is a gateway to information on activities funded in developing countries to implement the Climate Change Convention. In particular, it aims to assist Parties in tracking the financial mechanism of the Convention and to inform the intergovernmental process under the UNFCCC and relevant stakeholders on the mobilization of resources to support developing countries in the implementation of adaptation and mitigation projects and other activities under the Convention.