The story of Buddy, a dog, who can play basketball and even American football. Kevin Zegers stars as Josh, a young teenager coping with the loss of his father and guys, who try dating his mother Jackie. Buddy likes his new vet, Dr. Patrick Sullivan portrayed by Gregory Harrison and he arranges Jackie to "bump" into Patrick. It works and they take a liking to each other. Seeing this Josh doesn't want to be home much to see his mother act like a teenager in love so he decides to join the football team with his friend.

Suddenly Buddy shows that he too can play, but at the same time there are two kidnappers around trying to find animals to act in their circus and they intend on snatching Buddy. When Josh's team the Timberwolves land in the finals with Buddy's help Patrick proposes to Jackie. Josh sees this he runs away from home and Buddy goes missing. I found it strange seeing a dog play for a team not that I live in America nor do I know too much about the rules to American football and I never thought I would see a dog play in a team, but miracles do happen...that and a good dog trainer...Good movie very suitable for kids. 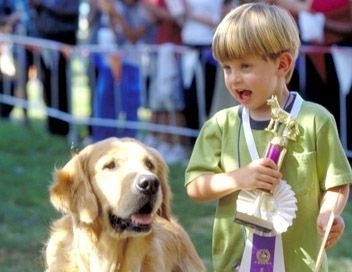 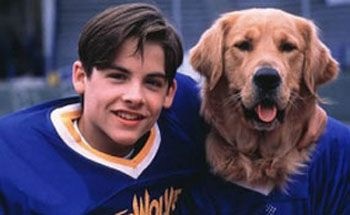 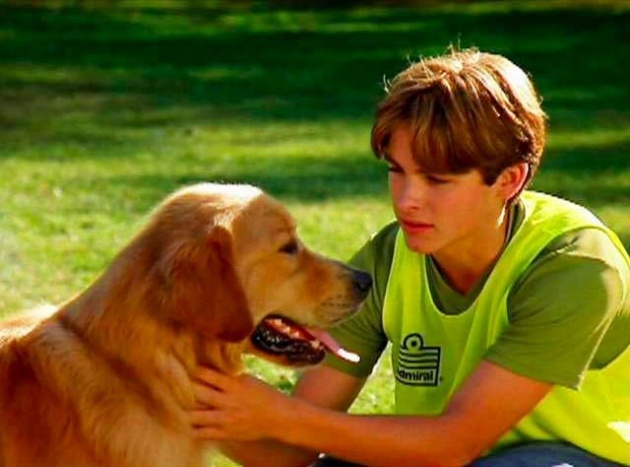 Air Bud was a 1997 film about a basketball playing golden retriever that spawned 12 sequels. The original Air Bud died of cancer, but he's still inspiring people of all ages. Kevin Di Cicco of Air Bud Productions came to town today and put on a show with some of Air Bud's offspring in front of a thrilled group of kids at the Southwest Community Center.

The dogs are on a four-month tour to promote Go Buddy! The Air Bud Story. The tour will span 40 states. "It really is gratifying not only to inspire children, but also to help raise and heighten the awareness for animal rescue," Di Cicco said. "Air Bud himself was a rescue dog and it really shows you, you take a tennis ball and a stray dog and now you've got more sequels in Hollywood history than any other film character." 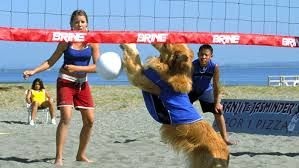 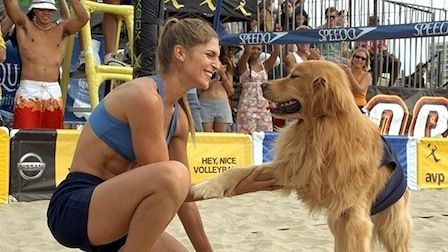 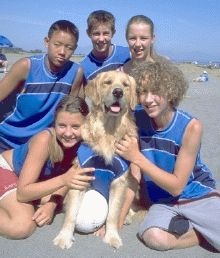 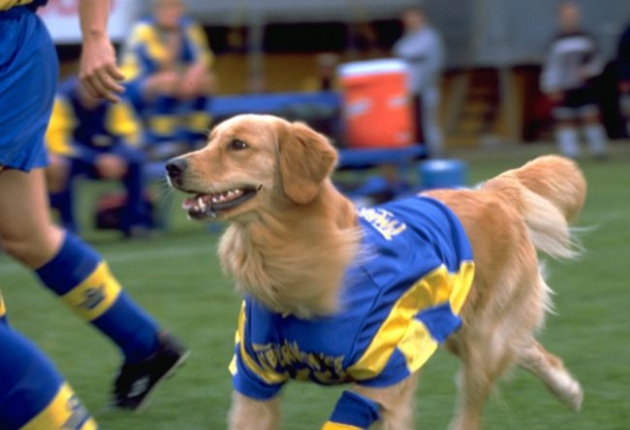 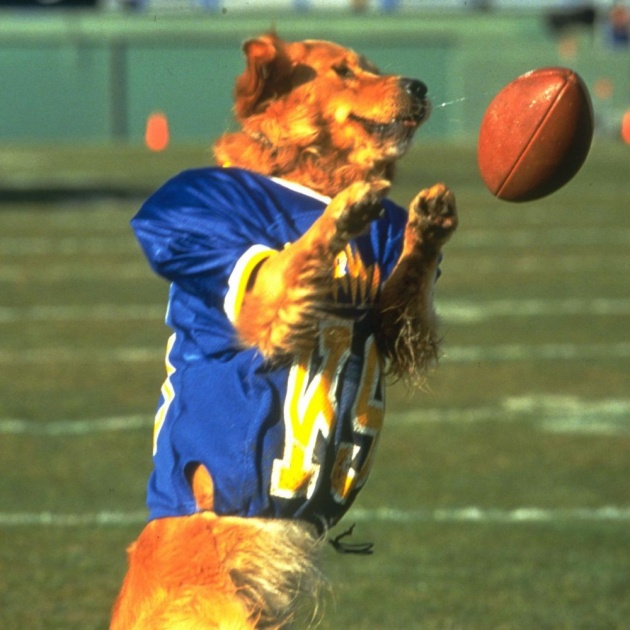