All New Season of Big Boss: Season 8 Soon to Start on Colors 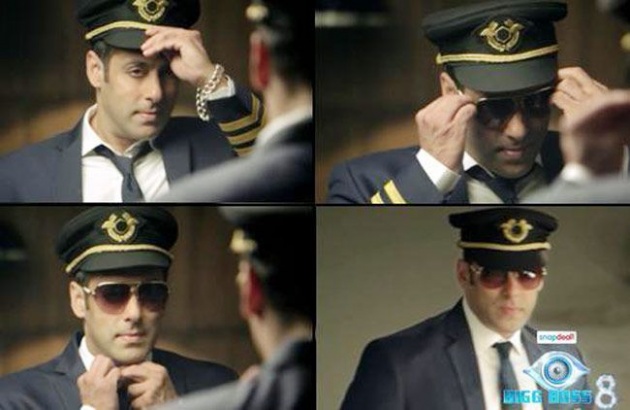 All New Season of Big Boss: Season 8 Soon to Start on Colors

The most popular TV reality show, Big Boss is all set to launch it’s yet another brand new season – Season 8 this September, 2014 though the date is not yet announced. The previous seasons of the Big Boss show was launched in the month of September. Hence even for this year it can be safely said that season 8 of Big Boss will start after the end of Jhalak Dikhla Jaa, the dance reality show on Colors, on the 20th September. Big Boss Season 8 will be hosted by none other than the Dabangg hero and favorite Bog Boss host, Salman Khan.

In this season of Big Boss you will find a colorful mixture of celebrities who are well-known in their various fields. There are a total of fourteen contestants participating in Big Boss Season 8. If you have seen the past seasons of this celebrity TV reality show then you will know that almost in every season there is one celebrity which is not an Indian who participates in the show. This time in Season 8 it is expected to be Lulia Vantur, the Romanian model, quite popular as Salman Khan’s ex-flame. The celebrity couple of Big Boss this season is said to be Gurmeet and Debina who also participated in the Season 5 of “Khatron ke Khiladi’. The other celebrities who are expected to be present in Season 8 are:

Theme of the Interiors of Big Boss Season 8

The interiors of Season 8 of Big Boss are based on the aircraft theme. The inside of the house is made to look like a luxury airliner. This explains the pilot avatar of Salman Khan in the promo of the show, doesn’t it? Sit tight as the journey in the Big Boss’s house will begin soon!!