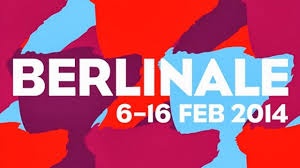 The 2014 Berlin Film Festival has announced their impressive lineup which runs from February 6th to the 16th.  The much-buzzed about "Nymphomaniac Volume 1 (long version)" by Lars Von Trier is part of the "out of competition" lineup, as well as Wes Anderson's "The Grand Budapest Hotel" in competition.  Two auteurs for your enjoyment!

George Clooney's "The Monuments Men" will also be screened out of competition.

"Praia do Futuro" ("Beach of the Future"), Karim Ainouz.

"La tercera orilla" ("The Third Side of the River"), Celina Murga.