AmeriCares - Because Everyone Deserves a Care!

"Such a little amount, yet it will bring a great help to someone who needs it the most" - that is what's always on my mind whenever I will be clicking those buttons to donate to each charities that we can see in the shop. I never thought that such site do exist - getting paid for what we are sharing at the same time we get the chance to help others through donating a part of what we are earning.

At first, I was really hesitant to donate as when I've started in here, I really thought that it would take forever to earn. But I was wrong. Indeed I was wrong. The site has given so much opportunities for us to earn a penny on our own simple thoughts and in return even if it's just a little amount, indeed we can help others through this simple gift giving.

This is my 12th donation actually, and it always feels great that I'm giving a part of my earnings in the site.

I was just hooked when I read what AmeriCares Foundation is all about. It is an emergency response and global health organization committed to saving lives and building healthier futures for people in crisis in the United States and around the world. When there's a crisis going on around the globe - poverty, disease or deadly confict, they are there willing to give their aid and help. Since 1982, they had been very dedicated to help so many people who had been inflicted by man-made or natural calamities.

Remember  Super Typhoon Haiyan or Yolanda (as being named and known by so many Filipinos) which had strucked the Philippines last November 8, 2013? Indeed AmeriCares was there within 72hrs when the typhoon devasted the land. They had already had there team on the ground delivering, coordinating, and giving out there all out support to all Filipinos who had been damage severely by the wrath of Super Typhoon Yolanda.

I was really sadden with this news during the time the typhoon made its land fall in the Visayas Region. I even cried while watching the tv seeing those dead bodies on the streets, family losing their relatives, a mother/father loses his/her child, damaged homes, and so many are begging for food as they could not hardly find any means to live during that time.

So many are helping, donating (I even donated some clothes and goods then) and giving out there help to those inflicted by that tragic incident. And good thing, this institution was right then and there giving aid to those who needs it the most. They provided more than $21 million in aid to help survivors of this deadly storm.

I've been exposed to medical concerns when I was in college as I had taken up BS in Nursing, and medical help is one great thing that this group is concerned about. Now I'm very much pleased to donate more and more even though it's not that big.

Why not? Any help - big or small is still considered a help when it is given to someone. And I am just thankful and blessed enough that I had become a part of this growing community. Kuddos to bitlanders for giving me this great opportunity and hoping for more fruitful years to come as I will continue what I have started in here. 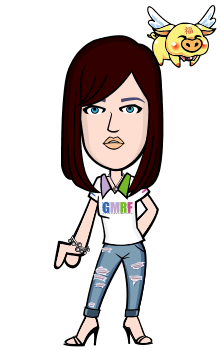