AMERICA''S GOT TALENT A TV SHOW

America's Got Talent is an American reality show on the NBC channel, It is a talent show that is featured singers, dancers of all formats, magicians performing live, comedians (which is a stand up comedy), and other performers of all ages (others, young and children) competing for the advertised top prize of one million dollars cash money. The show was first aired on June 2006 for the summer television season. From season three (2008) ongoing , the prize includes the one million dollars cash, payable in a financial annuity over 40 years, and a chance to go through a show on the Las Vegas Trip. Among its significant features is that it gives an opportunity to talented people who are unknown performers, with the results prepared by the judges and decided by an audience vote. The format is the most  popular one  and everybody liked that show all around the world and praised it so much.

Hosts of the show

Regis Philbin hosted the America's Got Talent in season i in 2006.

Jerry Springer hosted the America's Got Talent from 2006 to 2007.He hosted the show for two Seasons.

Brandy Norwood casts as the judge of the show in 2006 of America's Got Talent In the early first season then she left. 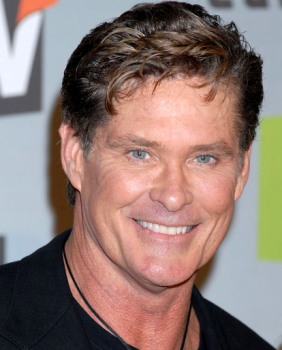 Sharon Osbourne became the judge of America's Got Talent from 2007 to 2012.

Howie Madel became the judge of America's Got Talent from 2010 to onwards.He is still the permanent.

Heidi Klum is the judge in the TV show called America's Got Talent from 2013 to onwards.

Simon Cowell is doing work as the judge in the show from 2015.

Seasons of the Show

In May 2006, NBC TV channel announced the new show. The audition took place in June. Auditions were held in the main cities like Los Angeles, New York, and Chicago and people came in numbers for the auditions.. Some early ads for the show force that the winning act would also headline a show at a Casio, possibly in Las Vegas; however, this was replaced with a one million dollars due to concerns of minors playing in Las Vegas, should one become a champion from all the performers of course. More than 12 million viewers watched the series. The show was broadcast at night for two hours and it was the night's most-watched program on U.S. television and the highest-rated among viewers aged 18 to 49.On.

The winner of the Season was the 11 years Old Girl Singer Bianca Ryan. 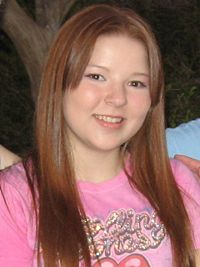 The second season premiere was in January 2007 and aired at 8 pm on every Sunday night, with no separate results show, the network change the timings of the show and pushing the show back to the summer, as the first season had great success. This little change kept the show out of direct competition with American Idol, which has a similar praise and is more popular. In March, NBC announced that Philbin would not return as host of the show.

The finale was shown on TV Tuesday August 21 and the winner of the show was Terry Fator.

Season three was started on June 17, 2008. Auditions took place in New York from January to April.

Winner of the season

Neal O Boyd was announced as the Season 3 winner he was singer an opera singer.

Season four was started on Tuesday, June 23, 2009. It was the first with respect to a TV show broadcast on High Definition. Auditions for this season were held in more than nine cities of America. New York and Miami Auditions were held late during March. In addition to live auditions and the ability to send in a home audition tape, season four offered the opportunity for acts to upload their video and send direct to NBC.com for their online registration. This year's host was Nick Cannon. The winner of the Season 4 was a Singer Kevin Skinner

In season five, the network had decided moving the show to the fall, after rival series So You Think You Can Dance which started from the summer fall season in 2009. NBC ultimately decided to keep Talent for show.

For this purpose open auditions were held in the winter to early spring of 2010 in Chicago, Dallas, Los Angeles, New York City, Orlando, and Portland,but for the first time, online auditions were also held via You Tube.

Winner of the Show

The 5th season Winner of the Show was a Singer named as Micheal Grimm.

Season six was special for the viewers aired on Tuesday, May 31, 2011, with the duration of two hours.

The show's auditions were held in Los Angeles, New York, Atlanta, and Houston. Non-televised The producers were not related to television and their auditions were also held in Denver and Chicago. the special previews of auditions were shown during NBC April 26. Online also  auditions held via You tube were also held for the second time in the show, starting on May 4. The chosen talented contestants for this audition circuit competed live on August 9.

The of Season 6th was a singer named as Landau Eugene Murphy Jr.

Season seven was aired on May 14, 2012. The first round of the auditions, were held in New York, Washington, D.C, from October 2011 till February 2012. The show began its live theater performances in Newark, New Jersey's on February 27. On December 2011, Simon Cowell, the executive producer of the show, announced that the show would be receiving a top to bottom new makeover, confirming and that there would be new graphics, lighting, theme music, the intro of the show, logo of the show, and a very big live audience at the New Jersey performing Art center in Newark.

The winner of the Season was announced named as Olate Dogs at the end of the two-hour special episode.

Season eight of America's Got Talent premiered on Tuesday, June 4, 2013. The new season was announced in a promotional video shown during a commercial break in the live show. This season, the auditions traveled to more cities than ever before in other Seasons. America's Got Talent moved its live shows to Radio City Music in New York for season eight live. Auditions in front of the judges and an audience were also allowed to make videos on March 4. The show passed through different cities like New Orleans, New York, Chicago, Los Angeles, and San Antonio.

Winner of the show

Season nine premiered on Tuesday, May 27, 2014.The live show return to Radio City Music Hall on July 29. There was also a new turn in the show, called "Judgment Week" was held in New York City instead of Las Vegas. Judgment Week was originally put in to be held in front of a live studio audience, but after the three acts performed, the producers back-forth the live audience concept.This season make up with the one change added that was announcement of a Golden Buzzer. Each judge gets to press the buzzer for once to give right or wrong to save an act, it was when there is a tie.

Winner of the show

The winner of the show was a magician named as Mat Franco for the season 9.

Season 10 was aired on May 26, 2015.The Producer's auditions began on November 2, 2014, online submission was also accepted. Auditions started in front of the judges on March 2, 2015 at the New Jersey Performing Art Center. They continued at the Manhattan center in New York City and the Dolby Theater in Los Angeles. This Season was special with respect to the contestants because"extreme" audition session were held outside the doors in open environment where danger acts performed outside for the judges to an outdoor stage.

Winner of the Show

The winner of the show was named as Paul Zerdin