The train service that is the main one is the United States is called Amtrak. This train service has routes all over most of the country. There are a few smaller train services that run just in the state that they are in or the area such as 3 or 4 states in one local area.

I live in the Washington,DC area of the United States and my daughter and I took a train over 800 miles to the central part of Florida 3 years ago.It took 19 hours! First the train was 25 minutes late getting to the station in Washington,DC to pick us up, the staff on the train was very rude to the customers, the air conditioner was way too cold.....everyone was complaining. The car attendant kept telling everyone that there was nothing they could do about it.

At one point they stopped for smokers to step off the train to smoke a cigarette and when one person was trying to get back on the door closed and they would not open it to let him or her back on to join their family and luggage to continue their journey. Who knows that person could of had a sleeping child on board!

When we ended up getting to the station in Kissimmee, Florida I was told that the customer service represenative that had told me that I needed to bring an extra empty suitcase for items to bring back had lied to me that was not necessary.

That trip was not very good and we were very glad to finally be at our destination!

Seven days later to head home, we went back to the same station in Kissimmee where the train was 45 minutes late to pick us up! However the staff was courtious, the temprature was comfortable and the bathrooms remained open. 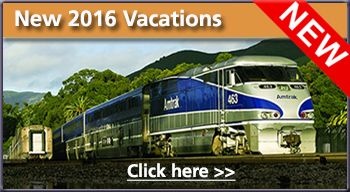 Hopefully our next trip will be much better!

STORY OF LAKE ATTABAD PAKISTAN This is lake attabad lake in pakistan,hunza valley. its the most bea…

Moving During the Winter Months

Winter is definitely not the best time of the year for doing house relocation. The weather is bad, t…