Accidents are very common in big cities as there are many modes of transport and road are narrow and over crowded. We hear of them and read about them in newspapers almost daily. Such accidents often result in lose of life and material. These are caused by the carelessness of the drivers and their ignorance and negligence of the traffic rules.

Once, my brother and I decided to see a film at Golcha cinema at Daryaganj in Delhi. As we were getting late for the show, we began walking faster along the crowded road. All of a sudden there was a loud noise. I saw a man rolling on the ground He was knocked down by a car. The driver was driving it at a normal speed. He saw a lorry coming from the opposite direction It was being driven rashly. The car driver feared a collision. He tried to turn the vehicle aside, but his clutch wire broke and the machine got out of his control. It ran into a passerby and hit the pavement.

The man was seriously wounded. He sustained injuries on the head and face. His nose was bleeding and his leg was badly bruised.

A crowd gathered on the spot. The wounded man was removed to a nearby hospital. Some people started abusing and hitting the car driver. Someone tried to convince them that it was not his fault. It was just an accident.

Luckily the victim was declared out of danger. His wounds were dressed and he was advised to rest in bed to get over the shock. 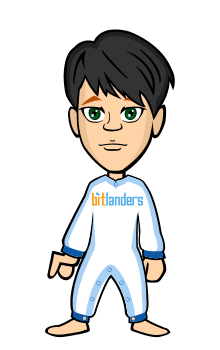 Image Credit: by @artbytes via bitlanders This was not originally on my list of blogs to do until th…

My 2 Day Trip To The Amazing Surigao del Sur, a must visit place in Mindanao