My name is Ezzar, a name one cannot guess if it is for boys or girls, and I want to write a few lines of my life story. I was born in 1963 in a middle class patriarchal family in Herat City, one of the cities in Afghanistan. When I was seven years old I started school and could only study up to 8th grade. I passionately liked to continue my education but, alas, unfortunately I was not allowed to go further; instead, had to get married at the age of 15 and my journey to a difficult life began. By becoming a so-called bride I started my life, as it is said here one’s true life starts when she gets married, and I went to Khaane Bakht or in-law’s house ( where it is said once you go there you’re supposed to be fortunate).

After a year I had a baby girl whose life is so pathetic and has such a destiny that I am not able to bring them to words. She was a 40-day old baby when the war broke in Afghanistan so we couldn’t stay in Herat and were forced to leave our house and entrust it to the hands of God, just with our clothes on we departed toward our neighbor country Iran. On the way to Iran I and the 40-day-old baby had to mount on a donkey and were on the same route for 7 days and nights; walking on thorns and rough small stones until got to a small city by the name of Tayebaat. My father-in-law a very kind man, wanted to take us to Iran prepare a shelter and himself comeback to Afghanistan. But fate is the one who decides what it is in our future.

I don’t want to be wordy and explain in details; after 2 months in Mashhad, a city in Iran, my kind father-in-law had  a motorbike-accident, he was hospitalized four 4 months and didn’t make it, he our only support died there in  the hospital and we were left alone with a 3-month-old baby in a foreign country. We had nothing to live with; on the other hand I and my husband were inexperienced in terms of living alone so we had no idea what to do.  The life became so difficult to manage in terms of making a living and making ends meet. We pushed life on and passed more 4 months, my mother-in-law with four children came over to Iran to live with us. It takes too much to understand what is it like living in a foreign country, deprived of father, house and money along with too many children and just one man to earn a living. In times I witnessed that fate shows no mercy and does whatever he wishes; thus, what I could do was just remaining patient. We managed to go on two more years; God grants his people their living. Now I have 5 more sons after my daughter, one of whom died in his childhood as a result of poverty and inability to give him enough milk, sometimes I wondered how I am going to cope with this lot. Fortunately God helped us and (Tir Shod), a term we use here in times of difficulty which means ‘all vicissitudes of life will pass; so don’t mind’. 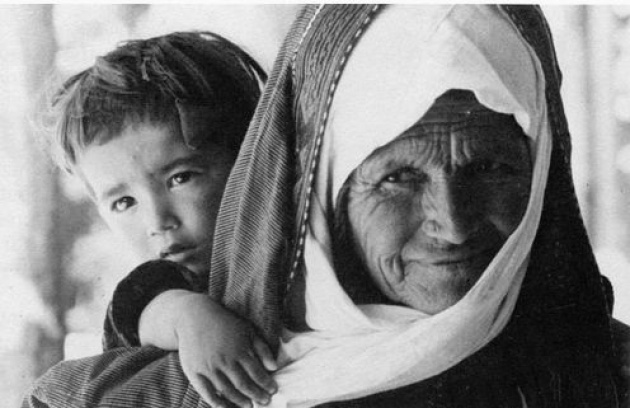 Oh friends! Now that I’m writing this memo my daughter is 33 years old and my youngest son is 20, could you imagine what it was like bringing them up in such a living situation, how desperate it became at times, honestly I had to challenge to the topmost of my strength in order to face the life.  I have lived 34 years in such a way so far and now back home in Afghanistan got 2 sons and only daughter married, my only wish is a successful  along with peace life for my children.

I can’t help writing a little about my daughter who is now 33 with 2 children, a son and a daughter. They’ve never had a good father always with them and now they are alone by themselves for 3 years; she is suffering because she was married to a rich man. Now I rue the day I consented to her marriage. Thinking about her I completely forgot my own problems and can just wait to see what her portion of life is. Of course everybody knows this is not the life she deserves since each girl in this age has her own longings.

One day I will write the full book of events to let the world know what our lives are like and nobody is aware. I always pray God for a good life to all the afghan girls a life in a way they like and they wish, because it needs someone like me who can visit her daughter once in 3 years and understands her to the heart in terms of challenges she is facing. I wish no mother suffers like me. I have just written a few lines of my life and hope I could write the whole story of my life and my daughter life in a full book in order to tell the world what it is like being an afghan woman. We the Afghan women are just alive and have never tasted the pleasure of living. I hope now some of you receive our voices and from deep of my heart wish a peaceful life for all Afghan youths.

Amir Sharify was born in Herat-Afghanistan. He is graduated from High school in Herat.Amir has been teaching Advance English Classes since 2008.He has intrest to reading English novel books and football.

7 countries for work and life: how to move and settle down

Hi BitLanders, Everyone in this world imagines to live and work in the best of the conditions around…