An Ode to Short Films and How Much They Rocked at the Tribeca Film Festival, Plus How Online Film Distribution Helps Shorts

Short films are a big part of my life. I scout them, watch them, curate them, talk to filmmakers who write and direct them, and have made some here and there myself. Last week, at the Tribeca Film Festival, I dedicated 90% of my time to watching shorts and meeting with filmmakers who make shorts. It was an absolute thrill. Watching a good short film is so refreshing to me. It makes my day better. It's like taking an Advil when I have a headache. I have to admit... short films are my drug.

But when you go film school, which is what I sort of also did, you don't get to watch a lot of short films. You watch a lot of features. You watch Lawrence of Arabia, which is 216 minutes long. And it's cool because you get to stare at Peter O'Toole's once beautiful face for more than 3 hours. Sometimes, they make you watch the shorts that your school's alumni made - the ones that made it to festivals. You feel proud and perhaps envious. You want to make great shorts like that, but you keep starting at Peter O'Toole's face instead.

I've been wondering about why they don't make you watch shorts in school. And before the Internet "happened", where did people find and watch shorts?! Doesn't this boggle your mind? It surely boggles mine. A few years ago, when I was going through my French New-Wave obsessed period, I found out about Francois Truffaut's short film, Love at Twenty (L'amour à vingt ans) also known as Antoine et Colette, and I watched it on YouTube. It has been my favorite short film ever since. Again, when I found out that Eric Rohmer made the amazing Six Moral Tales (Contes moraux) series, which consists of 2 shorts and 4 features, I pinned them down on YouTube and then on Netflix. The Girl at the Monceau Bakery (La boulangère de Monceau), which is a 23-minute short, has also become a favorite. I guess it's obvious that I like my shorts long.

Watching shorts at the Tribeca Film Festival last week was such a great experience, because I got to see what short filmmakers are making right now. We get a ton of submissions at Film Annex, and I watch a lot of films online, but those films can be from 2012 or 2006, or even earlier - you never know. As I've mentioned in my previous post, I was absolutely impressed with what I saw. And, of course, I have my favorites. Here's a brief look at them: 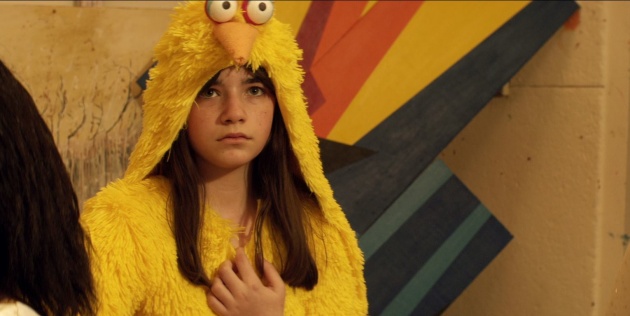 When does a girl become a woman? If you're a woman reading this, I'm sure you remember that awkward moment when you got your period for the first time. If you're a man, I'm not sure how much you know about the feelings involved when you see blood on your panties. Wait, you don't even wear panties! Stephen Dunn's Life Doesn't Frighten Me is a fantastic short film that tells the coming-of-age story of Esther Weary, who has to deal with the first steps of becoming a woman with little help from her clueless grandfather and his pet pug. The colorful, beautifully-shot West Anderson-esque film walks you through the strains of growing up, feeling ugly, not fitting in, and finally "just sucking it up." Find out more on the film's Facebook page. 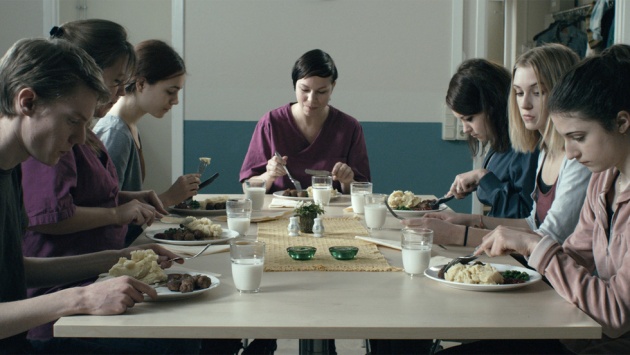 Anyone with an eating disorder? Or know someone who does? This 13-minute Swedish film depicts the painful reality and the experience of struggling with an eating disorder in an incredibly subtle, yet shrewd way. Throughout the film, we watch Klara, a 15-year-old, trying to eat lunch in 30 minutes with four other youngsters under the supervision of nurses. Set in a single location, the film, directed by Sanna Lenken, is absolutely hypnotizing and a little bit disturbing with terrific performances from the actors. Also an official selection at the Berlin Film Festival. More info here. 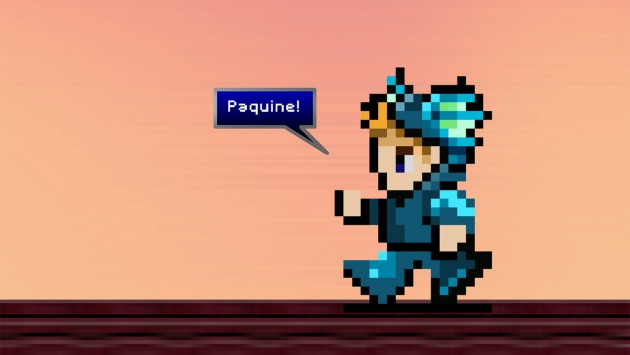 RPG OKC is an 8-bit style, short animated film by Emily Carmichael that tells the story of two video game characters, Paul (SoldierBoy) and Paquine (RedSky), who strike up an unlikely romance on the Internet. The film stands out with its killer humor and sharp dialog, making it one of the smartest and wittiest shorts at the festival. Its commentary on online dating and pop culture references are right on point. As funny as it is, RPG OKC is also severely sweet and heartwarming. Somehow, you're extremely interested in the lives of these pixelated characters and want them united. While SoldierBoy seems to be a medieval warrior, RedSky seems to live in the middle of a desert, chatting online and occasionally staring at the "Sea of Nothing." But, you have so much more in common with them than you can ever know. Absolutely recommended. Watch the film here. And we hope to show it also on Film Annex!

With online film distribution, access to shorts is easier than ever. Filmmakers have more opportunities to fund their shorts now via Film Annex or crowdfunding sites like Kickstarter and Indiegogo. Here's a blog by Film Annex's social media coordinator, Jennifer Bourne, which analyzes the current state of cinema and online film financing. Take a look.