"Film Annex makes promoting on social media really easy. With a few clicks of the mouse, your film will have been posted on all of your different social media networks." - Andy Parker.

Andy Parker is part of what we are now used to call the UK crew. He likes to fill his films with surreal atmospheres and also does a lot of time lapse photography. He's currently on the #5 spot on Eren's Picks thanks to the efforts he puts on sharing on social media. He understood how to combine film distribution and advertising through social media to make his work known. 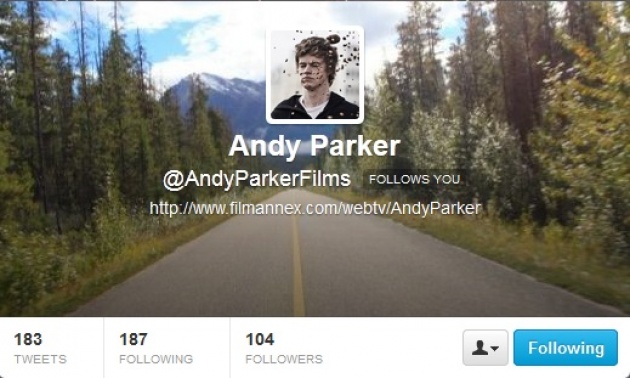 Below is an interview of Andy about how he uses social media as a film promotion tool and his thoughts on online film distribution.

FA: What social media platforms do you use? Which one(s) do you think is(are) more efficient for filmmakers to use to promote their work and why?
AP: I mostly use Twitter at the moment as I feel it is easier to connect with a larger audience outside of your close friends group. Facebook is also a great way to promote your work especially with the use of sharing. If your friends/family share or retweet your work, it reaches a much wider audience very quickly.

FA: Did you make interesting contacts or create business opportunities by sharing your work on social media?
AP: Most of my time-lapse work has come from people seeing my work online which is great. I have also had people asking to buy or use my footage for films they are making. The contacts have sometimes been from other countries which really demonstrates how promoting your work online can effectively reach a worldwide audience.

FA: Give us an example on how you promote your Web TV or work in general on social media?
AP: On Twitter, I really try and make use of the hashtags. If a certain hashtag is trending, and I feel it relates to one of my films and/or blogs, I will use that in my Twitter post to reach out a wider audience. You have also got to make your promotion 'clickable' so I always try and make my post interesting enough to make people want to click on it.

FA: Did you see a change on your revenues on Film Annex after promoting your Web TV on social media?
AP: Absolutely! I have always been quite tentative when I promote any of my films online but Film Annex has given me a real incentive and encouragement to promote my work as much as I can. Film Annex also makes promoting on social media really easy. With a few clicks of the mouse, your film will have been posted on all of your different social media networks. It has almost become a fun challenge for me to try and increase my buzzscore!

A post on LinkedIn linking to his Film Annex page.

FA: Do you have any tips for other filmmakers on how to promote your films on social media?
AP: Promoting films is a skill within itself and I guess the best advice I can give is to take some time everyday to learn more about the different and most effective social media platforms and how you can use them to help promote your work. One thing I have most recently learned is to target your promotion towards companies or people who relate to your film. I have recently made a film about my travels in Canada and I intend to target the promotion of it towards travel companies and Canadian tourist boards. If they share your work, more people end up seeing it!