Animated Movie in the Eyes of an Adult Fan(Part 2)

You will find more happiness growing down than up."--Author Unknown

Adulting or grown up person as they say is a struggle. And I agree. You have to think a lot of things, make other priorities, well, aside from working hard. There were times when I wish I like that little child again, still not minding a lot of things, not worrying that much. With that, I keep my child-like heart in the corner and switch it on if I need it.

Being an adult who thinks a lot, I have a way of keeping that little child on me and that is watching animated movies. It gives a certain warmness on my heart and keep my heart lighter and most of all, the lesson I have always learned and somehow being forgotten most of the time.

And here is the continuation of my list of top ten favorite animated movies of all time.

This is a story of an overprotective father named Marlin to his son name Nemo. That when Nemo was lost in the Great Barrier Reef, the adventure of his father in search for his son and on the other hand, Nemo meeting new friends while being kept in a fish tank.

Will the father and son be able to see each other again?

They met and with the help of the other sea creatures, they reunited.

We tend not to listen to our parents, thinking that they are overprotective, strict and all of that. We just don't realize or see the love hiding in that act. With the generation that we have now, more children have stopped listening to their parents compared to the previous years. Some even fought back to their parents and it is just saddening.

Aside from the parents' love, I have learned with the line said by Dory, "just keep on swimming', that no matter how hard life can be, I have to keep on moving to be able to find what I am looking for. I can not just go with the current of the waters, for I might get lost in the deep sea of life. Keep on swimming is the best thing to reach the goal in life. 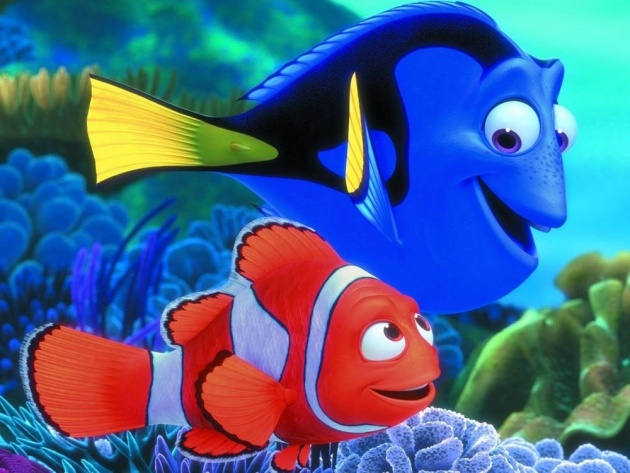 *Image is credited to wallpapers-xs.blogspot.com

A rookie cop and a bunny. That is first impression you can see with Officer Judy Hopps. Why would a bunny be a cop in the world where the toughest animals are working?

That little bunny have fought and worked hard to become a cop, even gradutaed as the class valedictorian. But despite beig the top of the class, with her being a small bunny, she was put on parking duty which she didn't like. Officer Judy Hopps wanted more that just issuing parking ticket, seeing an opportunity to crack a case, she hop in with the help of a con artist fox named Nick Wilde, she is up tog the case

Will they be able to find out what has been going on with some of the missing animals?

They did. Both Judy and Nick find out what has been happening to those animals. And it is being done by someone Judy didn't expect.

It is not how badly you want something. It is about how you are capable of."--Chief Bogo

We are all like Judy Hopps, we have our drems, goals and aspirations. That despite doing our best, we are sometimes being asked of what we are capable of. Most often than not, we are being underestimated by our looks, by our appearance.

And with that, we can also be like Judy Hopps too, proving our worth to those people who are questioning our capabilities because we can be "small" on their sight but we can do "BIG", bigger than what some have thought about us. Just keep on fighting. 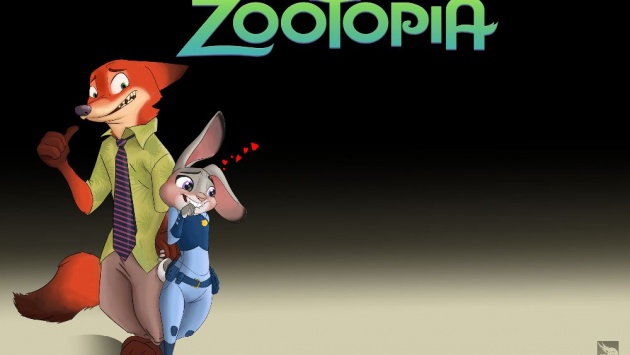 *Image is credited to hdqwalls.com

The movie is about the girl named Mulan, who have joined to serve the army, taking his father's place and have to disguise as a male. But will they find out that Mulan is a female?

They have found out that she is one, but that didn't changed the fact that Mulan have to cover for her ailing father, so she must be firm with her decision and prove her worth to the army. And in the end, saved the Emperor.

You must be swift as a coursing river, with all the force of a great typhoon, with all the strength of a raging fire, mysterious a dark side of the moon."--Shang

Being a female can be tagged a the "weaker" one, but with Mulan, she proved that we. women are not as weak as what people have thought. She proved that there is equality in terms of strength. Aside from that, the movie taught me about a daughter's sacrifice and love for her family too. Yes, the things we do for our love, for our family. 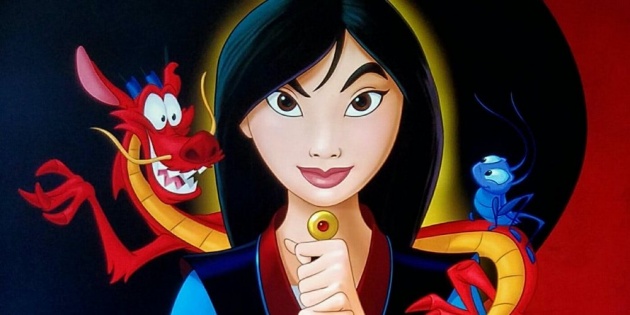 *Image is credited to screenrant.com

Who would have not know the movie? The movie about two sisters named Elsa and Anna, one that has a cryokinetic magic and the other one is optimistic, respectively. Both sisters have grown up close until Elsa accidentaly hurts Anna and that made her shut herself to the world, with the fear that she will be hurting everyone she love.

Will the two sister will be the same way again?

With the help of Kristoff, and with Anna's staying positive about Elsa's getting the hang of her power, the two have became the same way again.

Some people are worth melting for."--Olaf

There are things that we can say that it is beyond our control, things that happen that we didn't plan or meant to happen. But if we keep on staying positive, we somehow know how to overcome those things. Just hold on, and let go some of the bad vibes. 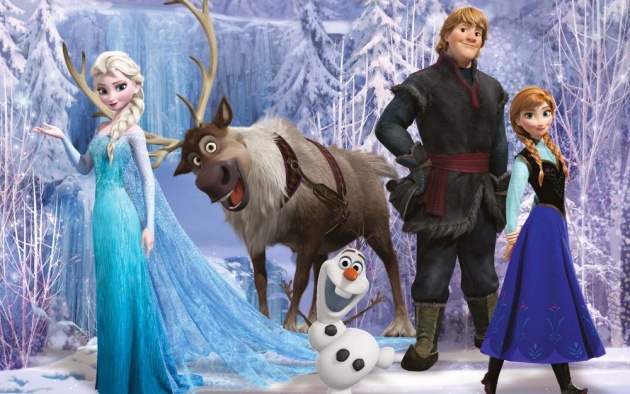 *Image is credited to www.hdwallpapers.in

A story of a boy named Ted Wiggins,  who just wanted to give his crush a "REAL TREE" but in his search for it, he learned about the legend of Once-ler and what is the world like outside Thneedville. He discovered the the outisde is a contaminated, empty, wasteland. Will he be able to see a real tree?

He didn't just see a real tree, he helped in planting real trees inside the Thneedville and learned about what trees are giving to people, which is not just shade but also oxygen, that made the mayor of the place cut the trees down, for his business to grow, and his business is selling oxygen.

I always hear the line, we don't know what we got until it is gone. With the movie, I can truly see the importance of trees. That some are forgetting because we want progress, more money. Should we wait for the moment when we have to buy oxygen too? Hope we won't get that far and be able to stop that from happening. 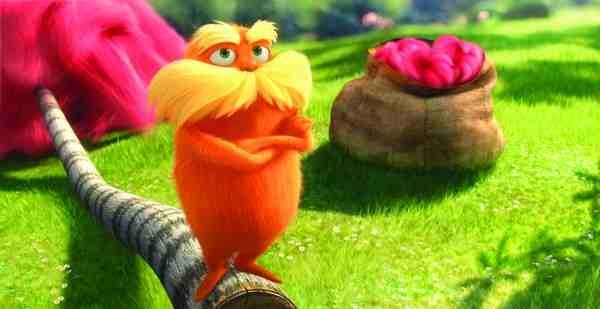 *Image is credited to collider.com

This is a very familiar of all the animated moviesh. Long before it reached the cinemas, children have known the story for the book. The story of Cinderella, who has been treated as maid by her stepsisters and step mother. Then with the help of her fairy godmother, she went into the ball and met the prince. With the conditions, Cinderella has to leave before the clock strikes 12 midnight, and so she did, eventually left her glass shoes. Will the prince find who really Cinderella is?

The glass shoes has become the "guide" to find who is the lady the prince have danced with and that is Cinderella. Both the Prince and Cinderella lived happily ever after.

Have faith in your dreams, and someday, your rainbow will come smiling through."--Cinderella

I learned not just about finding a prince but also how kindness can really go. And I have learned that being mean and bad don't go anywhere. So, be kind to others. 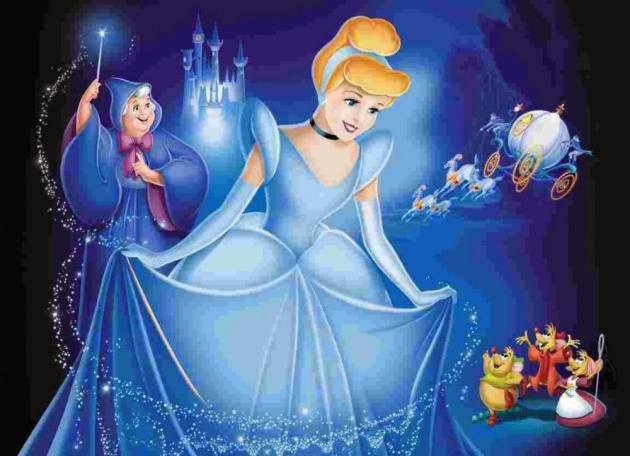 *Image is credited to freehdcartoonwallpapers.blogspot.com