Hello Everyone! This blog will be all about a South Korean Girl Group named “APINK” so continue scrolling to meet the members and discover some information about this group below! :) 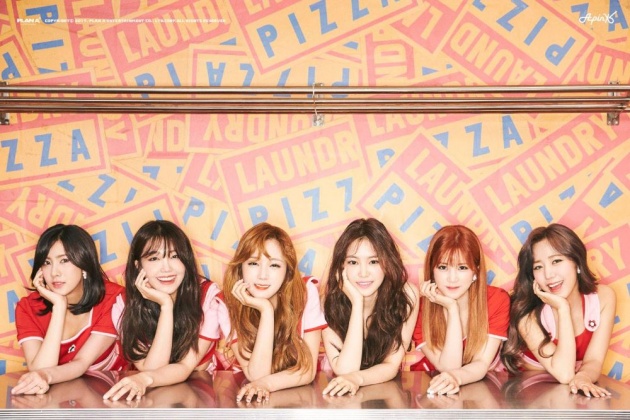 Apink was originally a seven member group but for some reasons Hong Yookyung left the group so now they are only six members namely: Park Chorong, Yoon Bomi, Jung Eunji, Son Naeun, Kim Namjoo and Oh Hayoung. APink is under Plan A Entertainment or was also known the Cube Entertainment. They debuted on April 19, 2011.

I’ve known APink because of EXO. I was watching EXO Showtime and they were dancing APink’s No No No and I really liked it and the choreography is good and cute so I searched the title of the song and found out that it is from the group Apink. Then searched their other Music videos and I liked almost all of their songs. I really like APink because some of them are Actresses and are really good in acting. So now let’s meet the members below! :) 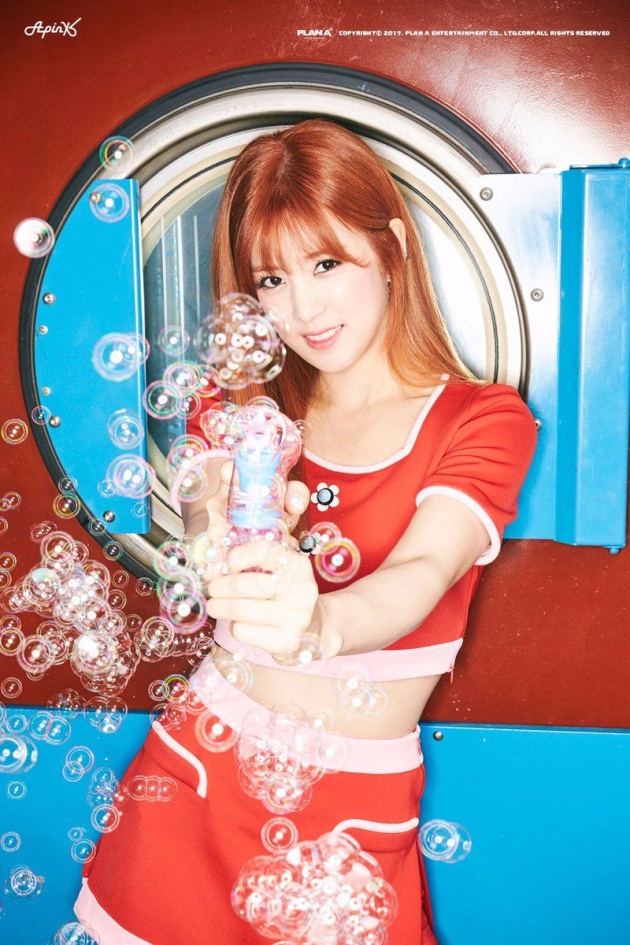 Park Cho Rong is the Apink’s Leader. She is also the rapper, a sub-vocalist and a dancer. She was born on March 3, 1991 in Chungcheongbuk-do, South Korea. Her specialty is doing “Hapkido”. She is good in Hapkido because her father is a Hapkido Class Director. Chorong had been practicing it for more than 8 years and she is now a 3rd degree black belter. She auditioned at JYP Entertainment way back 2009.

She appeared in many music videos like BEASTS/B2ST/Highlight’s Shock, Breath and Beautiful. She also appeared in BTOB’s Insane Music Video. She is close with Highlight member Lee Gi Kwang. She acted in the dramas “Reply 1997” and “Plus Nine Boys”. 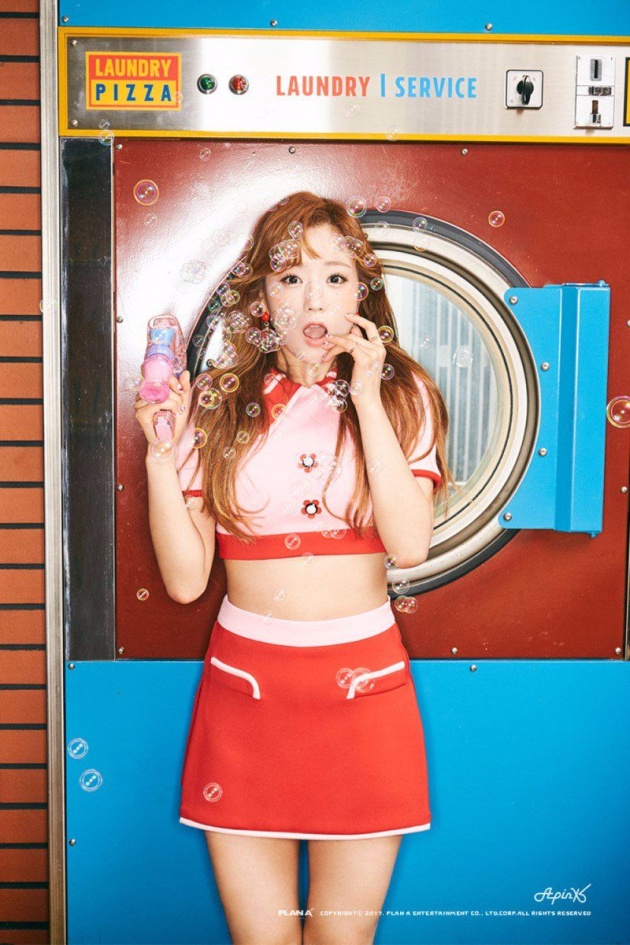 Yoon Bo Mi is the Main dancer of the group. She is also the main vocalist and a rapper. She was born on August 13, 1993 in Suwon, South Korea. If their leader’s specialty is Hapkido, her specialty is Taekwondo. Bo Mi practiced taekwondo since she was a kid and she is also a 3rd degree black belter like Cho Rong.

It is said that she is the mood maker of the group. Bo Mi also participated in the BEAST/B2ST/Highlight’s Beautiful Music Video. She is a part of the Apink Duo called “Pink BnN” with co-member Nam Joo. 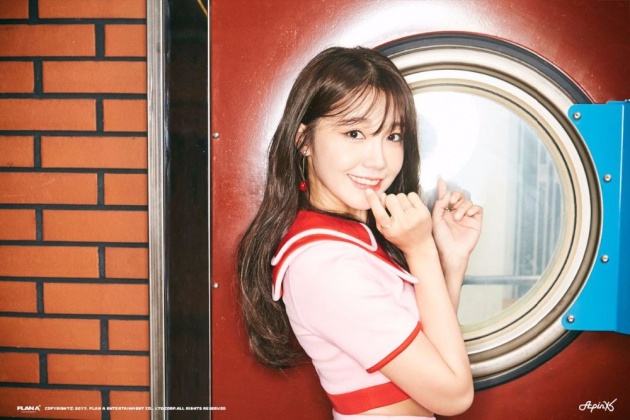 Jung Eun Ji is the face of the group and the main vocalist. She was born on August 18, 1993 in Haeundae, Busan, South Korea. Her birth name was originally “Jung Hye Rim” but she changed it to her present name “Jung Eun Ji”. On the month of April 2016 she debuted as a solo artist with the mini album named “Dream”. And On April 2017, she released her 2nd solo album called “The Space”. She is the only member who did not appear in BEAST/B2ST/Highlight's Beautiful Music Video. 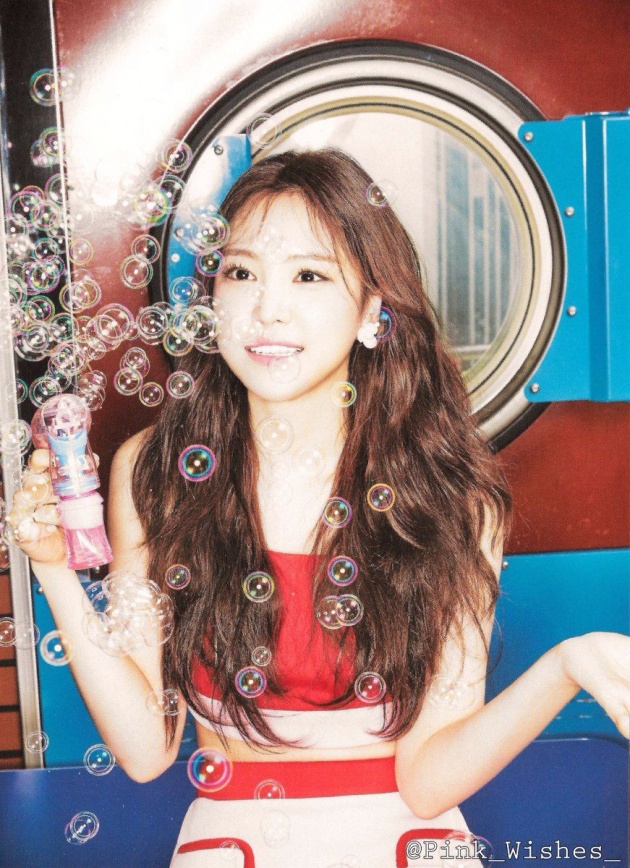 Son Na Eun is the Lead dancer, a sub-vocalist and the Center. She was born on February 10, 1994 in Seoul, South Korea. Her English name is Marcella. She appeared as the Female lead in many BEAST/B2ST/Highlight's music videos like Beautiful, Shock, Breath, Stop Being Mad At Me and I like you the best. She also appeared in the Reality Show called "We Got Married" and was paired with SHINee's Tae Min. 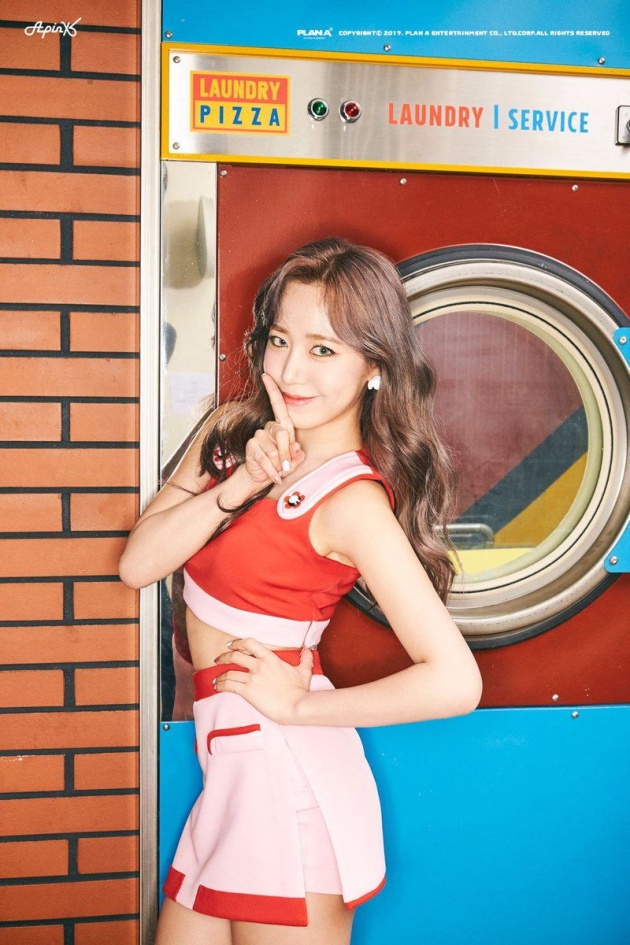 Kim Nam Joo is the Lead Vocalist, Lead Dancer and a Rapper in the group. She was born on April 15, 1995 in Seoul, South Korea. She can speak in english and Chinese. She also appeared in the BEAST/B2ST/Highlight's music video of Beautiful. She calls herself "Beyonce" and is good at impersonations. She acted in the drama "Investigator Alice" way back 2015. Nam Joo is part of the Apink Duo named "Pink BnN" with co-member Bo Mi. 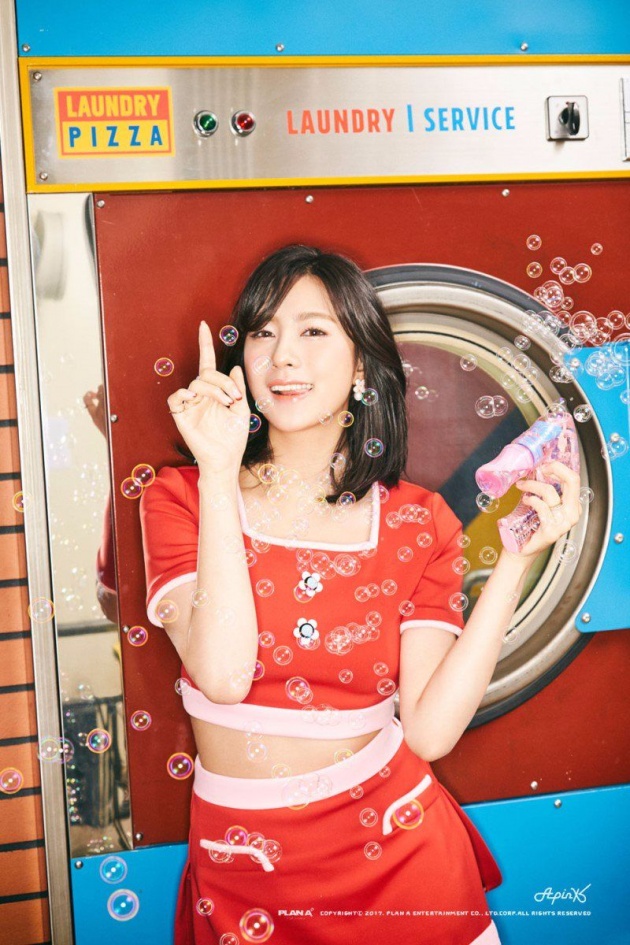 Oh Ha Young is a rapper and a sub-vocalist. She was born on July 19, 1996 which makes her the youngest in the group or the "Maknae". She was born on Seoul, South Korea. She also appeared in the BEAST/B2ST/Highlight's Music video of Beautiful just like most of the members. Hayoung's grandmother is a Filipino. She acted in the drama "Please Find Her" a few months ago. 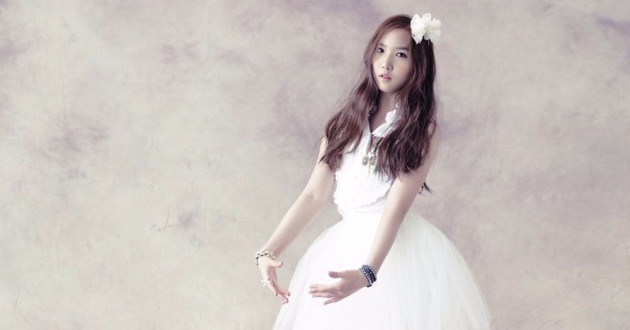 Hong Yoo Kyung was the Main Rapper and a Vocalist. She can speak Korean, English and French. She was born on September 22, 1994 in Soul, South Korea. She left the group on April 2013. 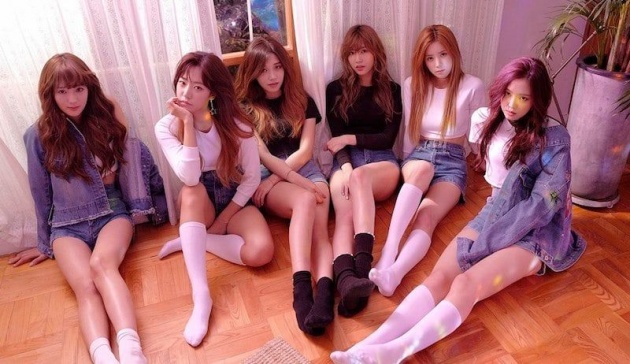 Check my Favorite song of Apink which is "Mr. Chu"

Check out Apinks very famous song which is "No No No". There are many other idol groups who danced this song.

Apink "No No No" at M CountDown Performance

Before I end my blog check out our Querlo Chat Box for this blog, Who is your Favorite Singer? :) 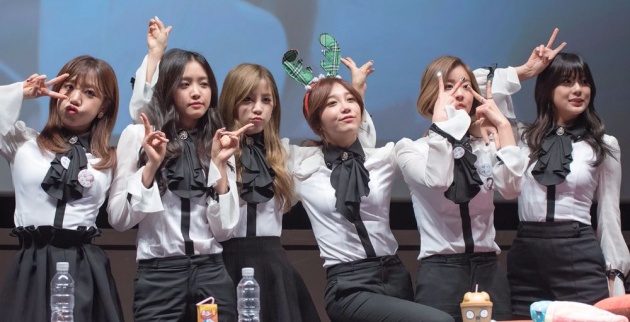 This is where my Apink blog ends! Thank you for reading and Hope you enjoyed :) Stay tuned for more Korean Related Blogs :D