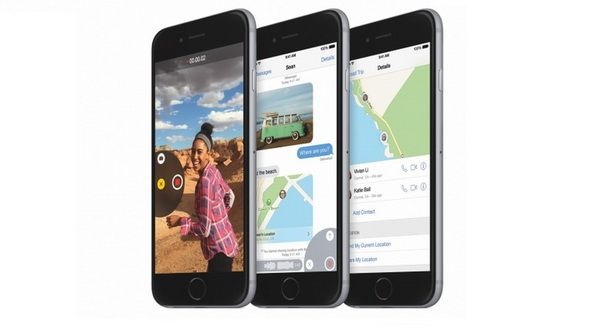 CALIFORNIA - iPhone 6 ​​and 6 Plus Users can now update iOS 8.0.1 to the latest type version 8.0.2 as of today. Where's the update provides an update to fix the problems that arose in the previous version (iOS 8.0.1) where issues such as loss of cellular signal and also the Touch ID is not working.

iOS 8.0.2 also offers a variety of other minor improvements. The improvement of which is an improvement on HealthKit applications and third-party keyboard in order to function properly, along with adjustments for Reachability, Safari, Photos, and Sharing Family.

Apple said less than 40 thousand iPhone 6 and iPhone 6 Plus contracted the problem. Previously, the electronics company based in California is recommended that users of the iPhone 6 and a plus to reduce or downgrade to version 8 through the computer to fix the problem.

After version 8.0.2 released, users no longer need to downgrade or a downgrade to version iOS 8.