When God almighty created Adam, he himself thought that Adam was incomplete without a women, So God created Eve to keep him company and carry his burden on her weak shoulders throughout her life for better or for worse.

Women in Islam are considered equal to men. " Surah Al-Nisa in the Quran deals with women. Women as human beings are entitled to similar rights to life, honour and property. Sex distinction which is a distinction is nature does not count in spiritual matters. the reward for both sexes for their deeds is equal". It is said in Quran ;

" O ye mankind ! Fear your lord, who created you of a single soul and he created thereof its spouse and from the pair of them spread abroad many men and women"

Some say that gone are the days when a girl was supposed to be not more than a "Gorgeous instrument" for "Refreshment" and "Luxury". but I still think that things are still same, changing time has not brought any change in the mentality of the modern men. sorry to say that savage carnal desires are still residing in our hearts. We are humans but without humanity. Moral values are not valued. Vulgarity and obscenity has poisoned our minds. No one cares for anyone. really our conscience had died a long time ago.

Chasing and teasing the girls have become perpetual hobbies for the boys. Take a look around ! Almost everywhere a girl is being followed by cluster of rascals. For modest girls it has become a curse. They cannot go out of their houses even for the performance of their important jobs. Boys pass vulgar comments at them but they cannot respond in the same way, Because they are women. By coming across a girl, villainous boys start whistling or singing. They sometimes even resort to hooting and voicing at the ladies. they neither think nor feel that the passer-by-lady is also the mother or sister of someone. it is almost impossible for girls to go to the university without having a single remark passed on them. Not only the teen agers but also white haired men are involved in their filthy game of girl teasing. 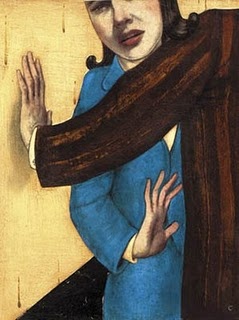 In such situation who is to be blamed? Indeed ! We are the edges of our moral degradation. Women in present day world are being tortured from everywhere. have you seen an add on television showing a girl as depressed after being rejected due to her dark complexion. The add for a beauty cream is promoted as a magic that can help her get married. and live happily ever after. After add shows a young man disheartened when flowers meant for beautiful girl end up with a girl wearing glasses, forget the old for a moment and think for a moment what message it sends out to a girl who wear glasses, and are thus intelligent; they should not expect to get flowers for being brainy?

The poisonous germs of moral degeneration have penetrated into our society. How can we cure this malady, is indeed a question to be considered. The main reason seem to be detachment from the religion Islam. Men and Women must know their limits. The truth is that we have forgotten the teachings of Islam. Like monkeys we are blindly initiating the pop-culture of the European we are slipping towards from where west is returning back. They have tasted the bitter fruits of libertinism, carnality, profligacy and sensuality. Their family institution has been destroyed. We are superior to them only in the respect and that is the family institution, which we fortunately enough still preserve. But we are losing it at the cost of copying the Europeans. We have killed and buried out hight moral values. We feel proud to call ourselves liberal. It has become a fashion and symbol of status. But what I liberalism? To chase the girls, top tease and abuse them, to pass on them vulgar comments or to be without PURDAH (Scarf)..... ?