“Are You Better off Today than 4 Years Earlier?”

"Monkey-Business with Statistics?-The stock-market has just recorded best 4 year rise even if it is more difficult for average citizens to conclude that he/she is better off. (The question are "you better of today than 4 years earlier" was first asked by the "Great Communicator" Ronald Reagan in his 1980 Presidential campaign and as in others since then, has become a staple of the rhetoric of the 2012 campaigns).The stock market tends to be a leading indicator, and consequently the expectation that the overall economy will also make further advances, but… 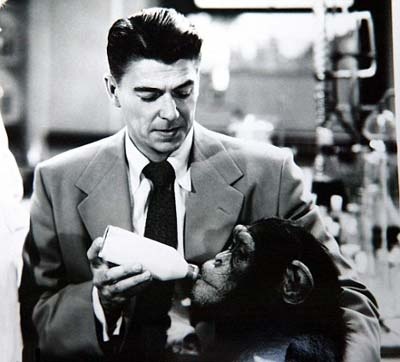 Part of the highly positive performance of the equity markets is the substantial increase in efficiency and productivity. However, that has also meant more workers fired and those that are still employed working for lower pay and benefits. Further, more of the labor force now is dependent on temporary and/or self employment. Finally, a significant number of people have dropped out of the labor force (giving-up, going back to school, retiring etc), bring the labor force participation level to levels not seen for over three decades – during the early stages of the Reagan Administration. 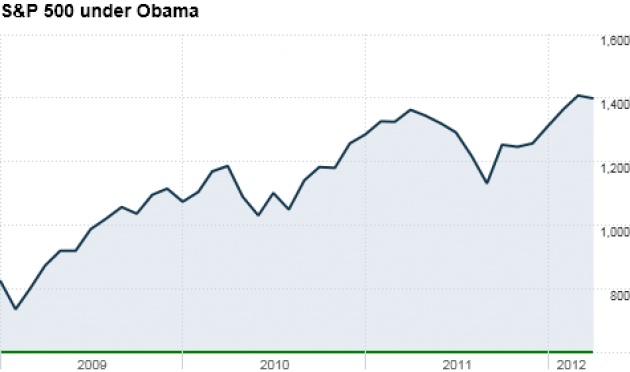 What is the Snapshot?

Part of the seemingly ideologically contradictory data is statistical oddities. Asking someone if they were better-off in the fall of 2008 as compared today, is like asking the guy who fell off the skyscraper how he was as he plunged downward by the 8th, 7th, 6th floors. The punch line to that joke is: “so far, so good.” It took another year or two, (depending on your measure), for US citizens overall to start to recover in confidence and substance after hitting bottom. Similarly pointing to an ongoing 8% plus  US unemployment rate, as GOP and candidates Romney/Ryan do, may be accurate as to symptom but misleading as to cause. Also see our Video for Blog from April when Jobs Report was Better – “Another Positive Jobs Report” Most recent job losses have been local/state government workers due to fiscal austerity imposed by GOP governors. Perhaps more monetary and/or fiscal stimulus is needed to get the US out of a rut that is in part now also driven by GOP led austerity policy. Read Blog for Film: "Austerity is Killing Jobs & Economic Health". 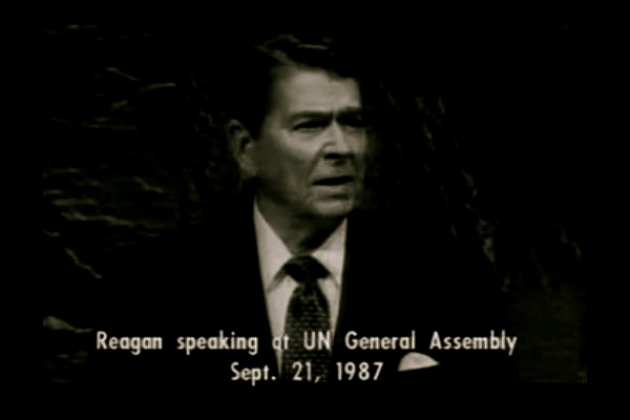 Obama as Business Friendly as Reagan, but Time for Pendelum to Swing Back?

On the other hand, US equity markets bottomed out around March 2009, and thus the Obama Administration seems to be credited with one of the most prolific rises in US equity performance. Is the perception may not be much beyond the truth? The Obama (as well as Clinton) Administration has been some of the most supportive environments for business, despite the antipathy from many such quarters. More recently, we have noticed the equity markets spike again as the chance of an Obama re-election has also risen - this may be coincidence, but the stock markets still tend to act more upon rational self-interest rather. 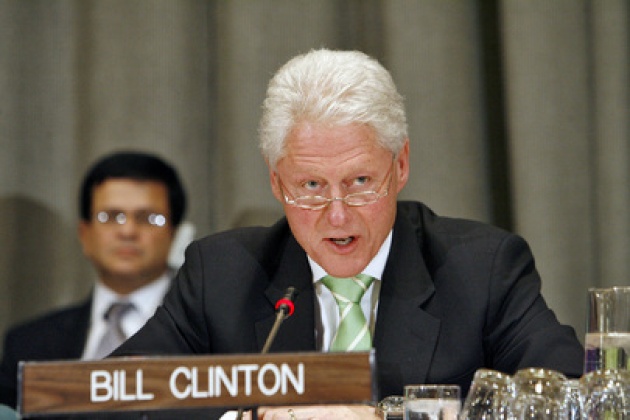 Middle Class Needs to Have Greater Share Restored in Order for US Business to Further Advance?

The Obama Administration is no less friendly toward business than Reagan, Nixon, Ford, Eisenhower (UN Photo below from 1953 - one of more under-rated US Presidents) or even Bush 1. The Clinton Administration similarly was fertile for business, regulation decrease and income expansion for the wealthy. The conspicuous consumption culture is not exclusive to Republican Administrations. The antipathy toward Obama from some quarters of the business community maybe in part visceral, resistance to the obvious because there is a sense that the pendulum has to start swinging back to the left – when one objectively views the share of national wealth between the rich and companies on one side and the middle class and workers on the other end. Even under the first Obama term, the trend has continued toward the wealthy and business, from tax policy to the bailouts. In fact, in order for the US economy as well as US stock markets to make further advances, it actually may be necessary for such pendulum to swing back and restore some of the buying power and confidence of the consumer that has been eroding away. Business does not fear so much higher taxes and more regulation, (as ultra business-icon Warren Buffet illustrates but also many others). Rather, the greatest constraint to more growth is the constraint on consumer demand and his/her spending power and job/income/benefits wellbeing. Read Blog for Film: “Too Much Focus on Finance-Too Little on Society Needs (According to ILO Chief)” 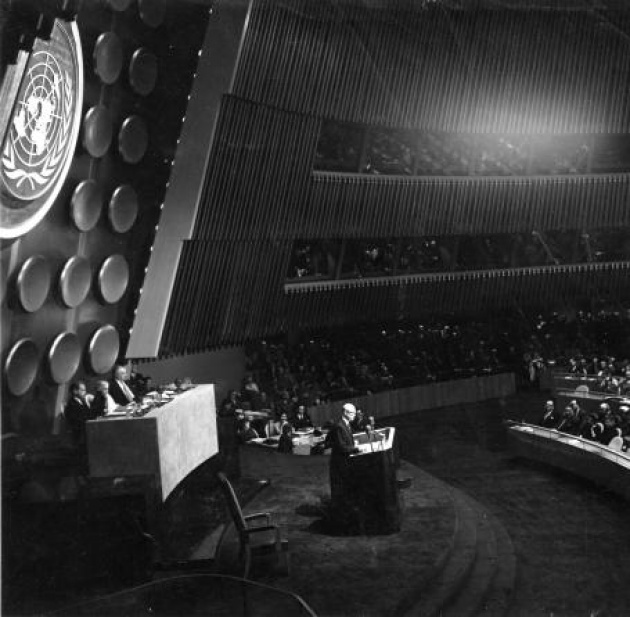 The middle-class has largely borne the brunt of shrinking income, job opportunity and greater regulation in the form of less credit – something that needs to be reversed in order for business to further benefit and expand as well. The elevated unemployment levels may be stuck in a form of vicious cycle – less employment continues to stunt consumer spending which discourages employers from hiring, which keeps businesses from further growth. Perhaps we need more of equality rather than less in our tax structures and spending programs to spur overall economic growth?   Could it be that equity markets and Main Street are rooting for Obama to win even if many Wall Street players and executives are working against his re-election? 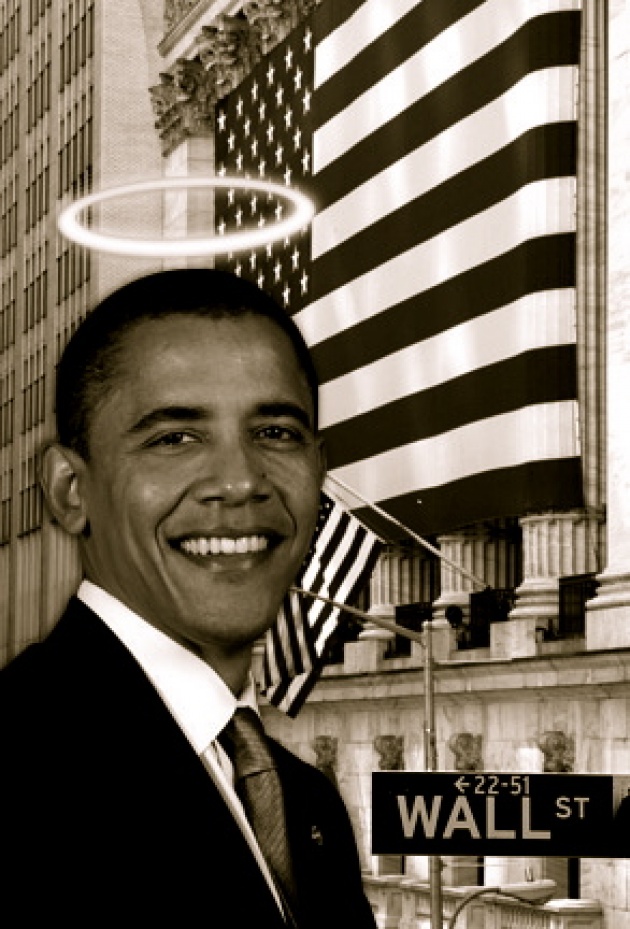