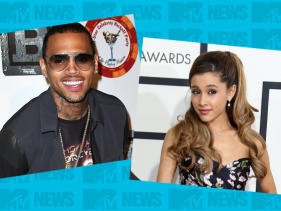 After getting over the "buttaflies"  in her belly during a recording session with Chris Brown, Ariana Grande took it a step further on Thursday and danced cheek-to-cheek with her duet partner.

Brown posted an image of the pair pulling off a deft ballet move, his hand on her right thigh, her arm wrapped around the back of his head as they stared into each other's eyes in a dance studio. "Coming soon!" Brown wrote, perhaps hinting that we might see the pair co-starring in a video as well. 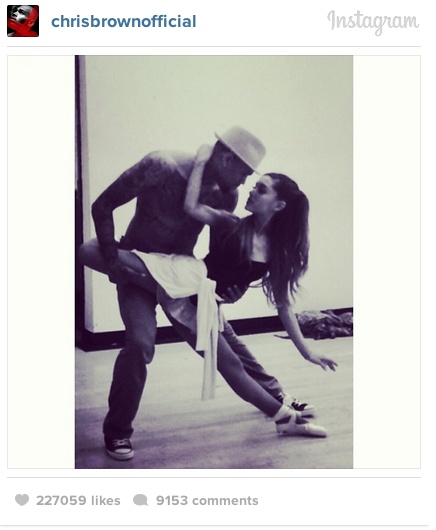 Grande is clearly giving their mystery collabo her all, posting an image of her ballet shoe-clad feet and complaining of "#blisters #bloodytoez #yesmyribbonsaresloppilyfallingdownafter3hoursofrehearsal #yesmyfeetcouldbeenpointeharder."

Last week, Grande said she was working on new music and manager Scooter Braun tweeted about an "amazing session" she had that will produce an "incredible duet" soon. The next day, Brown posted what appeared to be lyrics, "I dug a single seed into the ground, I hope it grows."

Grande supplied the next line at the same time, "In a year or two if you're around, you'll see a rose."