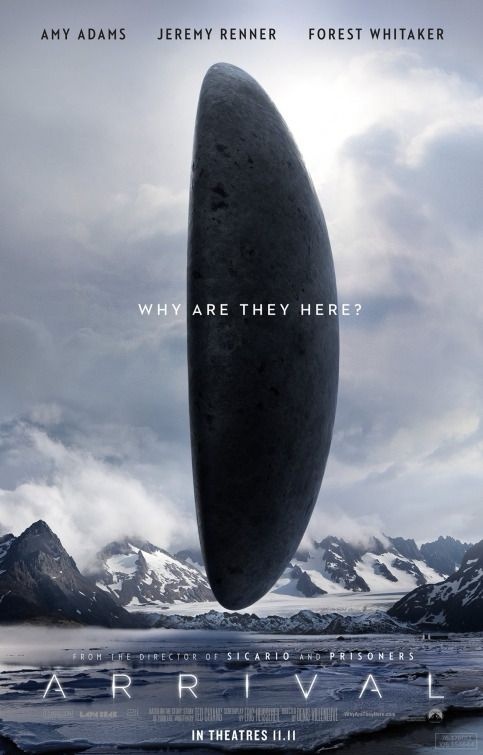 I've said it before and I'll say it again, I LOVE SCI FI! Total weak spot for it and "ARRIVAL" is no exception!

Was very excited to see this movie and now pretty stoked to review it for you all. Let's get to it!

"Arrival" is a 2016 sci fi film directed by Dennis Villeneuve and written by Eric Heisserer.

It is based on the 1988 short story "Story of your Life" by Ted Chiang.

The film is about a linguist (Louise Banks) being enlisted by the U.S Army to try and communicate with alien life forms that have arrived on earth and understand their purpose before there is war.

Louise and her daughter Hannah

Immediatley following this we see twelve alien spaceships arrive on the planet. Louis, and physicist Ian Donnelley, are enlisted by U.S Army Officer Colonel Weber, to find out why the aliens are here.

He takes them to an army encampment near one of the twelve crafts. On board, Ian and Louise make contact with the aliens who turn out to be seven limbed and what they refer to as "heptapods". 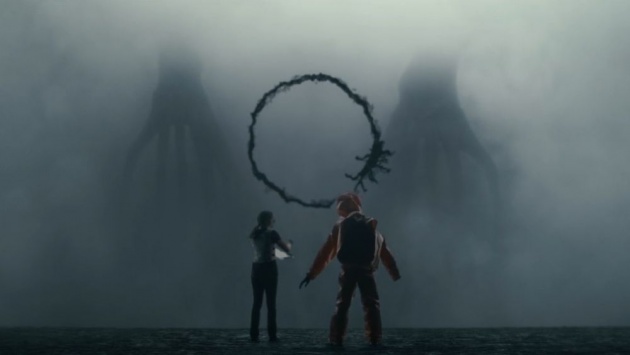 The two begin to research their complicated written language which is circular in design. During this time. Louise begins to have visions of her daughter Hannah.

Louise begins attempting to more directly communicate with the aliens and when she asks them why they came she translates their response as "offer weapons."

Unfortunately, China translates this as "use weapon" and cuts off communications with the aliens. Other countries are quick to follow their lead.

Louise tries to defend the aliens, thinking perhaps by weapon they meant "tool". Regardless, rogue soldiers soon plant a bomb at the army base. Unaware of the danger, Ian and Louise enter to communicate with the aliens.

They are greeted with sudden complex messages, and right before the explosion the aliens eject Ian and Louis, knocking them both unconscious.

When they come to, the army base is packing it up and the alien craft has moved out of range.

Ian discoveres that the symbol for "time" is present in the aliens messages, and that the writing covers 1/12th of the space it's projected on.

Louise proposes that the aliens have split the message up between all twelve ships so that the nations of Earth must communicate and work together to understand. 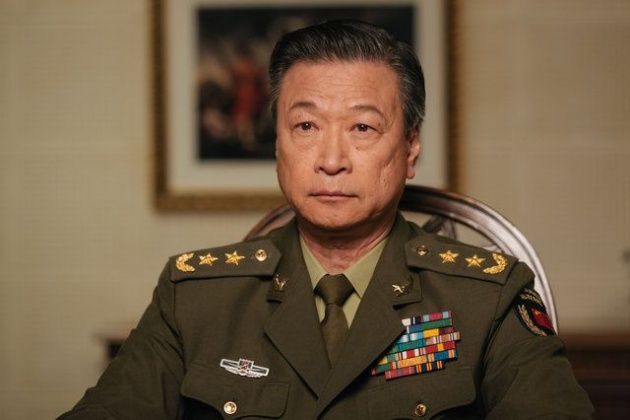 China's General Shang issues a warning to the aliens, demanding they leave in 24 hours. Other countries follow suit and tensions are high.

Louise elects to go into the craft alone and when she gets there she finds that one of the aliens is wounded and dying from the explosion. The other alien tells her they have come to help humanity in exchange for humanities help in the far future. 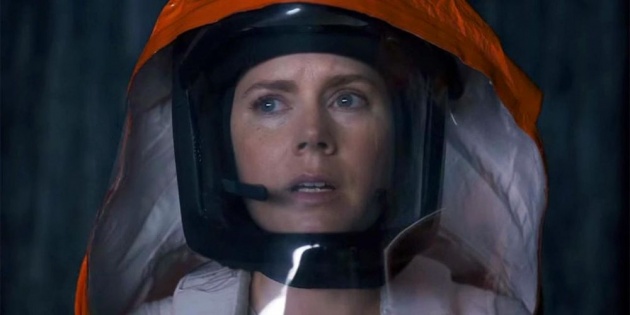 The alien explains to Louise that the "weapon" is their form of written language which unlocks time for those who can read it and allows one to see the future.

It is revealed that Hannah is not yet born and the visions of her death and life overall have been premonitions of her birth to come.

Louise returns to the army camp and reveals all she has learned to Ian. She has a premonition of a United Nations event, in which General Shang is seen thanking her for convincing him to not attack the aliens by calling him on his phone and reciting his wife's dying words to him.

In the present, Louise steals a phone and calls the General, reciting the words to him. The Chinese then announce their backing down from attacking and share their part of the alien message with the world. The rest of the nations follow suit.

The twelve spaceships then dissapear.

On their way out of the army camp, Ian confesses his love to Louise. She accepts him despite knowing their future, it being one where their daughter dies and Ian leaves her because he finds out later that she knew all this and accepted this future anyways.

I loved this movie! I have no real complaints at all!

It turned out to be as amazing as I hoped it would be! I especially enjoyed the exploration they did on....

This is something we tend not to explore as in depth in most scifi featuring contact with alien life. 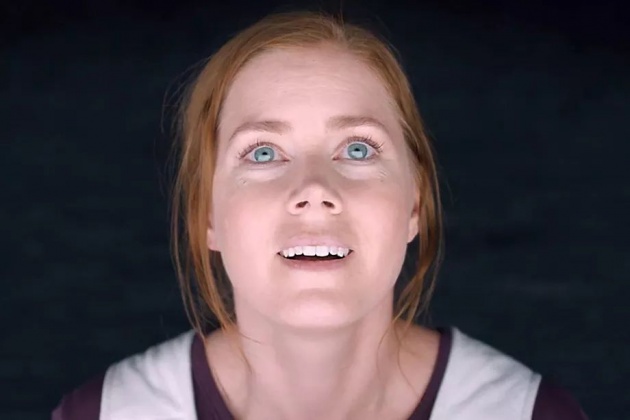 In ARRIVAL this reason was mostly due to our linear thinking. We couldn't percieve the "time" aspect of the aliens language initially because to us, language, like our real experience, is written in a line as are our lives.

I also enjoyed that this movie explored a vision of first contact that wasn't destructive and was in fact more symbiotic. The aliens come to help us because they need our help as well.

I really enjoyed the deeper implications of this movies ending..the fact that Louise chose a life with Ian that she knew would end in tragedy. It makes the entire audience question free will. Was it her free will to choose it? Or would she have not seen it if she had felt any other way?

It really impressed me very deeply. I found all of it very realistic. I also found it very imaginative.

Critics Concensus: Arrival delivers a must see experience for fans of thinking person's sci fi that anchors its heady themes with genuinely affecting emotion and a terrific performance from Amy Adams.

Heres a movie review video done by our own @mannythemovieguy

Thank you for reading my review of ARRIVAL! I hope you enjoyed it and I hope you liked this movie as much as I did!