Art of the AIDS Years: What
Took Museums So Long?
For my generation of American gay men, the AIDS epidemic was a second
Vietnam War. A long-overdue historical survey of the era has finally arrived.

By HOLLAND COTTERJULY 28, 2016
For my generation of American gay men, the AIDS epidemic was a second Vietnam War. It reached us as a rumor and soon revealed itself as a killing field. Just as the war had divided the country, so did AIDS. From initial public reports in 1981, through the end of the Reagan presidency in 1989, many people at risk saw the threat as threefold: from the disease itself, from rampant homophobia and from a government that simultaneously withheld help and initiated campaigns of fear.

In those years, combating the enemy was a D.I.Y. mix of community organizing, medical volunteerism and direct action. Art was very much in the picture, because artists were hard hit by the epidemic, but also because art is (or can be) strategically useful. It can broadcast or insinuate messages into the larger culture, embody complex truths, absorb fear, preserve memory.

Given the volume, quality and variety of art made in response to AIDS over 36 years, it seems inexplicable that no mainstream museum ever attempted a historical survey. Now one has. “Art AIDS America” is a show at the Bronx Museum of the Arts, and it coincides with a cluster of smaller Manhattan shows, two of which more imaginatively address the same history.

Photo
A display of photographs at “Art AIDS America,” which includes 125 works made between 1981 and the present.CreditByron Smith for The New York Times

I say the wait for a survey was puzzling, but by the late 1990s, American interest in AIDS was waning. Many activists were exhausted. Life-sustaining medications were on the market, for people who could pay. With the apparent reduction in life-and-death drama, the news media turned away. (Who cared what was happening in Africa and Asia?) The art establishment, which had tiptoed around gay and AIDS-related art when government arts funding began to be cut, now considered it old news.

When the organizers of “Art AIDS America” — Jonathan David Katz, an art historian at the University at Buffalo, and Rock Hushka, chief curator of the Tacoma Art Museum in Washington – tried to travel the show, they found few takers. Aside from the Bronx and Tacoma museums, the only other participating institutions are the Bernard A. Zuckerman Museum of Art at Kennesaw State University in Georgia and Alphawood Foundation, a small grant-making organization in Chicago.

Photo
Pacifico Silano’s “Pages of a Blueboy Magazine” (2012) is part of “Art AIDS America.”CreditByron Smith for The New York Times

The exhibition, it should be said, is flawed by conflicted ideas about what it wants to be: a survey or a think-piece. With some 125 works, from 1981 to the present, it has the basic material for a chronological narrative. At the same time, it seems designed to illustrate the more abstract concept that art emerging from the early AIDS crisis, and the crisis itself, has been instrumental in shaping art of the present by reintroducing — to a theory-heavy art establishment — politics, spirituality and personal emotion as aesthetic content.

The argument is plausible but would require a more focused show than this to make the case. Not that there isn’t attractive work here, though too much of it carries a celebrity name: Ross Bleckner, Robert Gober, Keith Haring, Robert Mapplethorpe, Andres Serrano. Little of this work shows these artists at their best here, though the real problem, again, is the lack of a focused context. Without it, even powerful images look stranded and unplugged.

On the whole, less familiar work makes the strongest impression, benefiting from the element of surprise. A beautiful 1998 photograph by Shimon Attie, of a life-size projection of a male lover’s image on a bed, is one. A tiny collage by the live-wire San Francisco artist Jerome Caja (1958-95) is another: titled “Shroud of Curad,” it’s composed of a blood-and-eyeliner-stained bandage encased in a fancy frame. A snowy painting by Paul Thek(1933-88) of the single word “dust” looks just right beside “Blurry Self-Portrait,” by Arch Connelly (1950-93), a kind of mirror made of sequins that refers to both glitter-dazzled vision and H.I.V.-related blindness.

Eyes-open politics fuels the show’s largest work, a reconstruction of the 1987 installation “Let the Record Show,” created by the collective Gran Fury, in the front window of the New Museum, then in SoHo. Emblazoned with a pink neon triangle and the phrase “Silence=Death,” the piece called out right-wing homophobes like Jerry Falwell and Jesse Helms and ran LED board updates of AIDS-related statistics,

Photo
The exhibition “Art AIDS America,” at the Bronx Museum of the Arts, includes this 2015 work by Hunter Reynolds, titled “Survival AIDS Series 2 Act Up Chicago With Memorial Dress Photographed by Maxine Henryson.” CreditPhotographs by Byron Smith for The New York Times

One message read “54 percent of the people with AIDS in New York City are black and Hispanic.” The greatest failing of “Art AIDS America” is the near absence of African-American artists: There are only eight, three of them added to the Bronx leg of the show. And only one, Kia Labeija, born H.I.V. positive in New York City in 1990, is female.

Many black artists were involved in the gay movement, as two of the smaller, concurrent shows attest. And many are active now, not only in mainstream art-world settings but also in clubs, churches and ballroom culture. Some research would have found their work, and its presence might have transformed a boilerplate exhibition into a savory, nourishing banquet.

One addition to the Bronx show, Marlon Riggs’s 1989 film, “Tongues Untied,” does just that. Combining documentary, autobiography, poetry and politics, the film has Mr. Riggs in its center. A black gay man who diedin 1994 at 37, he delivers a stinging, hammering account of his own life and a scathing takedown of American racism among gay whites and homophobia among blacks. The film is as moving and relevant in this Black Lives Matter moment as it was when new. It’s the single best thing here.

‘A Deeper Dive’
Photo
“I Remain the Same as I Began” (1998), by John Dugale, is part of the exhibition “A Deeper Dive” at the Leslie-Lohman Museum of Gay and Lesbian Art.CreditCourtesy of the artist
Eight artists from the Bronx exhibition appear in “A Deeper Dive,” at theLeslie-Lohman Museum of Gay and Lesbian Art in SoHo. Organized by Mr. Katz and Andrew Barron, a doctoral student at the University at Buffalo, this show brings the think-piece aspect of “Art AIDS America” forward, emphasizing the notion that gay artists of the early AIDS era, caught between government censorship and a thought-policing art academy, felt compelled to disguise references to the disease.

Examples here include an ostensibly abstract painting by Brian Buczak(1954-87) depicting white blood cells, and pictures by Anthony Viti brushed with a mixture of oil paint and potentially dangerous body fluids. The practice of submerging political content in art, often to the point of invisibility, is common among young artists now. Ambiguity is highly prized. Too highly prized. Mr. Riggs’s angry, demanding cri de coeur stays in the mind long after you’ve left the Bronx Museum of the Arts. “A Deeper Dive” is hard to recall once you’re out the door.

‘Persons of Interest’
Photo
“Poodle Theater, Part One (Excerpt),” a 1979 work by Hudson, is part of “Persons of Interest” at the Lesbian, Gay, Bisexual and Transgender Community Center. CreditByron smith for The New York Times
For an experience with more traction, I recommend the eclectic group show“Persons of Interest,” assembled by the artist Sam Gordon at the Bureau of General Services – Queer Division, a bookstore and gallery at the Lesbian, Gay, Bisexual and Transgender Community Center in Greenwich Village. Mr. Gordon has drawn all the material from the heterogeneous archives of Visual AIDS, an organization that has been preserving, exhibiting and promoting work by H.I.V.-positive artists since 1988.

As its title suggests, this is very much a show about faces, bodies and personalities. Keith Haring is the one artist shared with the Bronx show; otherwise we’re in a whole other multicultural universe. From theMemphis-born Frederick Weston come two life-size figurative collages, one made from “found images of white men,” the other from “found images of black men,” to quote the exhibition checklist. Tim Greathouse (1950-98), photographer to 1980s East Village art stars, has a pantheon of portraits, including one of the art critic Nicolas Moufarrege, who died in his mid-30s, in 1985, and is represented by two of his own exquisitely embroidered paintings.

The self-taught Mark Carter (1954-2005) was into stars too, Diahann Carroll and Dorothy Dandridge among those he portrayed. Luna Luis Ortizphotographs himself as pharaoh; Joyce McDonald sculpts her queenly profile in clay, African cloth and costume pearls. In a video, Chloe Dzubilo(1960-2011) appears as exactly what she was, a passionate activist who knew that outside was always the right side.

As a highlight, there’s a 1979 video in which the much-missed artist and gallery owner Hudson (1950-2014) takes a genius solo turn as a poodle. And as if to clinch Mr. Katz’s theory that the influence of AIDS-era art lives on in a new generation, the youngest of Mr. Gordon’s artists, Ben Cuevas, born in Los Angeles in 1987, returns us to a just-post-Stonewall New York in a photo of a distinctly 1970s-looking guy cruising a West Village street.

McDowell, based in San Francisco, wrote poetry, made pornographic movies and painted pop-inspired images, including, in 1968, all four Beatles laid out on a dissecting table. Rubnitz, who produced funky relief paintings of flattened furniture, was also a video maker with roots in the East Village drag scene. His “Pickle Surprise” (1989), featuring RuPaul, the Lady Bunny and Sister Dimension, lives on as a YouTube sensation.

Ford was in some ways the most far-ranging. Born in Chicago, he produced records, worked as a jazz critic and wrote a column on his experiences as an H.I.V.-positive black man. In 1989, he was co-publisher of THING, a short-lived journal that in its 10 issues merged black politics, gay politics and drag culture. Shown here, its pages burst with a vitality that seems to feed the work of young artists who round out and extend what is essentially a history show.

From Rafa Esparza, a performance artist in Los Angeles (he’s in the show “Made in L.A. 2016” at the Hammer Museum), come sexy McDowellesque drawings, including one done in blood and a ballpoint pen on boxer shorts.Brontez Purnell does retro-’60s free-jazz dance improvisations on video. From Aimee Goguen we get protective monster masks that suggest pots of flowers, and from Seth Bogart, once of the band Hunx and His Punx, a little ceramic still life. Called “Necessities,” it includes lipstick, LifeStyles Lube and a vial of Truvada, a drug now routinely used to treat H.I.V. and AIDS.

What any of these artists thinks about the AIDS pandemic, past and continuing, I don’t know. But to the 30-plus years of art it has inspired, they’re adding work that is politically complicated, referential without being nostalgic and absolutely unambiguous about the desirability of difference. Not bad. 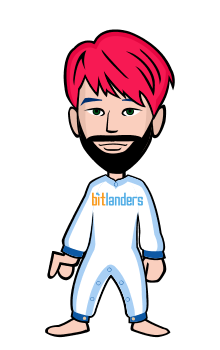