After our adventure with Eiénesis, I started thinking on how the project could develop into a trilogy, into 3NESIS. 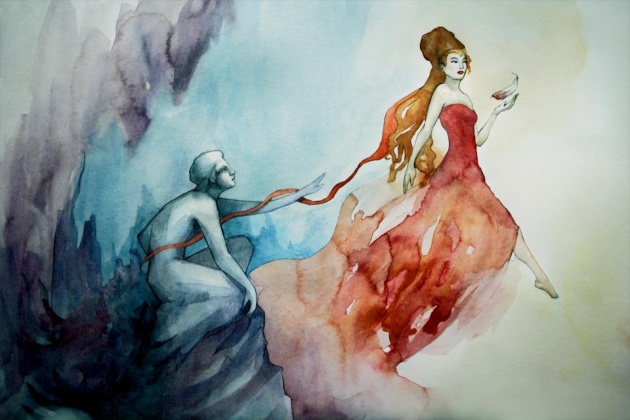 The point was that this hadn´t been planned from the start and that I hate to watch movies to which sagas are done just to make more money or success without telling nothing new, so doing a good sequel was difficult for me at the beginning... But I felt there was something else to tell. 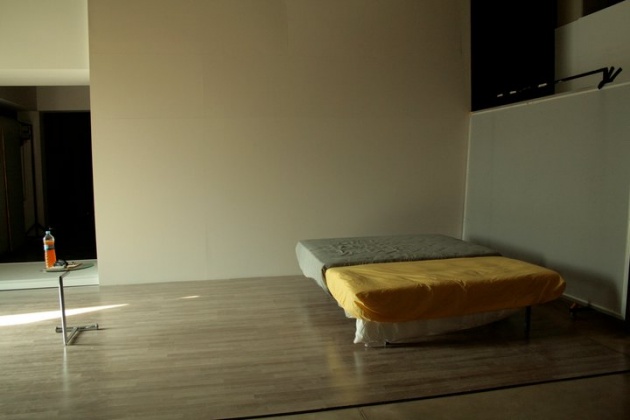 When I started thinking about the plot, I came to the idea that I could just show another vision of how an artist can approach his work: and that was through love, through passion.

Eiénesis was cold, in the sense that what was shown was the brain of the painter, searching for inspiration through the world of ideas, so I just went to the opposite side: the fire, the obsession that blinds humanity when somebody or something is desired with violence. 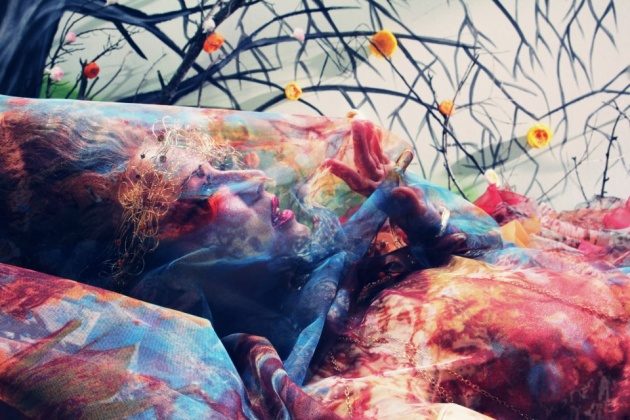 Feeling that this idea could work, I started looking for the team: a lot of the professionals who worked on it were old friends and collegues from other projects, like Maria José Belenguer (again with the beautiful OST), Carlos Corresa (who did the amazing coloring of the film), Sergio López (visual effects artist), Nicolás Castelló (my assistant in so many projects), Neus Torres and Paula Ramos at the art department and Carlos Gutiérrez, who helped me producing this film and took the role of director of photography as well. The camera operator was Alfonso Calza. 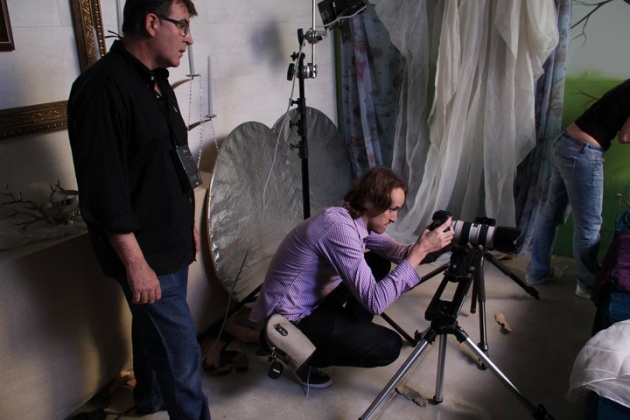 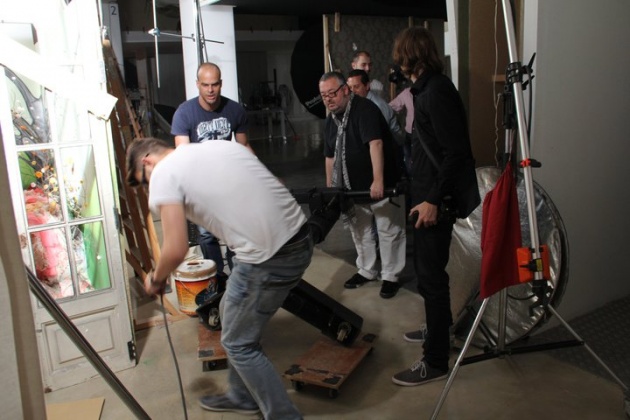 In terms of fashion, Aeterna got bigger than Eiénesis: Tono Sanmartín was again in charge of the hair and make up but we also relied on the collaboration of two fashion giants: designer Francis Montesinos and jewelry designer Antonio W Rodríguez, who was working at Studio Di Carla at that time. 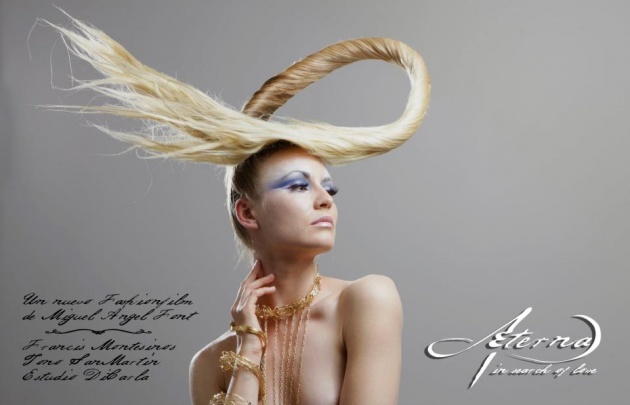 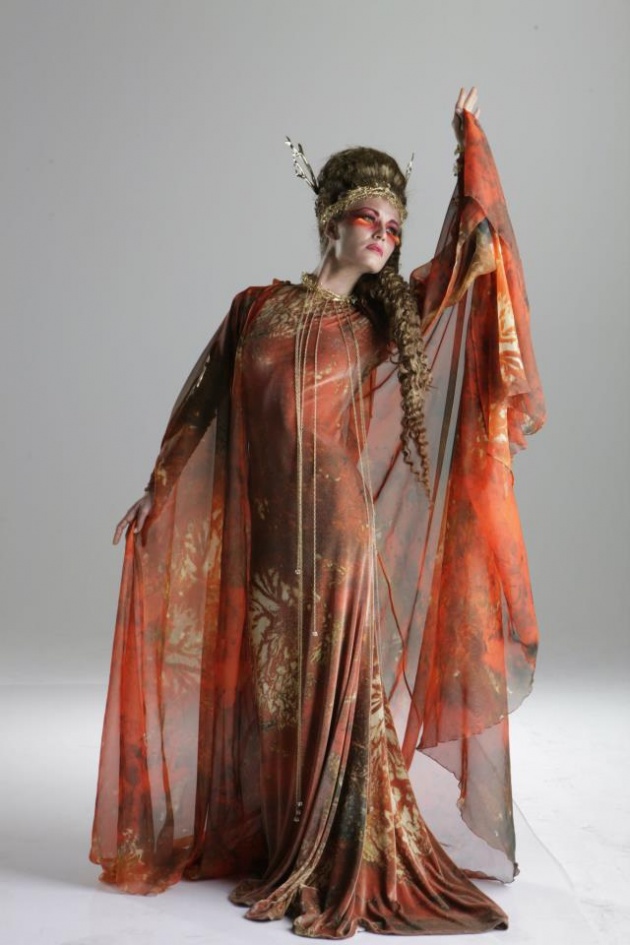 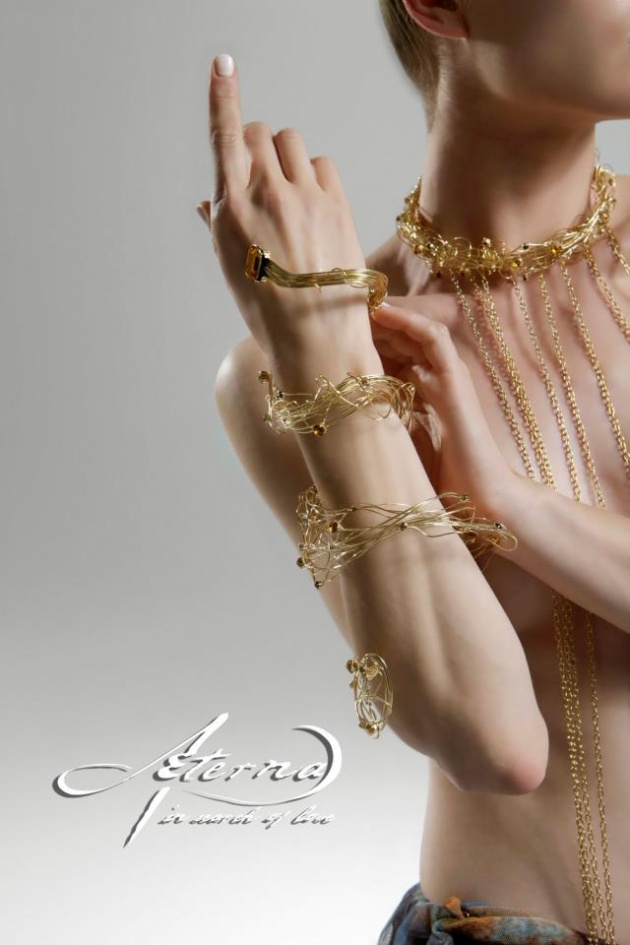 Francis literally gave us the key to his showroom, so we went through over 40 years of history through his dresses, until we found the pieces we wanted. The most beautiful ones are the dress done with Dalí prints and the goddess´ final look, with prints of Matt Lamb´s paintings. 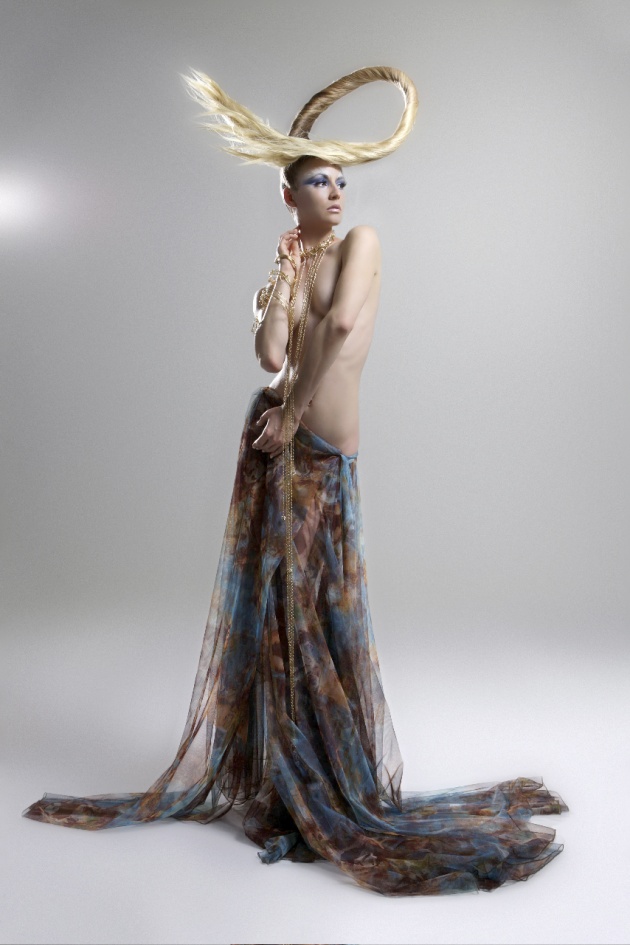 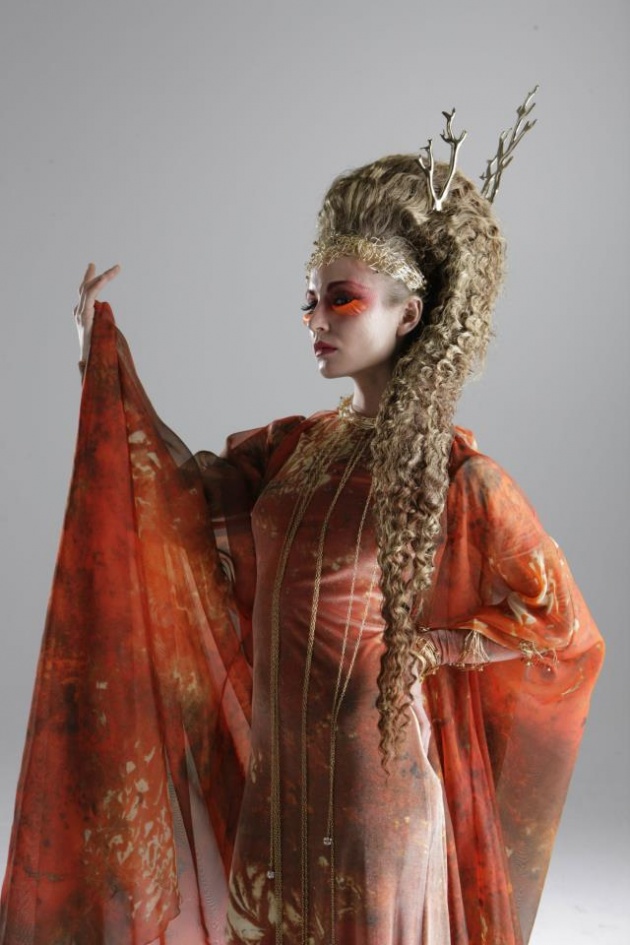 In the jewelry part, we are proud to say that Aeterna - In search of love is one of the first fashion films on which jewels have been exclusively designed for the project; Antonio W. Rodríguez did an amazing design, which was built by Juan Lillo, another great professional, with the help of Luis Mezquida, owner of Di Carla. 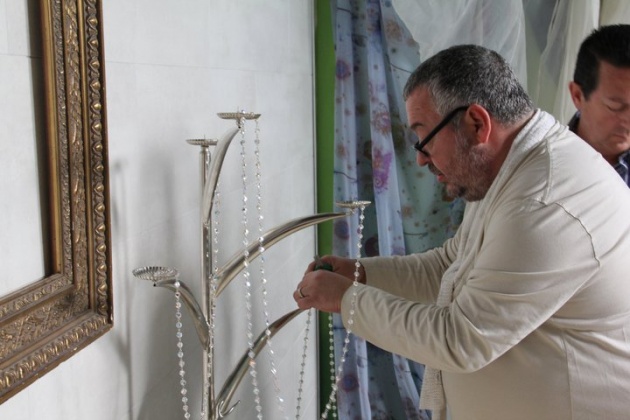 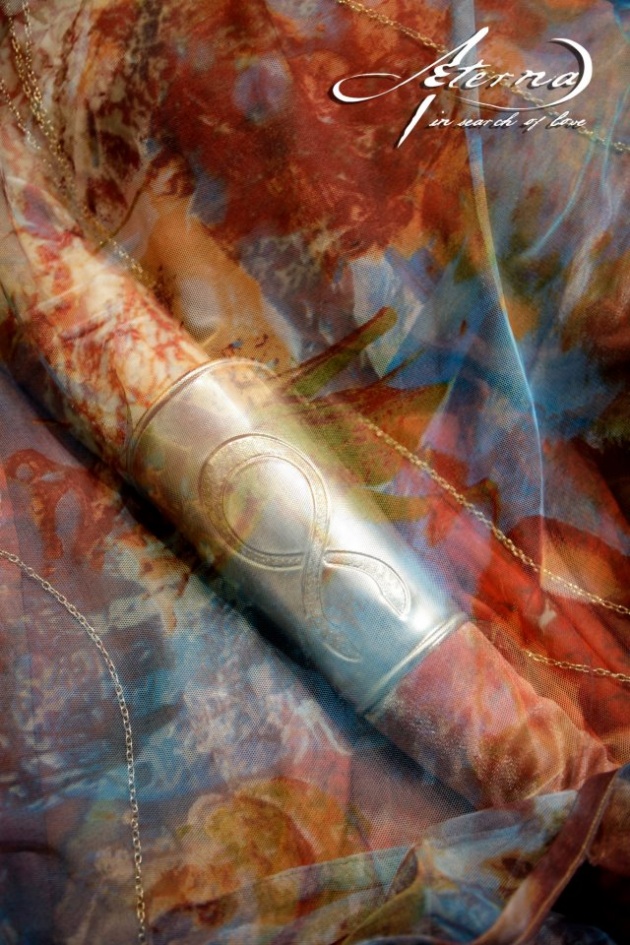 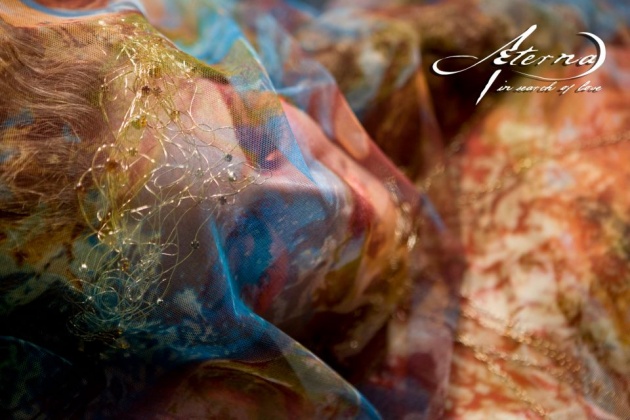 The art on this project was very important to me as well, and my wish was to mix a lot of different techniques and styles (something that was already done in Eiénesis, with the combination of futuristic and classic elements).

For Aeterna, Miguel Fons did a 9 meter long graffitti on the walls of one of the sets from Llumm Studios, where we shot the film. Francis Montesinos gave us tons of different fabrics to put them all over the set and Neus Torres and Paula Ramos did dozens of paper roses to put on the graffitti, among other details like the branches coming out from the wall and the portrait frame with the mirror inside. 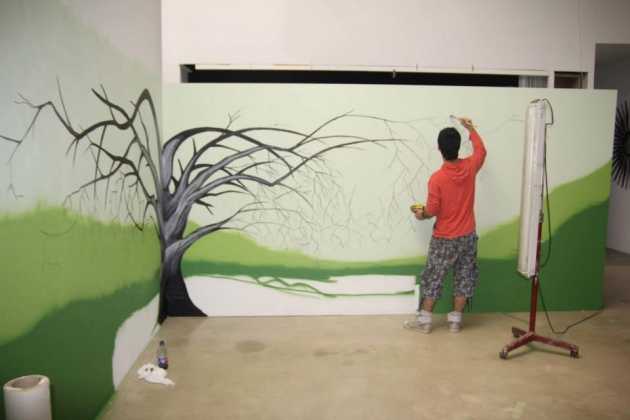 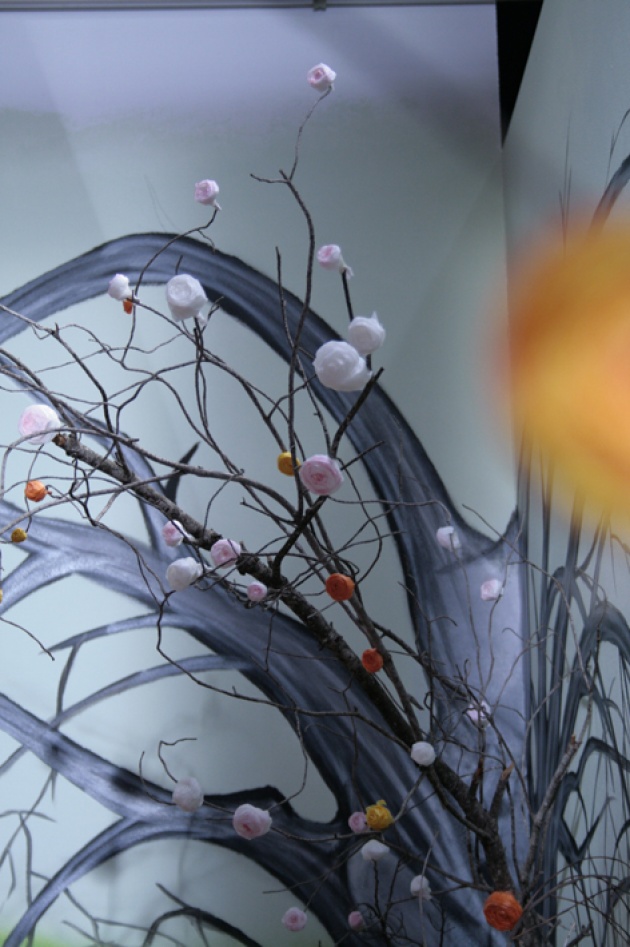 The result was a very rich set, to do the difference between snow and heat parts we just changed the color of the fabrics, moved the lights and worked on postproduction; the set was the same all the time.

It took us one day and a half to shoot Aeterna, the same time that it took us to do Eiénesis.

The visual effects were an important part of the fashion film, so the 3D artist had to come from Madrid to supervise the shooting, because none of them were done on green or blue screens (chroma), we just shot the film and then everything was put on real image, something that complicated the process.

Post-production was hard. It took us over 6 months to do it because of the color and VFX, and María José Belenguer had to record the instruments (in Eiénesis all of them were computer-made but here we had a lot of musicians who loved to work on the project and helped us). 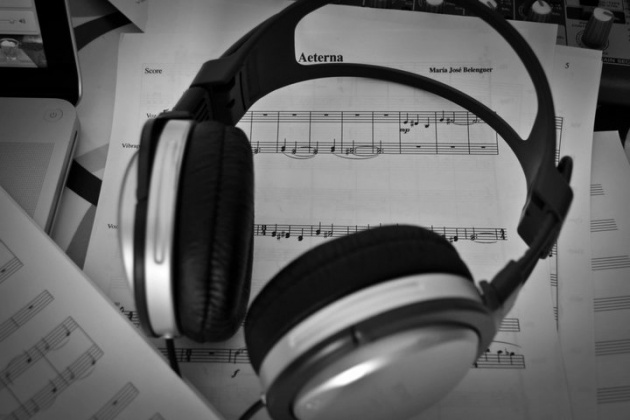 When it was finished, we premiered Aeterna at a club in Valencia, but we didn´t expect what was about to happen: a huge amount of media was interested on the project and wrote about us on the newspapers, I had to go to some radio stations and even answer to some interviews on the TV. Over 350 people came to the premiere, which was a success. 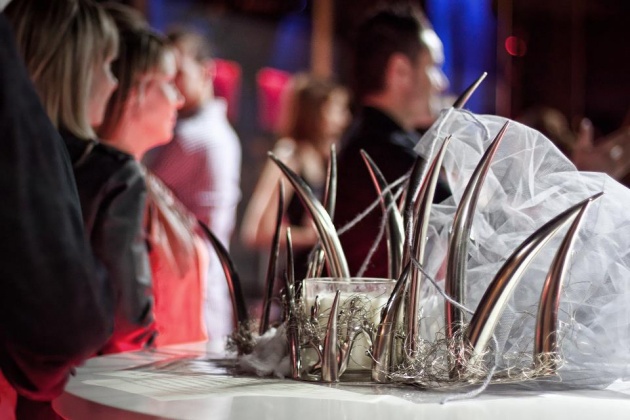 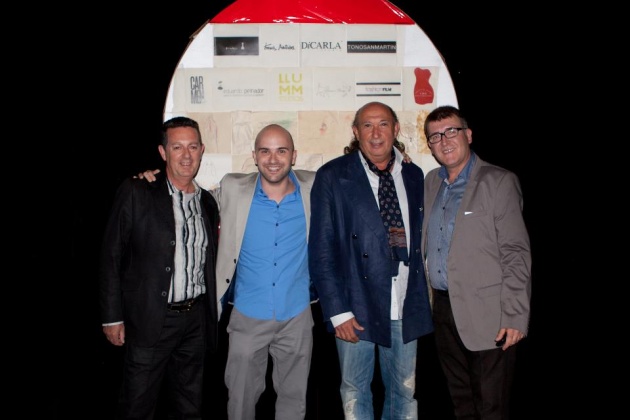 Aeterna was awarded with best video creation at the Proyecta 2012 film festival and it was also chosen to be screened at La Jolla Fashion Film Festival 2012. 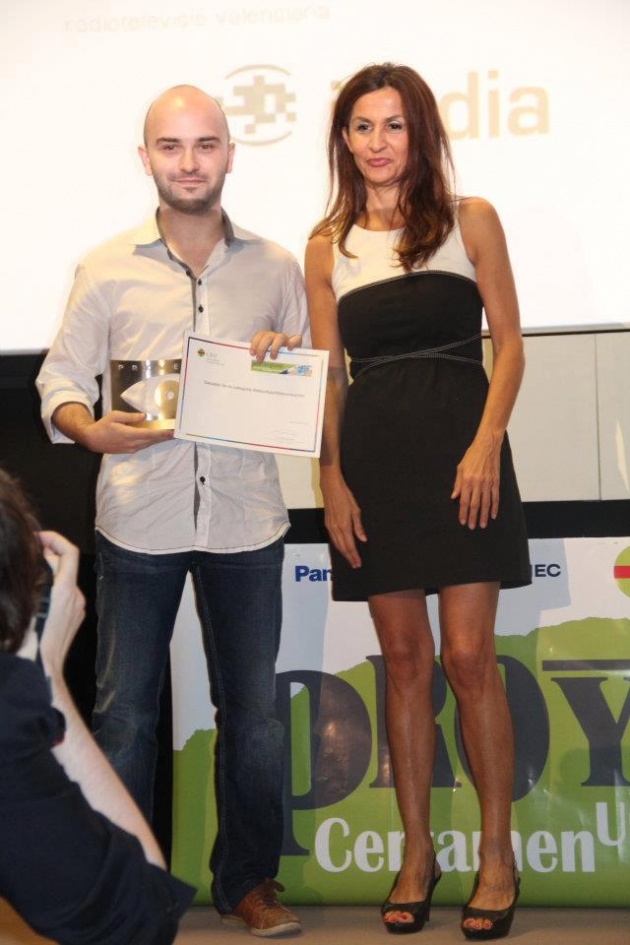 When I was told I was chosen to go to LJFFF, I didn´t hesitate  and called Mahal Style, which I met on LJFFF 2011, with an idea on my mind... We could do a coproduction between US and Spain for the third and final part of the trilogy: Heraion - In search of love. 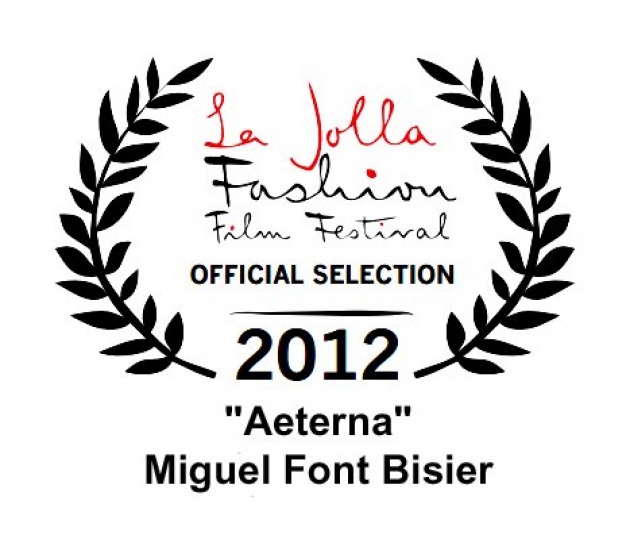 Read "Heraion - In search of life" article: THE CALL OF NATURE

Meanwhile, I invite you to enjoy Aeterna - In search of love:

And its making of: