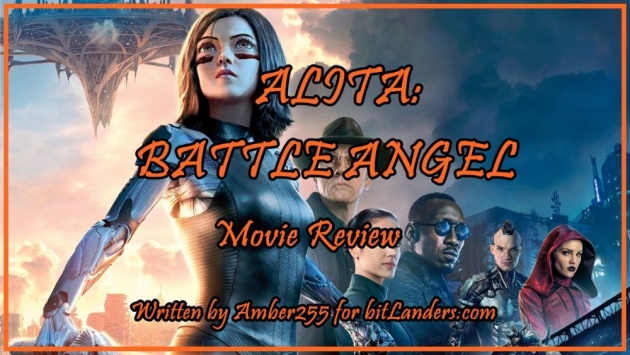 In the past few years, it’s common to consider primitive tales of bold kids under teenage cinema, over and over again overthrowing the dictatorship that reigned on Earth after some terrible catastrophe, along with a sweet melodrama where two lovers experience their feelings on the battlefield. It looks all of the above as playfully and stupidly.

Attempts at film adaptations of the manga have long become a kind of curse of world cinema because it's no matter how good you make a film, fans will always say that manga is better, and not fans - what was that all about? Even Wachowski at the peak of his popularity after the release of the three Matrixes, having a huge budget, failed miserably with Speed Racer.

Given this bunch of failures, ALITA: BATTLE ANGEL would seem to have been doomed to failure. The only thing that inspired certain optimism was the name of Cameron in the credits of the film, who like no one knows by what patterns it is necessary to create a box-office entertaining movie for the mass audience.

James Cameron is not called a visionary filmmaker for no reason. He's brilliant. Alita: Battle Angel is a beautiful piece of filmmaking with the Cameron stamp all over it, and well directed by Robert Rodriguez.

James Cameron read the American adaptation of the manga Yukito Kishiro in the late 90s and immediately fell in love with the main character. Fragile outwardly female characters with steel personality ready to go all the way were always the director’s fetish, and Alita was just the perfect embodiment of this feminine-masculine continuum, while at the same time incorporating fragility, tenderness, sentimentality, and utmost rigidity, fearlessness, and determination.

Having quickly agreed with Kishiro and having bought the rights to the adaptation of the manga, James Cameron got stuck in the script of the future film back in the early 2000s. Those critics who are now scolding Alita for a superficial plot and not worked out characters do not quite imagine how difficult the task of adaptation of Kishiro’s chaotic manga was.

The author worked on it with long interruptions in different emotional states. Suffering from alcohol addiction and depression, he rolled back to the middle of the manga and started again, then another rollback, final, and a new branch line.

And so, in 2019, ALITA: BATTLE ANGEL bursts into the cinemas, from under the pen of James Cameron himself, who threatened to film the adaptation of the manga of the 90th year. Judging by the trailers, we were waiting (especially for those who are not familiar with the primary source, which I am), a return to the good old 2012s (even though Spielberg already did this a year earlier, and I did not like it). Well, I think you’ve caught my initial skepticism about James Cameron’s idea. However, how wrong I was!

Following the chronology of the release of films in cinemas, Alita turned out to be the long-awaited fantastic blockbuster over the past few months and, fortunately, quite worthy.

Alita - a cyborg girl found in a garbage can of history, a fragment of an old war. Like an angel, she fell from a heavenly city straight to a landfill. Despite her 300 years of age, Alita gives the impression of a typical teenage girl - a charming big-eyed creature, a researcher with the habits of a young predatory animal, filling up the memory gaps and getting acquainted with the surrounding reality, she grows up too quickly.

The body that Professor Ido created for his deceased daughter turns out to be completely unsuitable for fighting evil. A rapidly growing girl needs a new and much more advanced costume, created hundreds of years ago.

Visually, the film ALITA: BATTLE ANGEL was made at the most modern level. The surrounding world of Air City is thought out to the smallest detail, but, especially, the surrounding natural locations look beautiful even though all this was created based on computer graphics.

I made a Querlo chat on this film. Please, check it and chat with me on these themes:

a) Rosa Salazar   b) Christoph Waltz;

I invite you to Querlo: ALITA: BATTLE ANGEL Movie Review (the link opens chat in a full-screen mode):

ALITA: BATTLE ANGEL is the first worthy adaptation of Japanese comics, with live actors, the first interesting modern teenage movie, albeit stuffed with clichés. Despite my initial skepticism, the tape pleasantly surprised me with each new minute and I fell in love with it to the finale.

About the impression after watching I can say this: I liked the movie. Despite the remaining understatement, the film remains a balanced work. In ALITA: BATTLE ANGEL, the surrounding world is wonderfully worked out. Despite the futurism, you believe what is happening on the screen, and the viewer has nothing to complain about since there simply is no drawn back or under-render. The film is depicted as a one-piece product with an interesting emotional adventure in terms of plot. However, questions remained, and probably, the answers to them I, and all other viewers who liked the movie, will receive in the sequel.

It is a bright, juicy, lively and talented movie, at least with unforgettable villains, races and fights, with frenzied imagination.