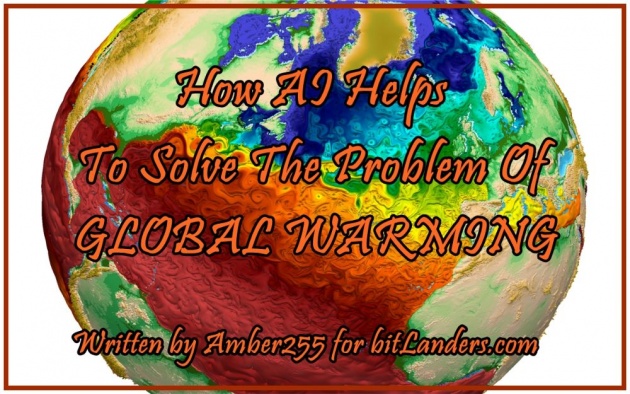 How AI Helps To Solve The Problem Of Global Warming? - Photo credit: blogs, edition by Amber255 via bitLanders

Climate change is the human-induced observed and predicted long-term changes in average climate indicators, as well as climate variability, including anomalies such as droughts, severe storms, and floods.

How the climate is changing?

The climate is changing, and it is happening right now. This is not about a distant phenomenon that will take place sometime in the future, and not only about a rise in temperature. In some parts of the world, annual rainfall is expected to decline over the long term, while in other regions, fluctuations in rainfall and temperature will noticeably affect the growing season of some plants.

In other places, the annual rainfall may remain the same, but they can fall out at large intervals, in the form of much stronger and shorter rainfalls, causing increased droughts and floods. The intensity of strong storms and their varieties, hurricanes, may increase. The potential impacts of climate change are diverse and vast, and therefore the prevention of these effects has become a high priority on the global development agenda.

Although the Earth’s climate has fluctuated before, in the last 100 years this has been happening much more often. At the same time, the average surface temperature increased by approximately 0.6–0.7 ° C. This may not seem like much, but since the climate became a “non-linear” dynamic system, even slight temperature changes can cause several cascading effects.

Climate change is the biggest challenge facing the planet. It will need every solution possible, including technology like artificial intelligence (AI).

The means to stop climate change

The removal of carbon dioxide from the atmosphere, the freezing of poles, the greening of the oceans - the measures now proposed cannot prevent the dangerous and irreversible climate change on the planet. We've gone too far with global warming. From talking about how to prevent emissions from rising, we got to discussing ways to clean the atmosphere from greenhouse gases.

The problem of global warming is one of the most acute problems of our time, and we know that we must respond to it with all seriousness.

So how do we solve this problem? How do we start the global warming rollback process? The only way we know is to avoid greenhouse gas emissions and extract those that are already there. Given the current situation, this sounds impossible, but humanity already knows what to do. We have effective technologies and methods that can provide a rollback. And this is already happening. All we need is to accelerate implementation and change rhetoric: from fear and confusion, which only lead to apathy, to understanding and opportunities and, therefore, to prospects.

In fact, due to climate change leaving people in poverty, one can lose what has been achieved in the field of world development. For example, climate change caused by human activities can lead to the following consequences:

- negative impact on agriculture in the tropics and subtropics (threat to food security);
- a further decrease in the amount of water and its quality deterioration in regions where poor communities depend on rainwater used for irrigation of grain and drinking;
- the spread of dengue fever, malaria, and other diseases in tropical and subtropical regions (where health care is already poorly developed, there will be an increase in mortality);
- ecological systems and biological diversity in them will be harmed (which will entail a reduction in opportunities for services, livelihoods, and income).

In total, my Querlo chat considers several areas where machine learning technologies could find their application. Check the chat and find the info on the topics listed below:

I invite you to chat with me about How AI Helps To Solve The Problem Of Global Warming ( the link opens chat in a full-screen mode):

Climate change is one of the development issues. Given the possible impact of this phenomenon on many aspects of human life, today, probably, it is one of the most important development issues. The rich countries, which have long been among the industrialized countries, bear the main responsibility for the problem of climate change, while the poorest communities and countries suffer the most from the consequences, since, as a rule, they take the brunt of severe floods, droughts, storms and other predictable phenomena, the means to effectively combat which they lack.

Scientists agree that it is human activity - the burning of oil, gas, and coal - that leads to the greenhouse effect, which causes an increase in average temperature.

AI can provide invaluable assistance in minimizing the worst effects of global climate change, but this technology is not the only way to cope with all problems. Political forces should take an active part in this matter. 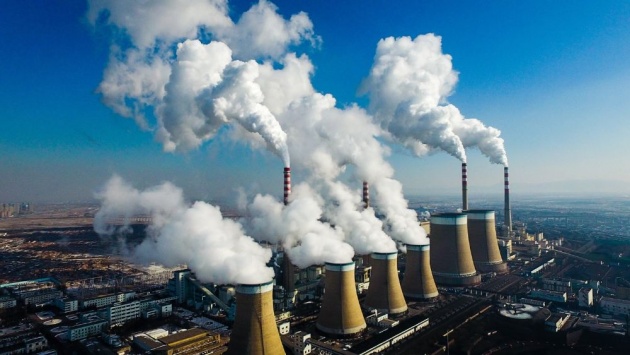 Whether you are a farmer on a coffee plantation in Columbia or a landlord in California, climate change will affect your life.

But another thing is true: your actions will affect the planet in the coming decades, better or worse. You decide!