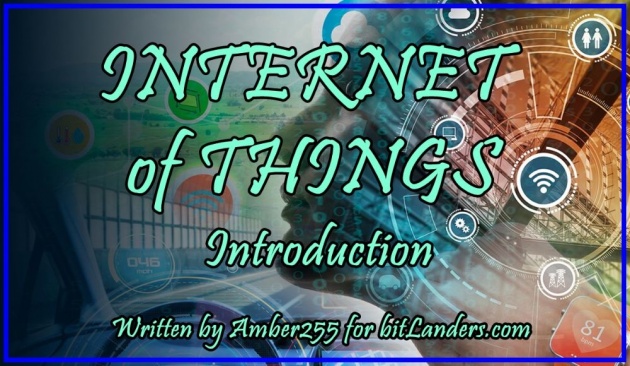 The idea that devices can communicate with each other without human intervention appeared quite a long time ago. At the end of the 1970s, there was discussed the possibility of fully automating the transmission of data.  Then this approach was called pervasive computing. It took technology several decades to finally make it possible to talk about the Internet of Things.

We already can monitor how the Internet of Things drastically change the world. These changes are related not only to high-tech industries or infrastructure. They are related to our everyday life.

The vending machine selling soft drinks was one of the first known IoT devices. It was modernized by American students in 1982. It allowed to remotely check the availability of drinks, as well as whether they are cooled. In the 90s, the theoretical basis of IoT, based on the ideas of wireless data transfer, mobility, and artificial intelligence, was already laid. In 2000, technologies developed rapidly, and the first implemented IoT projects appeared. Also, the large-scale plans were built about smart cities and the full automation of routine processes.

The Internet of things (IoT) is the extension of Internet connectivity into physical devices and everyday objects. Embedded with electronics, Internet connectivity, and other forms of hardware (such as sensors), these devices can communicate and interact with others over the Internet, and they can be remotely monitored and controlled.

If you think that the concept of the Internet of Things is a matter of the distant future, then you are deeply mistaken. Already, we can present several examples that will change your opinion. Unlike the Internet for people, IoT is used for practical benefits. The Internet of Things performs several useful tasks - it maximally automates processes, reduces time and material costs, and optimizes production.

The Internet of Things is not only an executive refrigerator, which itself orders the owner's favorite food, or an obliging kettle that boils water on demand from a smartphone. These are smart sensors in the fields, drones with cameras, through which you can remotely monitor the state of the soil, these are sensors in public transport and unified systems for monitoring city life.

In other words, in a few years, the world around us will become the Internet of things.

How the Internet of things functions?

For IoT starts working, it is necessary to fulfill three conditions - the creation of a single-center, the use of a single standard and ensuring the security of data transmission. Creating a single IoT center eliminates the use of human in the transfer of programs to achieve the goal. His place should be taken by a smart device, which will distribute commands within the network between devices.

The data exchange should be carried out in a single language, with which the creators of the Internet of Things concept still have serious problems. Each company, be it Apple, Google or Microsoft, develops an algorithm separately, so shortly, we can only rely on the invention of a local network, which will be difficult to combine even within the same urban area. In the future, the most successful network may be adopted as the standard and will become a global network.

Naturally, data transfer should occur in a completely secure mode and protect the network from hacking by hackers. Otherwise, the hacker will receive complete information about the owner, which can be used for criminal purposes.

If you do not fully understand what it is and how it works, check Querlo Chat. There you will find information about:

1. What is the Internet of Things?

a) IoT and smart home;

d) IoT and Agriculture and Industry;

Chat with me on Querlo about the Internet of Things: Introduction (the link will open chat in a full-screen mode):

The list of smart devices is growing day by day; dozens of companies around the world are engaged in their development. Mostly connected devices are intended for the arrangement of domestic needs, but everything is still in the future for the Internet of Things.

Connected devices will help the user to optimally use resources - heat, water, light. Wrist sensors will monitor the vital signs of their owners around the clock, keeping their heart rate, temperature, pressure for a detailed study, and quick response to potentially dangerous changes.

The user will be able to safely leave the apartment for a month without fear of a thief getting in, fire, or water leaks - after all, he will daily monitor what is happening in the dwelling using video cameras and sensors. If necessary, smart devices will call emergency services themselves if they trace smoke or the appearance of a stranger.

However, experts note the negative sides of the Internet of Things. Almost every gadget connected to the web will become the object of interest of hackers and intruders. Typically, IoT devices are used to organize large-scale DDoS attacks — giant bots are formed from smart gadgets under secretive control.

But even this danger is unlikely to stop progress. The number of sensors and IoT devices already exceeded the number of mobile phones and become the largest category of connected devices.

The expected effect of the emergence of the Internet of Things system is the unification of all smart devices under uniform standards. In reality, everything looks somewhat more complicated - each developer tries to find his solution, which is why it will be a difficult task to combine devices from different manufacturers into a single network.

With the gradual introduction of the Internet of Things, in theory, it would be possible to create whole autonomous enterprises that are independent of a person and do not require the constant presence of workers.

This system could unite entire cities and countries, and possibly the entire planet (at least, the inhabited part of the land). But at present, progress is aimed at the needs of the consumer, who is ready to pay a lot of money for the purchase of new technological assistants - and some scientists have quite reasonable concerns that a powerful project, in theory, capable of uniting and benefiting all humanity, will be buried in commerce and a thirst for profit even before getting decent development.

The Internet of Things in its ideal format should turn each connected device into an individual capable of accumulating experience and independently making decisions based on both its basic functionality and following other factors.

In modern realities, this seems to be very difficult, since the storage of a common database for all devices will require a truly powerful supercomputer with titanic memory capacity.