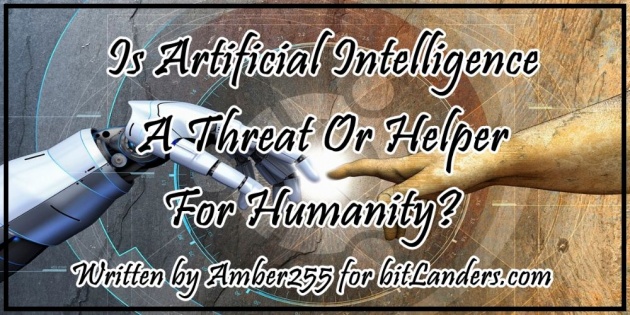 Whether robots can force people out of the labor market. And most importantly - can artificial intelligence pose a threat to humanity, according to Professor Stephen Hawking. This world-famous scientist believed that people due to slow biological evolution cannot compete with artificial intelligence, and it can take the place of man.

Experts say that we will receive artificial intelligence in full by 2050. They suggest calling this system superman. Some say that he will save mankind, some believe that he will destroy us.

Seriously, are you not bored of people like Elon Musk or Stephen Hawking, who are frequently claiming that artificial intelligence (AI) is a big threat to human society? It fuels expectations to a point that the general public is getting the idea that AI research has recently made quantum leaps. And thanks to raising these expectations we could easily run into an AI winter again.

Honestly, I am very happy for the Hawking optimist, because, in my opinion, it is not the intelligent machines that will take the place of a person that is much more dangerous, but people, deprived of intelligence, who will take the place of a person. This looks a greater danger. When you read the news and watch what is happening in the world, suspicion creeps in that people without intellect are somehow already crowding out us. Therefore, for a long time, we still have to fear machines without intelligence. An interesting thing: after all, a robot can harm a person without being a robot.

We were always afraid that such an iron robot would come with a lamp instead of a nose and start shooting at us from our plasma pistol. But in fact, we open our e-mail and see tons of spam sent by robots. They do not have a body, but they are robots.

Then we see how robots constantly go, knock, and crack our servers, knock on each site, try to pick up passwords. All this is also done by robots. These are huge botnets that do everything, from hacking personal data to industrial espionage, configured, of course, by people. To me, it seems more urgent danger.

Android in a titanium shell will not appear very soon, and it does not have a brain, and primitive robots can harm, do dirty tricks, bother. They can wake you up with a call and say that your debt for electricity is 5 dollars. These are also robots calling.

Scientists have set the task of creating an artificial brain that thinks thousands, maybe millions of times faster than a biological brain, where, as you know, nerve impulses are transmitted at a speed of meters per second, in contrast to electrical signals.

The fact is that the human brain, as the creator, when it comes up with something and begins to invent some other ways of thinking, consciousness in parallel with nature, it seems to me that it goes on the wrong path because nature is wise and it created a biological organism. If we create some kind of thinking device, it should be approximately based on the same principles that we are trying to follow.

I am not saying that in the coming years we will create such an artificial brain that will equal or surpass the human one. Very large steps await us on that path, which will help create such self-organizing devices that will revolutionize technology. It may be another technical revolution.

The destruction of people by artificial intelligence is a distant prospect. But crowding out people from the labor market is already a reality today: one factory is being built in China, where 99% of workers will be robots; shops, where there are no people; some trains, where there are no drivers; automatic machines for the sale of various kinds of tickets.

On the one hand, this is a threat to people, but social preconditions lead to the fact that fewer and fewer people will, in principle, continue to work if to look in a historical perspective. On the other hand, one can hardly talk about robots here. Rather, it is the development of tools. We understand that a worker with a pneumatic hammer replaces two hundred stone slaves.

And this is good, because sometimes you come to the institution and you see that a huge number of people work there, but they all are engaged in sending some files to the printer, running with these pieces of paper to the next table, putting them down, a person is reading something, then sends someone else to run away with a piece of paper somewhere. And you understand that all these people can be replaced by the power processor of a pocket smartphone. It will do the job well and will do it better and without mistakes. Another thing is where to put human workers. This is a social issue.

I think a person should find better work. Maybe these accountants will bring up children perfectly, maybe they will do gardening and make beautiful parks, maybe they will devote their lives to studying history or music, or just become wonderful thankful listeners and viewers, which is also good.

If you want to get to know more on this theme, please check Querlo chat, created by me, and find out what I share on these topics:

1. The economic effect of AI and its impact on the labor market;   2. Is artificial intelligence a personality?

3. Is it possible to teach AI ethics?    4. What are Neural Networks and its future?

Chat with me about Is Artificial Intelligence A Threat Or Helper For Humanity? (the link will open chat in a full-screen mode):

In principle, one must be afraid of everything. The same fire can cook, or it can burn a hut. The same atom can heat an entire city, or it can create such hell that we never dreamed of.

There is danger in everything, in any subject, but so far, in the coming decades, robots should not threat us seriously, because they still need to be developed. But they, of course, exist, they are next to us, and everything must be done so that they develop.

Of course, many theories today seem like sketches of science fiction books. But, you must admit that once the flight to the moon, and robots, intelligence limited by a computer program, were just someone’s invention. But these goals have already been reached. 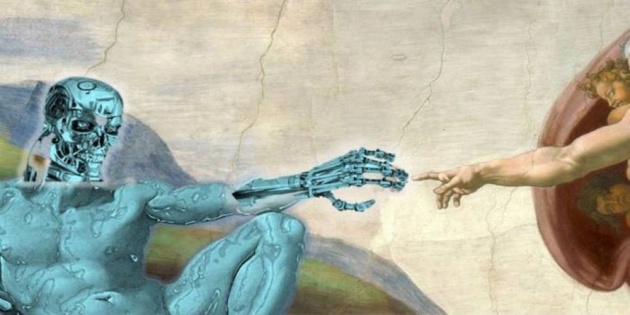