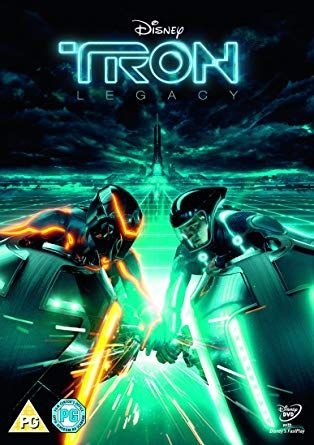 The disappearance of Sam Flynn's father left some dismayed until Sam's surrogate dad (also, his dad's colleague) got a message from the man in question.

Sam goes to his last whereabouts and discovered that Tron isn't just an arcade game and an action figure, it is a personified program (that can be converted to a real human) inside a computer world (The Grid) where you can be digitized and teleported to with laser technology.

Ok so that was a mouthful. But did you know this kind of teleportation has already been done? Indeed, though only to atomic particles. Still, it has proven theories in quantum physics. 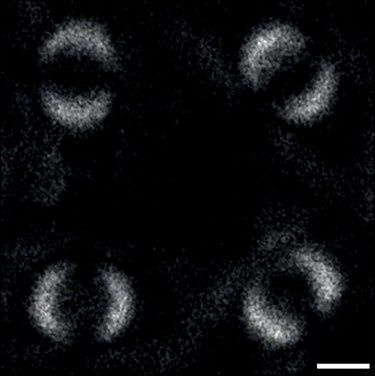 A photon in all quantum states*. Photo credit: businessinsider.com

In the movie, he also meets a computer program (Quorra) who's algorithm is human-like, that is, developed from evolution on its own rather than being programmed.

If you still want to know more about the movie's synopsis and characters, you can engage in the Querlo chat I created below, but I will try to explain quantum teleportation and evolutionary algorithm in this post.

All About the Quanta 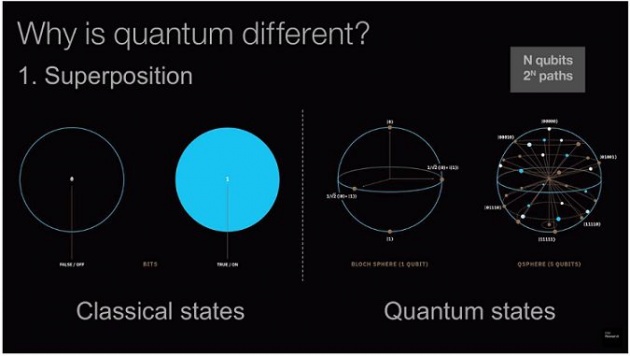 Normal computers use binary codes, while quantum computers use qubits which have quantum states of 1 or 0 (yes or no, up or down, etc..), and a superposition of 1 and 0 (yes and no, up and down, etc..). Each qubit is unmeasured and undefined (until detected) because of the unpredictability of a particle, unlike binary which is predefined.

There are no known fault-tolerant quantum computers as of today, Nonetheless, supercomputers have managed to perform quantum computing with the use of weak artificial intelligence. Applying AI's deep learning is proven quite useful, like in quantum teleportation.

In the movie, Sam uses a quantum computer, known as the Quantum Teleporter. He executes laser control and teleports into the world of Tron.

In our real world, this is possible, but not in the popular sense. Teleportation in this matter involves scanning the object to be teleported, relaying this scanned information to another location, then applying this scanned information to a set of raw materials—such as an atom, or in the movie, a digital version of Sam, but retaining his human properties, such as bleeding.

There is no transporting of the physical object in another place, rather it is only the exact data (aka set of instructions to make the exact object) that is being transported.

It isn't cloning per se, because the original object would turn into an entangled state. It means that it can no longer be recognized as the same object. Cloning is not plausible in quantum physics.

Quantum teleportation is made possible thanks to quantum entanglement. It means that a superpositioned state keeps both objects connected to one another. 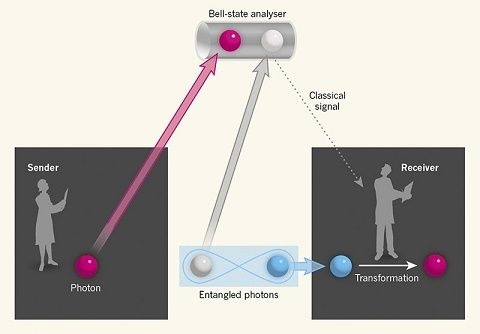 How to teleport an object. Photo credit: nature.com

In order to teleport data, we need a set of an entangled pair, each at different locations. We then put one pair entangled to the data to be teleported (by Bell's Theorem). We can use unitary transformation to equalize the pair, depending on the probability of the outcome.

If it has been equalized, successful teleportation can be executed using laser pulses.

Another cool feature in Tron: Legacy are isomorphic algorithms. While the term was only invented for the movie, it has similarities to strong artificial intelligence and evolutionary algorithm, but with a twist.

Quorra's a quasi-superintelligent AI, in that she can feel emotions, comprehend selflessness, find her own life's purpose, and regenerate part of her body as long as you know how to edit her source code. However, I think she became human when she went out with Sam into the real world. 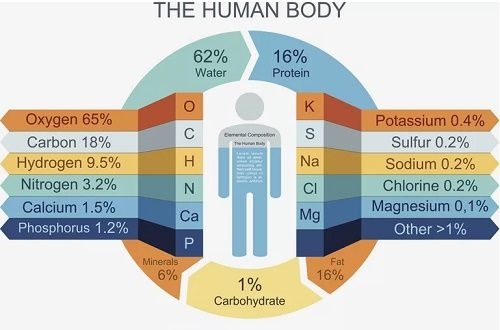 But, hypothetically, if she retains her “bio-digital instructions,” then she is both an Iso and a human. When she gets injured in the real world, how can we access her source code to remove the faulty data? Yep, probably just sci-fi, but still cool to imagine.

Another thing about Quorra is her origin...

Isomorphic algorithms (Isos) are Grid-made personified programs which constantly evolve and learn. Why they are called algorithms instead of programs perplexes me, but I think it's because they self-manifested and were not “programmed.” 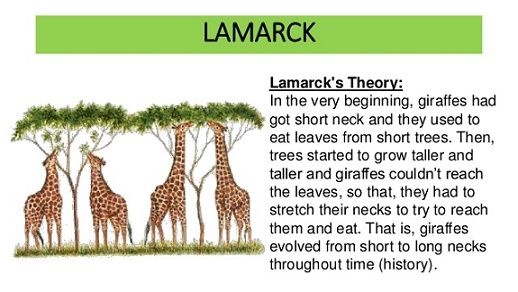 As analogous to the evolution theory, Isos came to being on their own, with the right conditions in the Grid. Their evolution through natural selection is unspecified, but it is the most viable explanation on how they'd exist.

But they are deemed imperfect, so, therefore, they constantly evolve through learning and adapting to their surroundings. Much like in evolutionary algorithm, in the sense that they are governed by the principles of biological evolution. 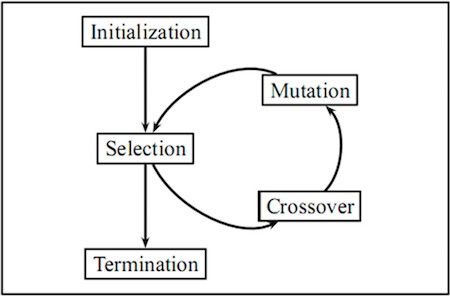 These two algorithms are also similar because they have implications in artificial intelligence, and they deviate from the standard mechanism of robots; they're closer to thinking humans, in a manner of speaking.

“It is as if artificial intelligence was able to discover by itself how to teleport qubits regardless of the disturbance in place, even in cases where we do not already have any solution.” —Enrico Prati

Quantum teleportation is made feasible because of the application of artificial intelligence, methods that need massive amounts of computation, which only computers are capable of doing. That is why it is beneficial to generally acquaint oneself about AI.

The same is true for evolutionary algorithm (EA). The awesome part of EA is that it's closer to human thinking because it uses counterintuitive measures to produce output with less complex codes, rather than choose from a set of predefined commands. I believe EA is a baby step closer to strong artificial intelligence. 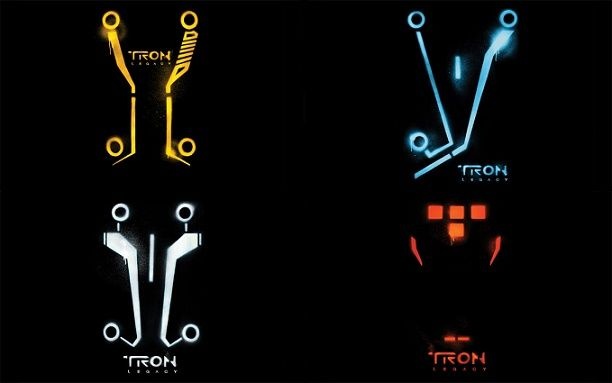 As for the movie, you can watch it if you're interested in solid sci-fi tech. The script was very well written, the effects considerably good and imho the actors immersed themselves in the role they were playing.

Disclaimer: Tron: Legacy is owned by Disney. This blog post is for educational purposes only. Seek further knowledge from an expert in the given field. Writeup made by lapiz-lazuli.