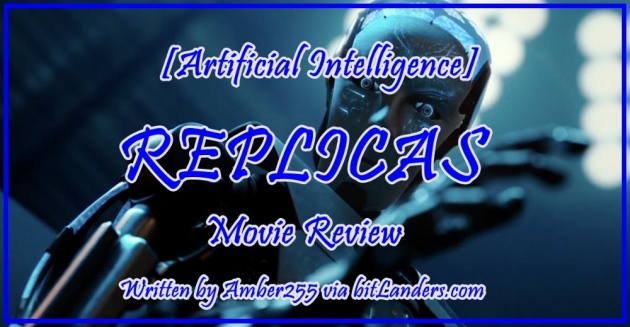 On the topic of cloning, many vivid pictures were shot. It seems, to say something new on this topic is already problematic. But Jeffrey Nachmanoff decided not to bring anything fundamentally new to a familiar topic, but to tell a family drama, making everyone's favorite Keanu Reeves as the main lure.

What REPLICAS is all about?

REPLICAS is a fantastic drama with elements of a detective story will appeal to everyone who prefers films about replicants, robots, clones, and other innovative creations. The director of the picture, Jeffrey Nachmanoff, is still not so well known to our viewers. Behind his shoulders are only a few low-budget paintings, but there are plenty of TV shows. Jeffrey Nachmanoff is also a screenwriter.

A scientist restores his family with the cutting-edge tech after their death in an auto accident. Now while this film purports to be about science, it is actually about magic as it jumps from one far-fetched suggestion to another (human cloning, conscious A.I., the transference of consciousness, etc.).

In the story, the main character, a biologist, is trying to succeed with the transfer of human consciousness to the machine - robot. He fails again and again, but one day a tragedy occurs.  In a car accident, his wife and three children die. He refuses to acknowledge the death of the family. Hiding from all friends and colleagues information about what happened, he decides on a global experiment.

Using reproduction, the scientist creates exact copies of his family and loads into their heads the real consciousness of the deceased wife and children. The head of the family is well aware of the possible consequences, but what will happen in the end will amaze not only him but also change the whole world.

I immediately want to warn that fans of action movies or hard thrillers will be a bit disappointed. There is no action or heaps of corpses in the film. The whole production looks calm, but with emotional empathy, because the main share of the events is drama. Since the accident, the viewer will have to let through all the pain of despair of the protagonist, his tragedy and internal fears of the unknown.

As soon as closer to the outcome, extreme events begin to occur. As a result, you first become witnesses of a heartbreaking drama, then the atmosphere of the film takes the form of a detective or even a thriller, and at the end, the viewer plunges headlong into the spectacular action, albeit very short.

Who is a personage of Keanu Reeves?

It is worth mentioning right away that Reeves' character here is the most controversial element of the story. During the viewing, the viewer will several times ask the question: who is he, William Foster - a loving father and husband or an unprincipled careerist, for whom even the death of a family became an occasion for new experiments?

A person who, five minutes after catching the corpse of his youngest daughter from the river, begins to experiment with her, simply cannot cause any sympathy. The viewer wants to feel the drama of a man who has lost his wife and three children overnight, but the script does not allow this, forcing the hero Reeves to act more and more devilry.

The cognitive dissonance that the hero Keanu Reeves provokes with his behavior is so strong that even a happy end does not save the tainted reputation of a brilliant scientist.

As for the actors and the production, then, of course, the whole load rests solely on the main character, played by Keanu Reeves. Without false modesty, we can safely say that absolutely any actor would have mastered his role, but not everyone has exceptional charm in the frame, as is the case with universal favorite Reeves. Although, of course, he plays well. You want to empathize with him and mentally support him. A high-quality picture is no worse than that of large-scale blockbusters.

I created Querlo chat where you can find more info about REPLICAS movie. Find info on teh topics:

Chat with me, please, about [Artificial Intelligence] REPLICAS Movie Review (the link opens chat in a full-screen mode):

Despite some sagging in the middle, the overall impression is very good. Of particular note is a very original and unexpected ending. I expected anything but not that. For this, my praise was given to two screenwriters.

To be honest, I expected something different from the film and thought that the reproduced organisms would not behave as they should, would get out of control and begin to wreak havoc. However, seeing that this was not so, I was pleasantly surprised. Still, it’s great when your expectations and guesses for the further development of the plot are not confirmed and you praise the director and screenwriters for avoiding banal everyday.

The scene when the question arises of erasing from memory such valuable and important memories for each parent was shown greatly. The hardest act and the most severe psycho-emotional consequences expose the human pain of loss, and Reeves, in this case, played very well, defeating the hero who faced an incredibly difficult choice.

Actor Keanu Reeves plays an excellent biologist who decided to resurrect his entire family. The scale is staggering: "Man, as the creator God, creates his kind." This film overthrows God and gives the power and strength of the human mind to create their kind. Actor Keanu Reeves, playing the biologist Foster, perfectly showed: “Man is the king of all life on Earth!” A magnificent message: “Science can turn back life and remove death.” 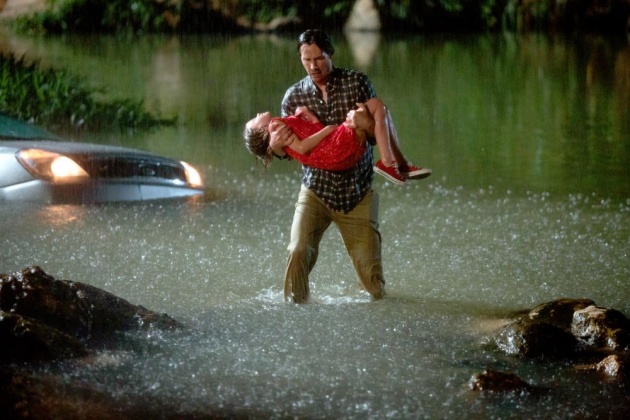 The subject of cloning is not the only scientific shocking truth. There is also the introduction of human consciousness into the robot.

In general, whatever one may say, but the movie turned out worthy, interesting and entertaining.

Recommend for viewing. And although this is not a cool blockbuster with a bunch of special effects, it’s a very good and informative story about the power of the mind, family values, and love.

REPLICAS is a film that accelerates to high speeds from the first minutes of timing and makes you sit on the edge of the chair in anticipation of how it will end.

The creators of this tape raise on the screen eternal themes that have been of interest to mankind for hundreds and thousands of years. Is there life after death? What awaits each of us after death? What makes a person human? What is the human soul?

However, in light of how actively high technologies are developing and how the development of robots and artificial intelligence is progressing, it plays on the screen in a very interesting way.