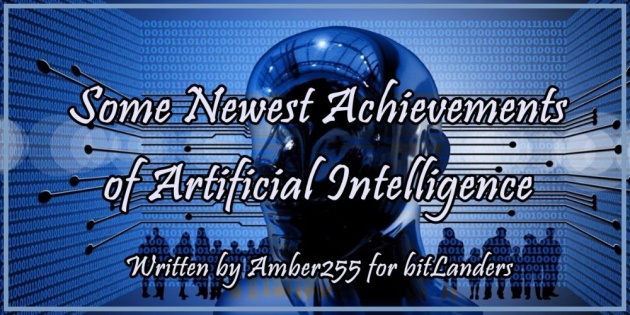 Artificial intelligence technologies have been used everywhere for almost a dozen years. This has given us many intellectual products that we are actively using now, but there are still many opportunities for improving them.

As we know, human thinking is based on the interaction of brain neurons, the connections of which change under the influence of life experience. Similarly, AI algorithms were developed based on neural networks that allow computers to acquire new skills, as people do.

Despite all the hype around the robots, the last year was marked by quite significant successes in the field of artificial intelligence (AI). If to mention practical achievements, machine learning has helped to increase productivity and expand people's access to medical services. But on the other hand, if you recently spoke with Siri or Alexa voice assistants, then you know that contrary to all the rumors and experiences of billionaires, there are many things that artificial intelligence does not understand or cannot do so far. That's why AI is improving all the time.

The total cost of developing highly intelligent machines is estimated at hundreds of millions of dollars a year, and recent advances show that such amounts are justified. The intelligence of machines is growing every year, and some of them can now surpass human capabilities in certain areas.

In 2011, the IMB Watson supercomputer managed to win the Jeopardy TV show, where it not only had to look for the right answers to questions but also understand their meaning in natural language. The tasks used metaphors and the questions themselves were asked without any simplifications and clarifications. Having overcome these difficulties, Watson demonstrated truly unique analytical capabilities that are now applied in various industries.

One of Watson's greatest accomplishments is the ability to independently conduct medical diagnostics. By analyzing huge amounts of data with various medical histories, diagnoses, treatment courses, and making objective conclusions based on this, the supercomputer has established itself as a good doctor.

If we talk about the intelligence of computers, a real breakthrough in this area occurred just a couple of months ago, when the Google AlphaGo program managed to beat its absolute champion Lee Sedol in the game. This topic was actively discussed since skeptics believed that this was impossible in principle (in any case, with the current level of technology development).

Go is a truly highly intelligent game where billions of combinations of chips are possible on the board. Players themselves not only calculate possible combinations but also act intuitively. Therefore, working only based on sorting out all kinds of moves, computers could beat mid-level players, but not professionals.

The victory in go over its champion was allowed by the technology of deep machine learning, which is now the most trendy direction in the development of artificial intelligence. The computer learns from examples and their own experience.

The technology of deep machine learning allows you to simulate truly complex nonlinear relationships, consisting of many layers, which significantly increases the learning ability of artificial intelligence. Therefore, the scope of this technology is not limited to the game of go. It is an integral part of research in the fields of speech and image recognition, and unmanned vehicles, and is also used to solve other complex problems.

Facebook, for example, is actively developing deep machine learning technology to create the social networks of the future. It is assumed that the developed systems will be able to understand the messages in the news feed and show the user only those news that is interesting to him. The first research results are already used in practice in the algorithms of Facebook.

Another area where artificial intelligence is gradually penetrating is unmanned vehicles. Many experts agree that very soon the streets of all cities will be filled with smart vehicles, which will not require human intervention in the management process. Already today, owners of premium cars can take full advantage of features such as line tracking, collision alert, and adaptive cruise control. Modern car control systems can independently release gas and brake.

Artificial intelligence gradually becomes a part of our lives.

Do you know that some news items you have to read are written by robots?

Creative knowledge of the use of artificial intelligence was approached by the Japanese company Deep Knowledge, which became the first organization in the world to include artificial intelligence on its board of directors. By analyzing large amounts of data, a robot named Vital can find trends that a person may not notice. This allowed him to get a vote on all financial decisions that are made in the company.

Does it isn't exciting AI achievements?

Check my new Querlo chat and find info about some last AI achievements:

Open Querlo and chat about Some Newest Achievements Of Artificial Intelligence  (the link opens chat in a full-screen mode):

Artificial intelligence is used not only for peaceful purposes. Significant funds are invested in the creation of combat robots, unmanned vehicles, and war games, and this happens in many countries of the world. The main task of this industry is to create robots capable of working in the most dangerous conditions for human life.

This is truly one of the key areas of technological development that determine and will determine the future of the whole world. Artificial intelligence mechanisms provide real-time quick adoption of optimal decisions based on the analysis of gigantic volumes of information, the so-called big data, which gives tremendous advantages in quality and performance.

I will add that such developments have no analogs in history in terms of their impact on the economy and labor productivity, on the effectiveness of management, education, healthcare, and on people's daily lives.