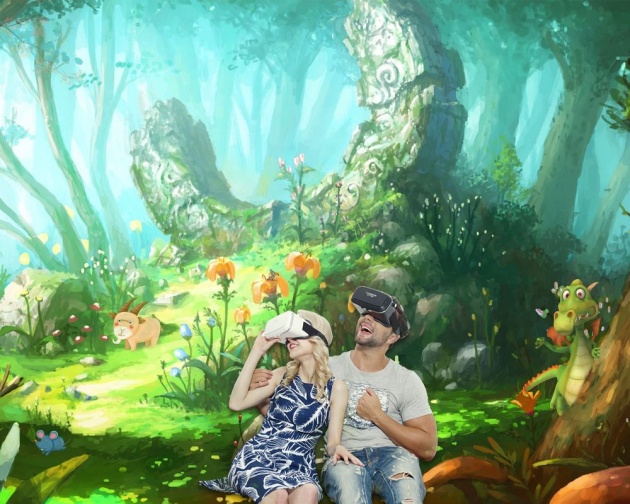 “The incredible thing about the technology is that you feel like you’re actually present in another place with other people. People who try it say it’s different from anything they’ve ever experienced in their lives.” - Mark Zuckerberg

What is Virtual Reality?

Virtual reality (VR) is one of the fast-growing technologies that is very popular among young people and gamers.  Virtual Reality is a technology which with the help of a software program creates an artificial atmosphere. It is a place where the real blends into the surreal.

Imagination is where dreams, art, and literature are born. VR immerses people into the imaginary world. right into the middle of an experience, tricking people into believing that they are really there experiencing what they see.

Imagination, gaming entertainment has been a means for people to escape from the harsh realities of the real world. Young people find the imaginary world more alluring than the real world, so it is not hard to imagine how easy it is for them to get addicted to an imaginary world.

VR is a way to escape the real world into something more fantastic. It has the potential to be the most social technology of all time. - Palmer Luckey 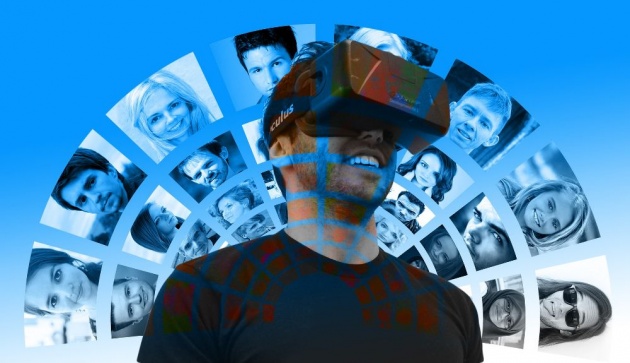 The journey of Virtual Reality

The first virtual reality head-mounted display (HMD) was created by the computer scientist Ivan Sutherland in 1968. The head.set was so heavy that it had to be hung from the ceiling.

Next  it was the turn of MIT to develop the Aspene Movie Map in 1978, with a little help from DARPA, this was a the forerunner of the  Google Street View.

One of the first companies which attempted to launch a VR headset was Sega in 1991. Unfortunately the company never released the product.

In 2010, 18-year-old entrepreneur Palmer Luckey created the first prototype of the Oculus Rift. It claimed to have a 90-degree field which was unheard of before.  This company was bought over by Facebook in 2014.

Virtual Reality as a technology has been slow to take off. In fact it almost became a forgotten technology because of the cost involved before it was resurrected once again.

It promises to become a technological game changer someday soon. VR has now become much more affordable than before and has gained a strong foothold in the gaming market. However, today it is finding uses in areas unheard off.

Who can use Virtual Reality Technology and how?

While VR is amazing it is not exactly safe. Children below 13 should not be allowed to use the head set because of the dangers involved. When people are immersed in the virtual world and cut away totally from the real world they loses all awareness of space. The gadget immerses them in experiences to which they react as they would in the real world.

The disorientation and the loss of spatial awareness caused by the experience even for 15 minutes or more could lead to accidents even among older people. 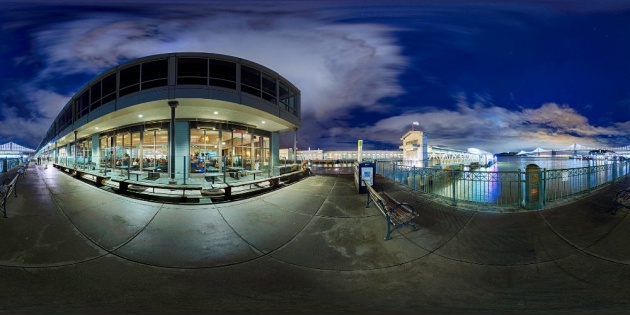 Gaming and entertainment may just be minor areas where this technology would be used in the future. VR has found uses in the field of education and training; it is becoming an important medical tool as well.

Imagine how subjects like history or geography could be made interesting for students. They could go into a volcano or experience an avalanche and not just learn about them. Learning becomes a realistic experience which cannot be easily forgotten.

Surgeons can now be trained to do complicated surgeries through VR where there is no risk involved. They can better understand the delicate functioning and the intricacies of the organs and improve their surgical skills without touching a real patient.

Military training has found an efficient method to train its personnel in all terrains through virtual reality programs.

Soon we could be walking into museums or concerts through a VR set and enjoying the experience of looking at a Van Gogh painting or staring right into the eyes of Elton John as he sings his soulful melodies without having to travel across continents.

Maybe we could even travel to Mars or the moon from our living room without having to pay exorbitant amounts for a ticket.

Live streaming of art or cookery shows into our homes through the TV or Youtube while being watched with a virtual reality could transform a regular program into a new and unique experience.

This is a new medium. It’s an unwritten canvas. People can figure out what a story looks like and an audience can see if they like it. It’s a really unique time. - Chris Milk, Founder of VRSE

The Growth of Virtual Reality

Why has VR not taken off as it should have as an emerging technology? What stands in the way of VR taking over the world is the high cost of the headset While prices are coming down it is still way too highly priced for people to start owning one. The headset needs to get a bit lighter and the manufacturers have to possibly come up with more features to make it more popular.

The fact that Google cardboard has been working on making the technology available to all, Facebook has invested heavily into Oculus Rift shows that these tech giants believe strongly in this technology although it has not taken off the way they expected it too.

Finding new uses for the product is what might help VR become more than what it is today. VR is still in its infancy and waiting for the next big adventure to lift it high up and take it places.

There’s decades of innovations ahead. We’re at the very beginning, where it’s just at the stage where we can bring in consumers [but] there’s so much further to go from there. -Brendan Iribe, CEO Oculus Rift

Please join me for a detailed discussion on virtual reality on the interactive C-blog below. These are the topics that we shall discussed there

The Future Of VR

Querlo Chat Virtual Reality The Technology Of The Future By Sofs

Virtual Reality is an amazing technology with great promise. Although the product was introduced specifically for the gaming and entertainment industry it is amazing that we have found such wonderful uses for virtual Reality in all walks of life.

It is important to acknowledge  that every technology has it good and bad sides. It is true that virtual reality has found uses in the health care industry, however, it is important to study the effects it has on the brain when it is used for long period. We need to be aware of how it affects the brain, the body functions, and the psychological makeup of a person.

The manufacturers of such gadgets have a commercial agenda. Their aim is to get you hooked to it so they can keep selling more of their products. It is up to us to strike the right balance and use technology for our benefit and not to our detriment.

This blog post  is written in support of the announcement made by Micky about the Bitlanders AI-Themed Blogging.This blog also incorporates the C Blog (Double bonus reward topics). This article is the 16th in this series on Artificial Intelligence.

After the successful launch of "The bitLanders C-blogging", conversational AI blogging by Querlo powered by IBM Watson and Microsoft Azure. bitLanders continues to support its joint venture Querlo. We believe in our mission to promote our future - Artificial Intelligence (AI) - and build AI conversations via blogging, here we are to introduce "bitLanders AI-themed blogging!". -Credit: quote from bitLanders

My other blogs that might be of interest to you

Artificial Intelligence The power Behind The Tokyo 2020 Olympics