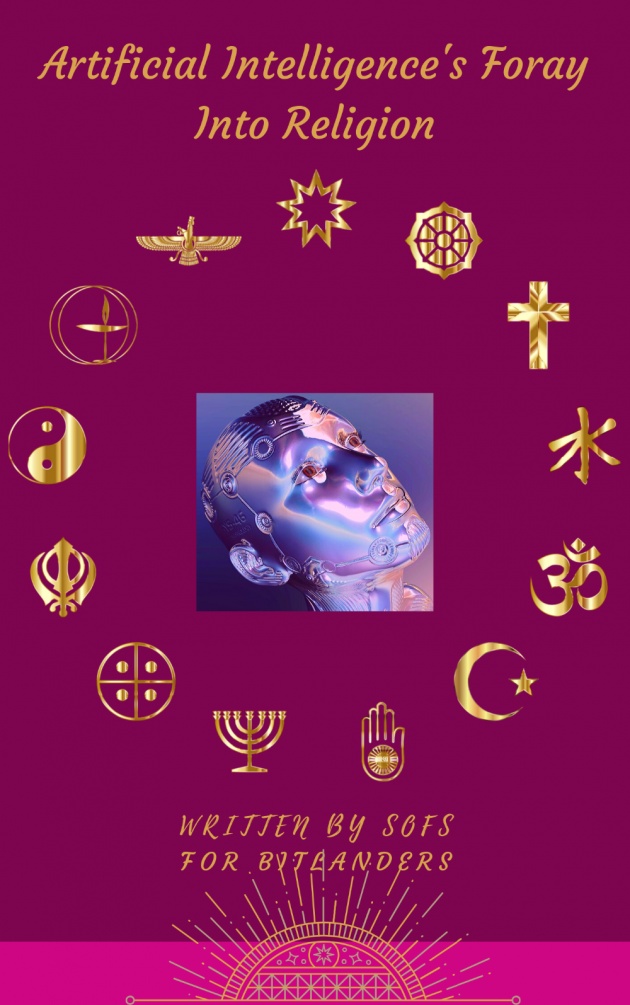 Artificial Intelligence(AI) has become ubiquitous in our lives today and the fact it has its finger in the religious pie proves it. There is even a church of AI founded by a Ex Google employee Anthony Levandowsk, the religion itself is called the Way of the Future (WOTF).

“Man creates for himself a new religion of a rational and technical order to justify his work and be justified by it.” - Jacques Ellul,in his 1954 work The Technological Society

Why An Artificial Intelligence Religion?

It has been held for years that science and religion do not intermingle. So why has Artificial Intelligence ventured into religion? It is because man cannot and will not live without religion.

"What is going to be created will effectively be a god. It's not a god in the sense that it makes lightning or causes hurricanes. But if there is something a billion times smarter than the smartest human, what else are you going to call it?" - Anthony Levandowsk

The failings of the religious organization and rather the lack of people entering into religious roles may have led to this.

The failing of priests be it in the catholic religion or Hinduism or Christianity may have contributed to it. Scandals of pedophile exploitation, gay and sexual molestation by priest have led to people to leave or adopt a negative attitude towards religion in large numbers.

Another reason is that Scripture has always been subject to interpretation and each sect or each individual has his/her own interpretation of these, sometimes even bent to benefit their greed. With AI this issue may be resolved to some extent.

"We should think about how 'machines' will integrate into society (and even have a path for becoming in charge as they become smarter and smarter) so that this whole process can be amicable and not confrontational." Anthony  Levandowski 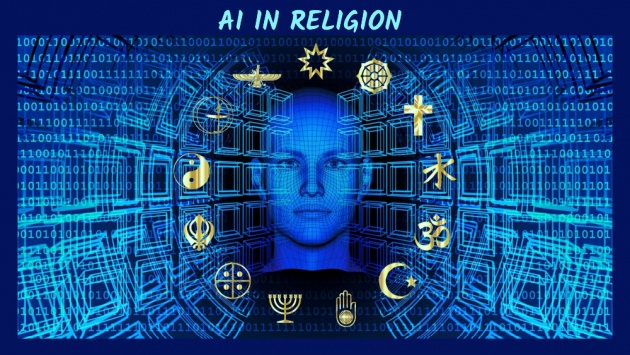 It maybe possible for a few reasons.

Isaac Asimov’s stories and movies like ‘The Matrix, iRobot and maybe others too have already portrayed the machine as a god for a long time now.

When AI become smarter than humans, which is bound to happen at the pace deep learning and machine learning is going Ai may find itself worshiped. But then thanks to Anthony Levandowski                   AI already has a church, a creed and even a Gospel called the manual.

God and spirituality have been associated with miracles and superpowers, when AI is able to accomplish those that man thought impossible AI will easily be venerated as a deity.

The inability of religions to adapt to the changes that happen in society maybe another reason why people will look for other gods. 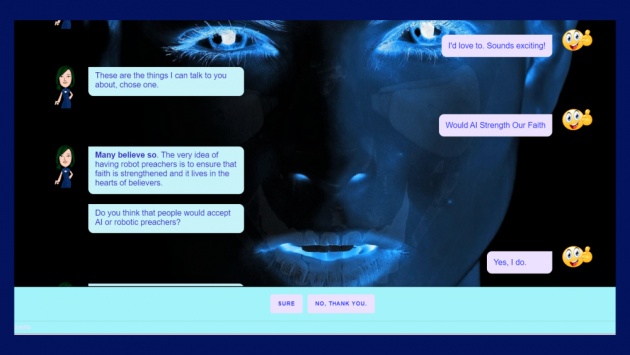 Current use for AI in religion

Would AI strengthen our faith

Would it shake our faith

Would AI lord it over us

Will AI convert us

Querlo chat On Artificial Intelligence's Venture Into Religion via Bitlanders

Artificial Intelligence has become ubiquitous and it is no surprise that it has ventured into religion.  God is one of man’s core beliefs and it some ways it is important for AI to have its own take on God and religion to assert its supremacy.

Man has always worshiped what he fears and the day is not far when he will worship AI, his own creation out of fear and reverence to its superiority.

Its amazing that all our knowledge, rationalization and understanding should lead us back to a god, not The God of all creation but the one who was created in our image and likeness.

This blog post  is written in support of the announcement made by Micky-the-slanted-salerno about the Bitlanders AI-Themed Blogging.

After the successful launch of "The bitLanders C-blogging", conversational AI blogging by Querlo powered by IBM Watson and Microsoft Azure. bitLanders continues to support its joint venture Querlo. We believe in our mission to promote our future - Artificial Intelligence (AI) - and build AI conversations via blogging, here we are to introduce "bitLanders AI-themed blogging!". - Credit: quote from bitLanders

My other blogs that may be of interest to you