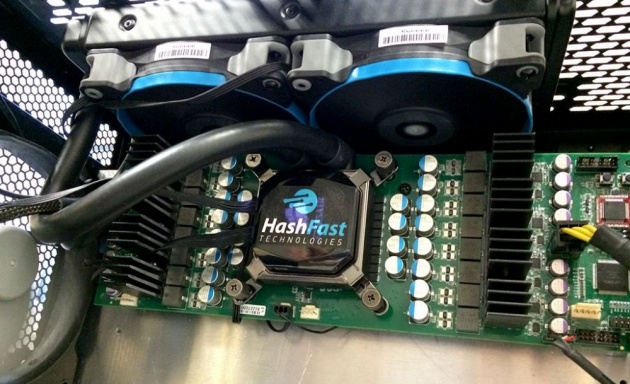 ASIC manufacturer HashFast is facing serious allegations from bitcoin miners who placed orders for its Baby Jet mining rigs, which have since failed to arrive.

Consequently, some of the miners affected are planning to take the company to court, according to ExtremeTech. However, the issue is more complicated than it first appears, and the miners may be facing an uphill struggle.

At the root of the dispute was HashFast’s pledge to begin shipping between 20th and 30th October 2013. In the original Terms of Service (TOS), the company also told customers that they would be eligible for a full refund if it failed to deliver the units by the end of 2013.

“HashFast guarantees that all ‘Baby Jet’ units from our first production batch will be delivered by 31st December 2013. If Buyer ordered one or more Baby Jet units, and HashFast does not deliver such units by that date, then Buyer may at his or her discretion, cancel the undelivered portion and HashFast will issue a full refund the payment for the units that Buyer purchased but did not receive and cancelled.”

But here is where it gets complicated. Most miners paid for their Baby Jet rigs in bitcoin, which probably sounded like a good idea when they made the order. However, since bitcoin’s value has soared over the past couple of months, these overdue rigs now look like the worst possible deal a miner could make.

On average, miners who paid with bitcoin appear to have paid 45 BTC per unit. In August, the company was taking orders at $5,600 per unit (around 55 BTC per unit). Since the units were ordered last summer, the overall price of the units was very different, as bitcoin was trading in the $75 to $150 territory.

The rise in the currency’s value since then means that miners would have had a better return on their money if they had simply held on to their bitcoins and sold them today.

HashFast’s CEO Eduardo deCastro told CoinDesk that the company’s delays were caused by problems encountered in the production process, he said:

“Last summer, we estimated that we would begin delivering to our Batch 1 customers in late October and guaranteed delivery by 31st December 2013 … In late October, we ran into problems with the substrates that we ordered, and decided it was best to find a new source although it meant that our first deliveries would start later, but still estimated before our December 31st delivery date.”

Additionally, in December the company encountered and debugged problems with their PCBs. DeCastro explained that: “On the eve of 31st December 2013, we still were not comfortable starting bulk production or volume shipments.”

“We remain confident that we will start bulk production soon,” he added.
Refunds

Probably the most contentious part of this story is that the “full refund” section of HashFast’s TOS is not being interpreted by the company as a reimbursement in bitcoin.

Controversially, HashFast is offering to refund the customers in USD [.pdf], based on the dollar rate at the time of their purchase. Needless to say, the miners want this paid in bitcoin instead.

What’s more, the company has reportedly antagonized customers further by failing to protect their email addresses in a mailout sent on 27th December. DeCastro admitted:

“Customer emails addresses were accidentally put in the ‘To’ field rather than the ‘Bcc’ field.”

“Only customers received these emails, no other customer-specific information was included. We took immediate and decisive corrective action to put measures in place to ensure that this will not happen again.”

“We apologized, and continue to apologize, to all of our customers affected by this error,” he added.

Everyone who has followed bitcoin over the last few months will be aware that one of the biggest concerns raised by regulators and bitcoin detractors is the fact that disputes and refunds for bitcoin transactions are problematic. Bitcoin is not “legal tender” and HashFast is offering refunds in legal tender, in this case US dollars. Pointing out that HashFast ”operates in USD” deCastro added:

“We accepted payment in Bitcoin and other currencies as a convenience to our customers. In many cases, we never received Bitcoin, but instead received USD from our payment processor, BitPay.”

The US Federal Trade Commission (FTC) regulations outline several scenarios, all of which involve payment by cash, cheque, money order or credit card – not bitcoin.

The FTC states that companies that must refund the entire amount tendered by the customer, including shipping, handling, insurance and other costs. The rules also cover sales paid for in whole or in part by promotional devices like coupons, but they simply do not cover bitcoin transactions.
Critics love legal ambiguity

In essence, HashFast does not appear to be violating any laws by refusing to pay out refunds in bitcoin. While it may be effectively killing its business in the process by antagonizing the mining community, it’s likely that the company doesn’t have much of a choice.

The funds raised in the pre-order process were used to develop the rigs and the value of bitcoin has increased tenfold since the company started taking orders. In other words, the money was likely spent months ago and refunding miners in bitcoin would mean that the company has to pay out ten times as much as it received.

Although some observers believe the increase in difficulty diminished profitability, this is simply not the case, as miners with the right ASICs turned a handsome profit in the last quarter of 2013.

HashFast anticipated this, so they offered to install additional capacity to compensate for difficulty increases. Oddly enough, the company reportedly told one customer that it would refund them in bitcoin if they failed to deliver, but there are two ways of interpreting this promise – either they would compensate them based on the BTC price, or the USD price converted back into bitcoin.

“We are unable to answer any specific questions regarding HashFast’s refund policy, beyond what is publicly available in the Terms of Sale and an email that went out directly to our Batch 1 customers.”

This is bound to remain a very controversial subject for weeks and months to come. Bitcoin critics will undoubtedly use it as an example of bitcoin transactions gone wrong, with limited legal recourse. Worse, the transactions were made by bitcoin enthusiasts and professionals rather than average consumers.

For the time being, it isn’t clear whether the dispute will end up in court and whether the miners will actually find a judge who is willing to rule that the refunds must be paid out in bitcoin, as this would be a landmark ruling. 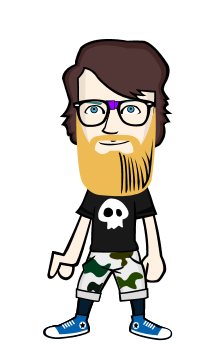 How To Become Successful on eBay e-Commerce Platform

Hi guys, and I'm back again with my fifth comeback blog and what I have thought to write about is a …