AURA significance of the human body and its colors 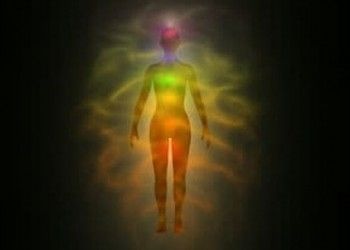 Scientists accept quantum physics idea that everything in the universe emits a certain energy, soul or inanimate. Thanks to new technology that has this science this is easily demonstrable. One of these technologies is called Kirlian photography. With this type can be observed fotogafie perfect energy that your physical body issues and much more. They can be easily seen and nuances issued by it. Increasingly more known for thousands of years things get to be sustained by modern science.

What is the human aura?

If you study the mechanical energy deep enough, you will understand that everything is energy and that matter is actually just a projection of that energy. Since everything is energy, then, it emits energy in one form or another, including inanimate objects.

The human body emits different forms of energy. One of these forms is called "human aura", which is an energy field consists of several layers and colors. Its shape is similar to an egg that surrounds the entire body. Many healers who work with this energy believe that it contains various information about the physical, emotional, mental and spiritual. The asemnea, they believe that human aura hide valuable information about the health of the human body.

Aura colors and their meanings

Apparently, the human aura is made up of 15 different layers of energy, each of which is interconnected and having a distinct color. Most of the teachings on human aura are focused on its first 7 layers. In these times we go a little further and explore the first 12 layers of aura colors and their meanings. The first layer of the aura is closest to the physical body.

Layer 1 is the etheric body and is red.

Layer 2 is the emotional body and elemental. It is orange.

Layer 3 is connected to the mental and has yellow.

Layer 4 is the astral body and emits a green hue.

Layer 5 is the archetypal body and the color blue.

And angelic body layer 6 is the color indigo.

Layer 7 is KETHER body or causal body and emits a violet hue.

Layer 8 is monadic body and has a golden color.

Layer 9 is keriatric body and silver is.