Now it is almost a month since I have started school, yet I have not been able to get all set. Since I consider you all as a friend of mine I would like to share the things I have been through in the past first month of the school year. I had to attend my classes tomorrow of the day I reached to my house in US- I am calling it ‘my house’ as so far I am loving it- on September 3rd as of the time difference, sitting in the class I was feeling so sleepy and wishing I was coming earlier. However after couple days I was feeling alright but had to reschedule some of my classes as I did not like the way the office had done it for me. After some days of going and coming and some hours of waiting for the office manager I finally was able to get all my classes fixed on the way I wanted them to be, which I thought worth waiting.

However after a week of being kind of set, I had to skip a day of school and pack up for my New Jersey trip over the weekend. The trip was way more fun than I assumed it would be, as there I could met the staff member of AGFAF organization who supports me studying in US, 22 Afghan girls who are studying in US and more interestingly Francesco Rulli the founder and president of the Film Annex Company and Freshta Frough the co-founder and board member of Women’s Annex Foundation whom every one of them inspired me on a good way. And I want to get the chance and thank every one of them specially the AGFAF staff members for creating such a beautiful memory for me and letting me be part of their family. 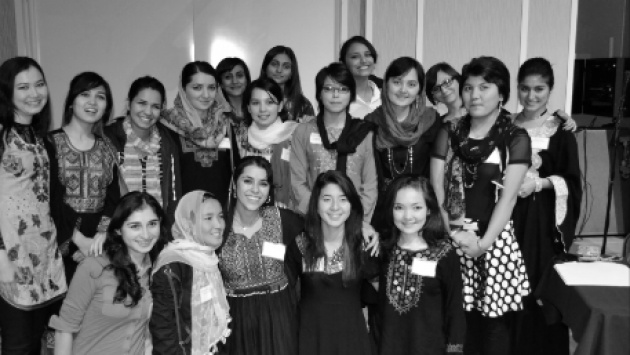 Anyhow the weekend passed really well but since I had to skip a day and an AP class I had to work all this week to make up the work and I thankfully did it. And I guess from now on I will have a little time to relax and write hopefully and through this get in touch with you all. Anyway this was the story of what I did this last month since I have left Kabul and now I would love to hear from you guys. What have you all been doing in this last month?

Yasameen Mohammadi is a junior student at St.Paul preparatory high school in St.Paul Minnesota. And is currently working at Film Annax as a blogger.