"Ban for Buzz and Sub comments and on the chat " - Whether the “buzz deal” is the only way?

Whether the “buzz deal” is the only way? 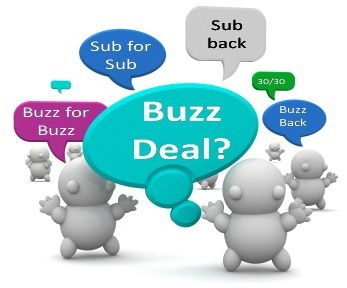 A few days ago, I received a message from my buddy here - Lookup, who told that micky-the-slanted-salerno launch new announcements related to the buzz and sub comments on chat. After reading those message, I immediately visited Micky’s page and notice his latest blog titled "Ban for Buzz and Sub comments and on the chat ". My first speculations is "It’ll affect bunch of people and could be a hot messed".

Another screen-shot of Lookup and Micky's Conversation

Since the “buzz deal” has been a recent trend on Bitlanders, It has become a common scene when you flee into the “global chat” and found hundreds of messages such as “buzz deal?”, “sub for sub”, “buzz for buzz” or “30 for 30”. In fact, there are several members who earned high positions simply by relying on this method.

█ The Phenomenon of "Buzz Deal"

Regarding the “buzz deal” itself. I perceive that it’s quite agitating when you access the global chat and your discussion disturbed by the comments such as “buzz”, “deal”, and “sub for sub”. Or, when you check your notification and it says that your post receive a reply, it turns out you will find pointless comments such as “buzz back” or “Sub back”. 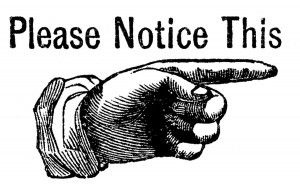 However, I should clarify something that “Not all of the people who doing “buzz deal” related to their laziness on produce a high quality post”. Occasionally, they do so as a result of lack of understanding regarding what to do. And, when they witness this “buzz deal” stuff, they assume is what they should do in here to achieve higher earning”.

Why do I state that? Because it also happened to me at the beginning and I also found similar cases in other members especially the new ones.

When I first time joined Bitlanders around couple months ago, Lookup is the one who introduced me to this site. But after signing up, I left due to the unfamiliarity of the system also I’m quite busy at the time. Three weeks ago, I returned to Bitlanders – thanks to Lookup who showing me his earning from here which is tempting. As a newbie, I toured this site by visiting a few member who on "leaderboard". This was what attract me in here. I found a lot of meaningful and interesting information on their blog, micro blog, gallery, and video. After that, I began by posting micro blog and gallery, buzzing several post that capture my attention, and subscribed a few member, then I signed out.

These the members that I visited at that time 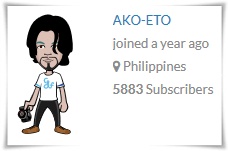 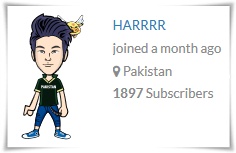 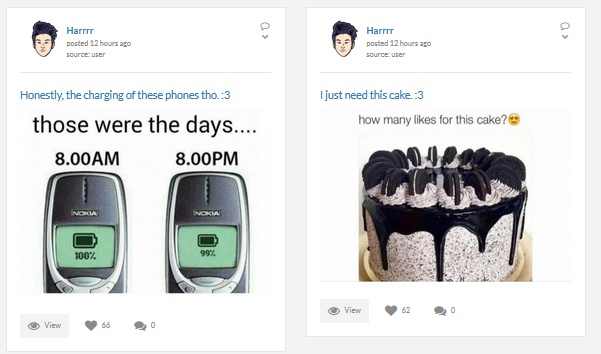 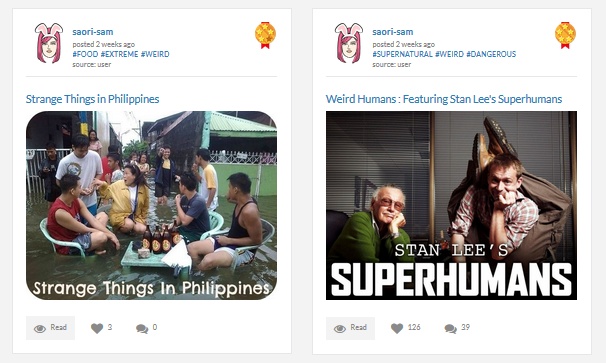 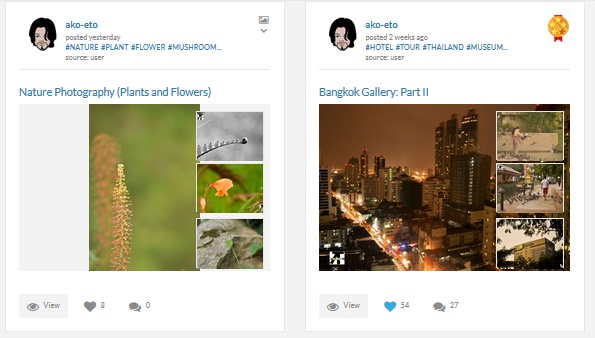 On the next day, when I visited Bitlanders. I check my page and identify that two or three people buzz my post. This may sound silly, but at that moment I'm glad and assumed other members appreciate mine. Then, as a form of gratitude, I visited their page, buzz and hand out comments on their posts. This is the first time I realized that there's comment such as "buzz back" and "sub back", and then I assume that people can deliver such comments here. Since I was also incorporated as a moderator at one of the largest forums in Indonesia named Indowebster. There enforced rules that such comments were categorized as junk or spam, as it will interfere with the discussion of other members and it’s not considered beneficial for the existing members. Then such comments will be removed as well as the members will received a warning to ban. 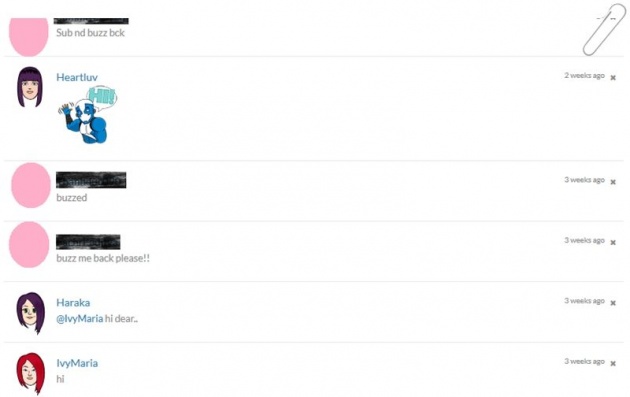 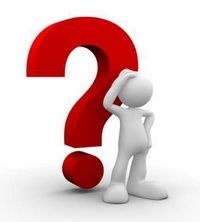 Another weird fact I found was when I visited member’s page and I spot that there are members who received 30-60 buzz on their post, even though they only post an uninformative stuff such as numbers or “yes” or “ablabfobf”. I wonder, why this sort of post can attract loads of people to buzz it while when I post something with cute image or an inspirational quotes only few people buzzed it?. This is what prompted me to press the global chat button, and… here come the answer. They received lots of buzz in such posts as they do the "buzz deal". That’s when I speculated “this is the way to survive here” 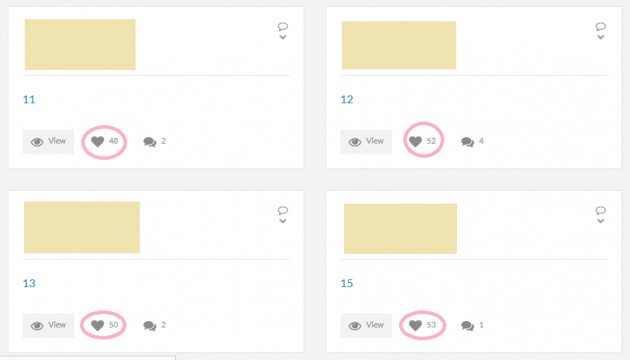 █ However, the “buzz deal” is not suitable for me…

After understanding the situation, I began to follow “the game” by buzzing on plenty post such as a lunatic and do the "buzz deal” with bunch of people – even I can’t remember how many deals that I made that day. Then, when the treasure box arrived, my earning just jumped high and when I check my buzz core trend, it was increased dramatically from 8 to 23. I told myself "Ah... this “buzz deal” stuff works" 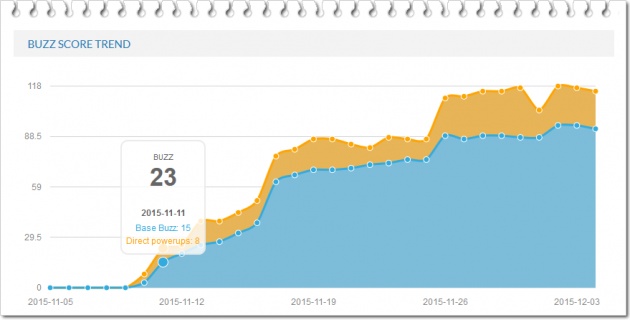 But… a problem arise. After two constitutive days doing a lot of "buzz deal”, I felt exhausted and I feel it’s time-consuming. In addition, I also found that I could only raise my "base buzz" around five points each day with this method. Then, on November 14, as a result of my less activity compare to the previous day, I just made a few deal and my "base buzz" only rose by two points. I realized that it would need a long time to be able to carry a high "buzz score" if I only rely on this method. 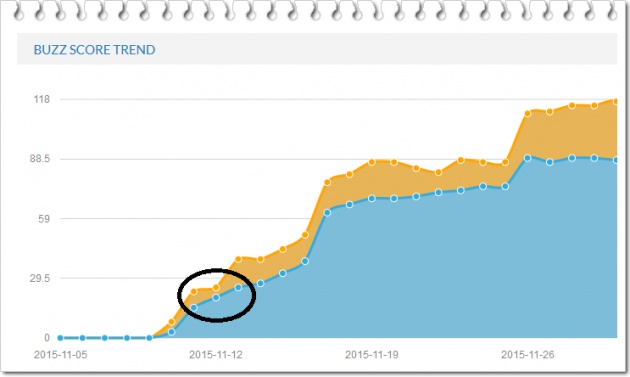 The solutions come when I read the conversation on the global chat. I recognized one of member - rex-sensei told “You should submit a high quality blog in order to obtain higher buzz score instead of doing the buzz dealing”. After read his comment, I’m inspect all of the top five member page that time and when I observe their stats I shout “oh gosh! Their buzz score trends like a dancing in the air“. And when I checked their post I realized it possible thanks to their post with little star on the top of it. I immediately contact Lookup to ask about this matter and he pursue me to submit a blog for review and he supply several information related to the review’s effect on your "buzz score". 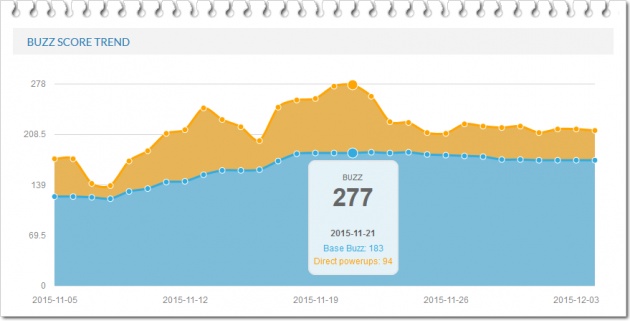 Then the next problem arises, and I understand it’s commonly experienced by new members when they considering to submit their blogs which is "what should I do to earn a satisfactory result?" Since submitting your blog required gems, it’s frightening for a newbie due to the probability of losing gems if their blog isn’t considered as the excellent one. So, I tried to re-read the FAQ to enhance my understanding regarding this matter, but personally, I find the information that is available isn’t clear enough. Trying another angle, I attempt to read a few blogs with a wonderful score, but I still don’t obtain a satisfactory clue. Finally, I tried to contact Rex-sensei and Harrrr to ask for an advice and guidance - Sorry buddy, if that day I’m bothering both of you with tons of question.

...Several Blog that i observed that day... 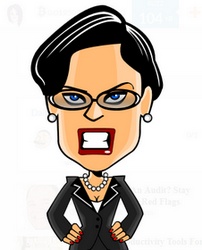 Then, I decided to submit a blog titled "IDEA - Popular Interior Design Style". And, on November 17, I received the reviewed from Hillary Summers and i rewarded 3 stars. And see what happened with my "buzz score"! This immediately drifted off like a rocket from 51 to 71. She also gave feedback which I can adopt to polish my next blog. Three days later, I submitted the other blog titled "The Return of Superman (슈퍼맨이 돌아왔다) - Every Dad is the "Superman" for their Children" and grabbed 4 stars, so my ranking rose to 111. Two days later, my ranking rose to 115 and for the first time I landed on the "leaderboard". 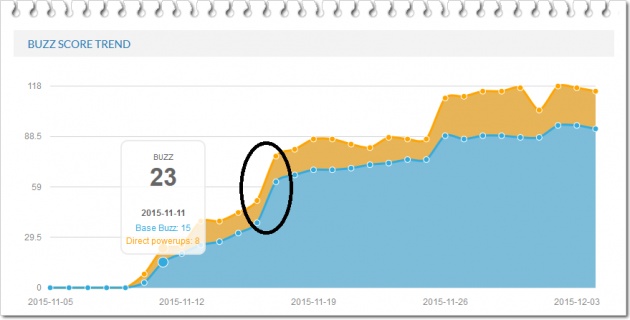 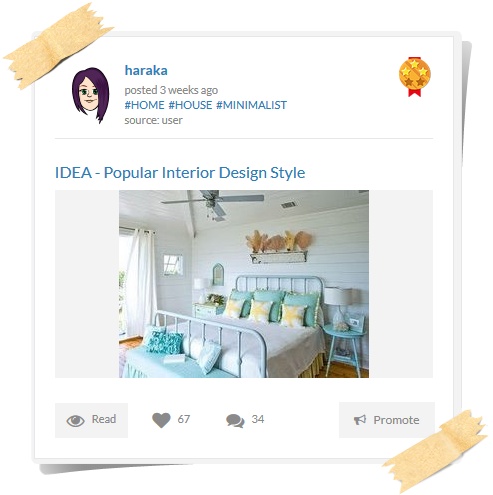 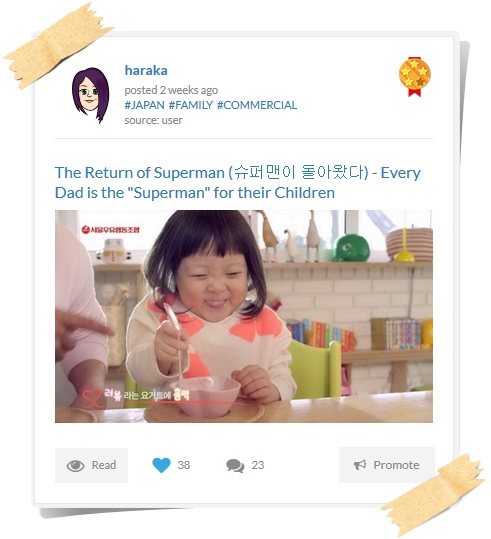 ...The Result from Hillary Summers...

What I'm trying to say is it’s true that by doing "buzz deal" you be able to increase your "buzz score", but you also should to remember that it’s time-consuming. Moreover, it’s exhausted if you’re doing the same stuff every day. While the impact? It’s still beyond from the results when you submit posts to be reviewed. You can observe my stat. Just analyze it by yourself. Is it possible for me to own such buzz score within two weeks if I only rely on "buzz deal"?

In addition, submit your post for review not only award you the "buzz bonus" and additional "base buzz", but it will also boost the spread of your post to bunch of people. Thus, the possibility of other members to read and deliver a "buzz" to your posts will be greater and of course you will receive "buzz" without having to perform the "buzz deal". 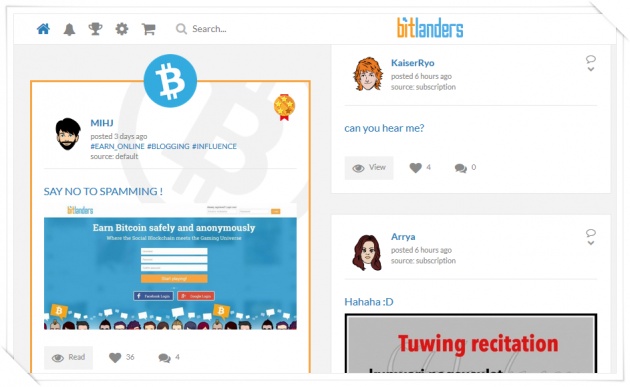 The other point is, I can say that I was lucky enough to be able to read comments from rex-sensei on the "global chat". If that time there were bunch of comment such as “buzz”, ”sub” and “buzz for buzz”, maybe I'll missed it and until now I am still relying on "buzz deal" to escalate my "buzz score". This action could cause someone loose the opportunity to attempt such a valuable information that s/he might need.

If you are not confident enough to submit your post for review, you can ask the senior members here. Based on my experience, they will be delighted to provide suggestions and feedback.

I hoped, my writing may offer new perspective to the readers.