This time i am going to talk about the Ban on Ary news by Government of Pakistan.

ISLAMABAD: Pakistan Electronic Media Regulatory Authority (PEMRA) has directed the cable operators to suspend the transmissions of ARY News, while it has also asked the channel to pay a fine of Rs 10 million.

According to details, PEMRA asked cable operators to suspend the transmissions of ARY News for a period of 15 days, as was decided during an unlawful move by the authority earlier today.The regulatory authority, apart from 15 days suspension, also asked the largest unbiased news channel to pay a fine of Rs 10 million.Meanwhile, political parties, journalist fraternity, civil society and millions of people across the country and abroad have strongly condemned the move and labeled it unjust to impose a ban on a channel for showing the ‘truth’.

The unlawful decision was also opposed by four of the members of PEMRA itself. These members included Israr Abbasi, Fariha Iftikhar, Zeba Hussain and Mian Shams.Member PEMRA, Mian Shams said that the authority did not provide ARY News a chance to clarify its position and passed an unjust verdict violating the rules of procedure.The disagreeing members also vowed to write a note opposing the decision and to present it to the authority.

“Media has given sense to people which is not acceptable to the government,” he lamented.

Dr. Qadri said no channel will survive in time to come if they expose government corruption. “This is the attack on freedom of press.”He said a lawyer told him that court did not order banning of ARY News. Pemra illegitimately suspended the ARY News license for 15 days, he added.He said Islamabad sit-ins have awakened the masses. 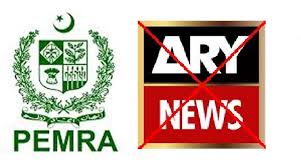 ISLAMABAD: Dr Tahirul Qadri, chief of Pakistan Awami Tehreek (PAT), has said that the unlawful decision of PEMRA is similar to stifle the freedom of press and media 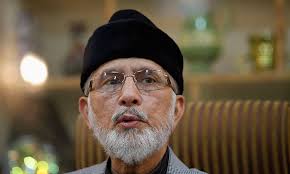 The PAT chief while strongly condemning PEMRA’s decision of suspending ARY News, said it is an unjust act of a state institution. He warned that subduing the voice of truth will not be a favorable move and the people all over the country are highly concerned about this.Dr Tahirul Qadri said his party and the entire nation condemn this decision, adding that ARY News was not given a chance to clear its stance.

He said that the channel was punished for raising its voice in favor of what was right.Qadri said ARY News and Mubashir Lucman have always voiced concerns over persisting corruption in the state and a party in a case is never punished without listening to it.He said that Mubashir Lucman always talks with strong arguments in support of his claims, but the government instead of answering all those queries, shut the channel by means of PEMRA.