The multinational companies especially which deals with the production of software’s, music industry and film industry wants to ban the torrents. Now the question arise in our mind is why they want to ban the torrents, why anyone wants to ban the thing which facilitates the people around the globe. The main reason behind this is many of these multinational industries have invested millions of their money to make their products .the product like software if we go more specific the software’s like internet download manager, Microsoft windows, and the other products like films, books, games etc. 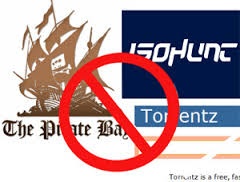 Many of the computer science experts hack the software keys and upload the software with their key on the torrent sites free for the users, by which these companies bears the huge loss. Same with the movies and books that is the makers and author want their product to be purchased by the users, but because of torrents many of the peoples upload their products free for the users, which as we know facilitate the users but it did not give any profit to these multinational organizations which make these things and they called it cybercrime.

Content Marketing - What Is It And Why It Is Important?

Content Marketing - What Is It And Why It Is Important? - Photo credit:hepwallpaper.blogspot.comvia …