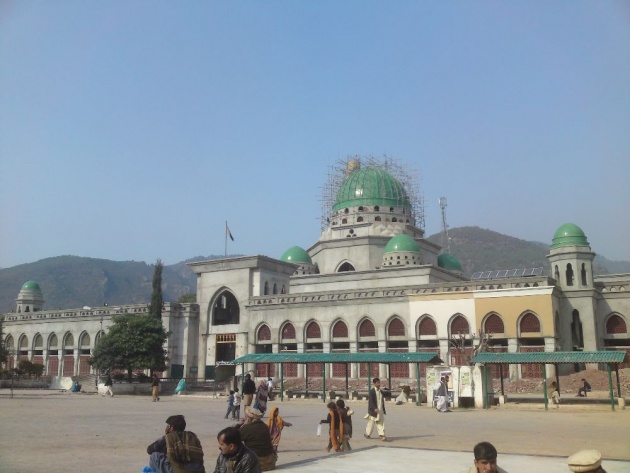 Bari Imam (1617–1705), whose real name was Shah Abdul Latif Kazmi, was born in 1026 Hijra (1617 AD) in Chakwal. His father, Syed Mehmood Shah, shifted his family from Chakwal District(Village Karsal) to Baghan village, presently called Aabpara. At that time, it was a barren land. Soon after the arrival of Bari Imam’s family, his father started farming and also kept some animals. Shah Latif helped his father in grazing the animals, but left his father at 12 and came to Nurpur Shahan. He is the first cousin from his father's side of Shah Chan Charagh.

Nurpur Shahan, the village was initially called churpur Shahan since it was infested by thieves, robbers and people of dubious character in those days. Bari Imam while spreading the message of peace converted them to Islam and convinced them to become law abiding citizens.

From Nurpur Shahan, Bari Imam went to Ghorghushti in Campbellpur (now known as Attock) where he stayed for two years to learning fiqh, hadith, logic, and other disciplines related to Islam, because at that time Ghorghushti was a great seat of learning.

To get spiritual knowledge and satiate his love for Islam, Bari Imam visited many places, including Kashmir, Badakhshan,Bukhara, Mashhad, Baghdad and Damascus. He not only received spiritual knowledge in these places but also held discussions with scholars belonging to different schools of thought on various subjects. Later, he went to Hejaz to perform Hajj.

Bari Imam received spiritual knowledge from Hayat-al-Mir (Zinda Pir). His Pir (Sufi Mentor) gave him the title of Bari Imam (The leader of the earth). Bari Imam converted thousands of Hindus into Muslims through the teachings of Islam at Nurpur Shahan. It is stated that once Mughal Emperor Aurangzeb Alamgir himself came there to pay respects to Bari Imam. 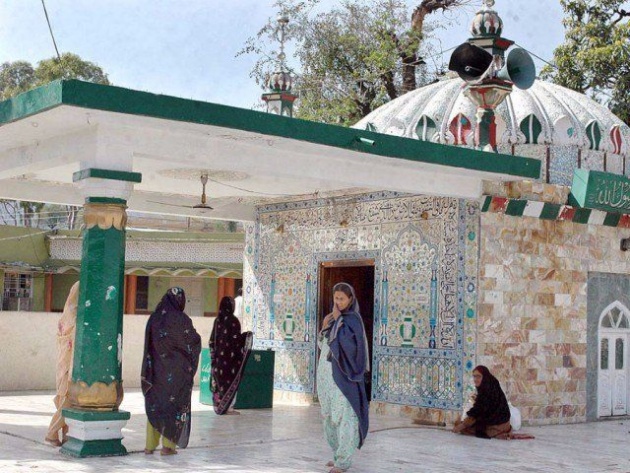 The lush green surroundings; The mountains with violet hue; Where the winds blow majestically; The chirping of the birds; The stone frozen in time; Is the place where the illuminated spirit; Lied submerged in the depth of clear running stream; No wonder why the fish ate the flesh; The place still resonates the calm of perfect unification; When the wisdom of Abu Tahir graced the purity of Abu Turab!

Mughal Emperor Aurangzeb, who was devoted to spreading his empire, originally built the silver-mirrored shrine of Bari Imam. It has been renovated since and is now maintained by the Government of Pakistan. Inside the mausoleum, where the great saint rests, only men are permitted, a steady stream of believers enter and exit, most bending to kiss and strew rose petals on the green cloth covering the grave of Bari Imam.

Every year at the Urs (Birth celebration) of the saint, who spread Islam in this part of the world, gains momentum; devotees in their thousands set out for the Margalla foothills and gather at Nurpur Shahan to pay their respect. Although many swarm the shrine all year round, only last year the number exceeded a head count of 1.2 million people.In May 2005, the peaceful village of Noorpur Shahan, hosting the death anniversary (Urs) of Bari Imam was rocked by a vicious terrorist act that left 20 people dead and almost 70 injured.[5]

ADAM THE PROPHETThe Holy Quran says: Your Guardian-Lord is Almighty God, Who created the heavens and…