A. Photography
Photography (Photography) derived from the Photo (Light) and Grafo (writing / drawing), so it can be interpreted that photography is a technique of drawing with light. On this basis, it is clear that light plays an important role and become the main source of obtaining images (without light there would be no image results).

B. SLR Cameras
SLR (Single Lens Reflex) or D-SLR Camera (Digital) is a camera with a viewfinder (Viewfinder) that gives the image according to the angle of view through the lens reflection mirror located behind the lens. In general, a regular camera has a viewfinder display of different viewpoints because the viewfinder lens is not aligned with the viewing angle lens.

Photography is closely related to light (so to produce a picture is necessary to light, without light there would be no photo), the camera serves to regulate light captured image sensor (image sensors in digital cameras or film in a conventional camera). To adjust the light, there are two basic points in the camera, the shutter speed (shutter speed) and aperture (diaphragm).

C. Lens
In photography, the lens serves to focus the light to be able to burn the catcher medium (film). On the outside of the lens there is usually a three-ring, which ring the focal length (lens type variable), diaphragm ring and focus ring.

The length of the lens affects:
a. DISTANCE shooting
b. Viewpoint
c. Enlargement
d. FACILITIES aperture

Various lens
Standard lenses. This lens is also called a normal lens. Measuring 50 mm and give the character a natural shot.
Wide-Angle Lens (Wide Angle Lens). This type of lens can be used to capture the broad subject in a narrow space. The character of this lens is made the subject of a smaller than actual size. By using this type of lens, in the room we can shoot more people lined up when compared with a standard lens. The shorter the distance of the focus, the more wide-view. This lens beragan sizes ranging from 17 mm, 24 mm, 28 mm, and 35 mm.
Fish Eye Lens. Fish eye lens is a wide angle lens with a diameter of 14 mm, 15 mm, and 16 mm. This lens provides a 180 degree view. The resulting warped image.
Tele lens. Telephoto lens wide angle lens is the opposite. The function of this lens is to get closer to the subject, but narrowing the viewing angle. Which includes a telephoto lens is a lens measuring 70 mm upwards. Due to the narrow view angle, telephoto lens will blur the surrounding field. However this is not a problem because a telephoto lens is used to bring the views and focus on a specific subject.
Zoom lens. A combination of tandar lens, wide angle lens and tele lesa. Idak lens fixed size, for example 80-200 mm. This lens is quite flexible and has a fairly wide range ang lens. Therefore, the zoom lens is widely used, because users turn the lens size as required.
Macro lens. Macro lens used for photographing small objects.

D. Focus
Focus is part of the set distance sharpness of the lens so that the image produced is not shaded ..

a comparison result dg photo wearing f numbers of small and large f number
Specification:
note the wide range of sharp space on the third photo above. In large aperture sharp narrow space and so on.
Tips:
Use a large aperture (small f number) to isolate the disturbing background. Use a small aperture (large f number) for shooting landscapes (scenery). 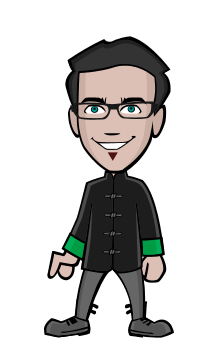 #be yourself it's beautiful