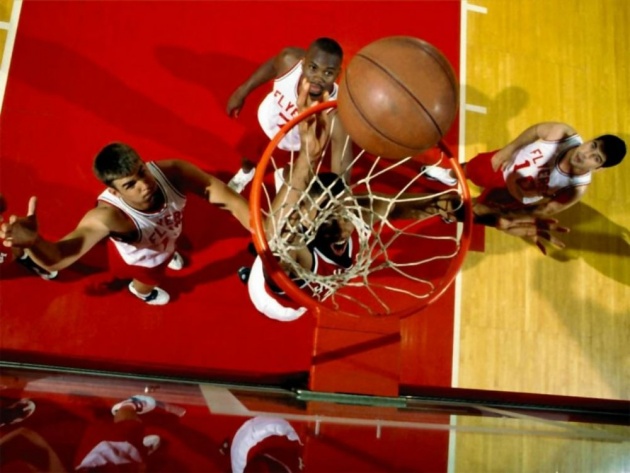 *image is credited to bestwallpaperzz.blogspot.com

Game of one goal, to shoot that ball and get higher points to win the game, for Filipinos, a sport where their heart is.

It was in the late 80’s, my brothers have been playing basketball, watching basketball on tv, and not just them, my cousins too. They cannot get enough of the said sport. On that decade, the only basketball game they can watch on television was the Philippine Basketball Association or PBA, since my siblings have been watching it often, I became a fan too and do you know what my favorite team at that was?

Anejo Rum 65ers. The old Filipino readers knew about them, for the millennials, chances are, they have no any idea what was this team in the late 1980s. If Anejo Rum 65rs will be mentioned, Robert Jaworski will be the first that every Filipino basketball fan will remember, the playing coach and even awarded by the Philippine Sportswriter Association as the best Pro player of the year.

That was the start of me, becoming a fan of basketball and the team even if changes its name, so, I am a Ginebra Kings’ fan right now. But let me get you some stuff about basketball before I get into a deep love of every Filipinos with the sports. 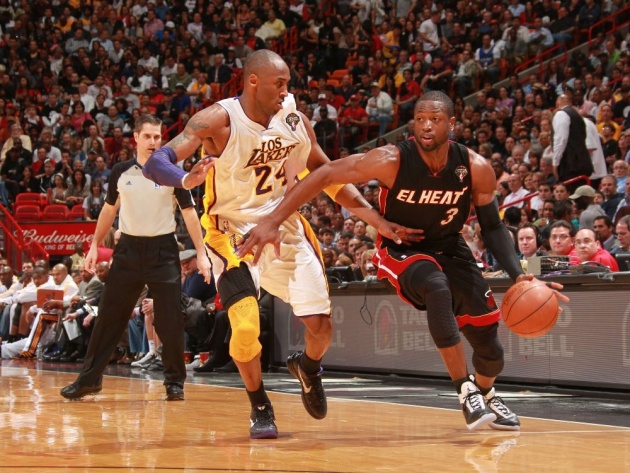 *Image is credited to basketball91.com

1.      James Naismith, a teacher at a YMCA in Springfield, Massachusetts, is credited with inventing basketball. He was looking for an indoor recreational activity and that was in the year 1891.

2.       Before it became that metal rim attached on a board, the first basketball hoops were actually just peach baskets and the first backboards were made of wire.

7.       Basketball, played at the international level is divided in 10 min quarters; while in the NBA League, the quarters are of 12 min each.

8.       There are 5 five players each on both the teams. The positions are: Point guard, Shooting guard, Small forward, Power forward, and Center.

9.       The first basketball game was held on January 20, 1892. The court was half the size of courts used at the NBA League today and only one point was scored in the whole match. In this game, there were nine players in each team.

10.   And the main goal for basketball to score points by placing the ball in the opponent’s basket. The basket is kept at a height of 10 ft.

BASKETBALL IN THE PHILIPPINES 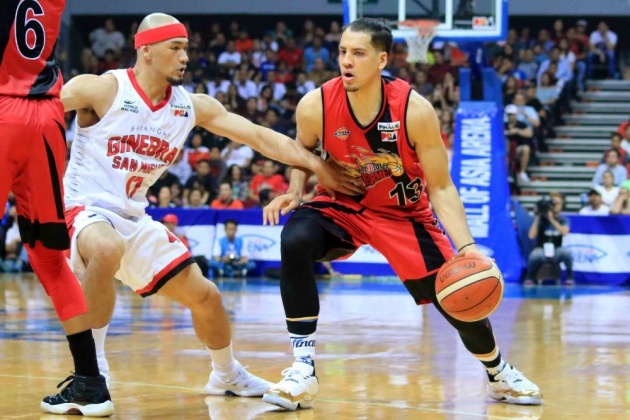 *Image is credited to 4.bp.blogspot.com

Basketball was introduced to Filipinos within the historic walls of Intramuros, Manila, according to Nick Joaquin, a National Artist.

The Americans’ Young Men’s Christian Association (YMCA) introduced the newly invented sports of “Basketball” in the Philippines (that was around 1898-1900). During this period, football (soccer) was the most popular sport in the Philippine Islands due to its history as a Spanish colony (influenced by British sailors from Hong Kong), even during the Far Eastern Games. Nevertheless, basketball went on to replace soccer (football) with other American sports like baseball.

MORE SCENARIO OF BASKETBALL HERE IN THE PHILIPPINES 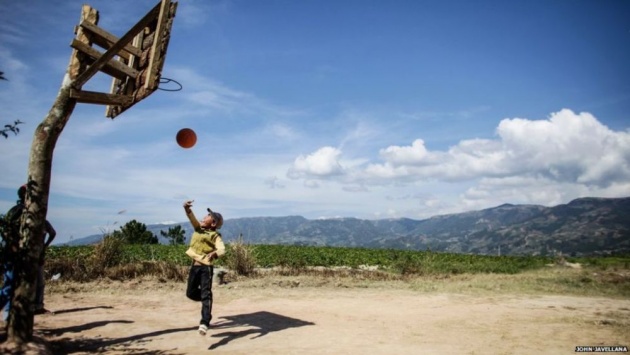 *Image is credited to  ichef-1.bbci.co.uk

The Filipinos love for basketball is very obvious.

Here in our village, a fiesta is not complete without a basketball tournament despite the fact that the prizes are not that much. For a reason that it is very simple, everyone (almost) plays the game.

Aside from playing, Filipinos love to bet too with the result of the game.  Just like the recent NBA finals, there were bets made, on either per game or the whole game series itself. And I have noticed there was lots of money involved. So, have Filipinos loved basketball or the betting? I bet it was more of the sport; the betting is just a spice.

Why do Filipinos love basketball?

The simplicity of the sport in Filipinos’ hearts. 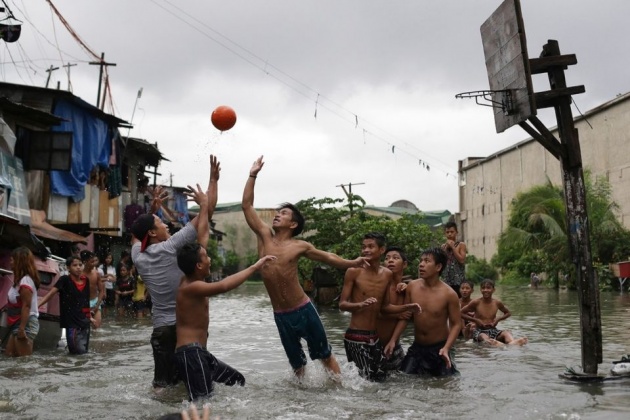 *image is credited to becomingfilipino.com

As Americans colonized the country, they definitely left something to Filipinos, basketball and surely loved the sport and for reasons and here is some of it.

1.       Filipinos can play them anywhere, almost. In the street, as long as there is a space to put a wooden post, a board and a metal ring, basketball can be played.

2.       The sport can be played at least two teams with even just one player on each team. There might be rules with regards to players, but Filipinos can disregard that on the street or anywhere they wanted to play except for those leagues.

3.       Filipinos can play the sport even without a shirt on, just shorts will do and slippers as simple as that, nothing fancy on what they are allowed to wear.

*Video is credited to Island media asia via youtube.com 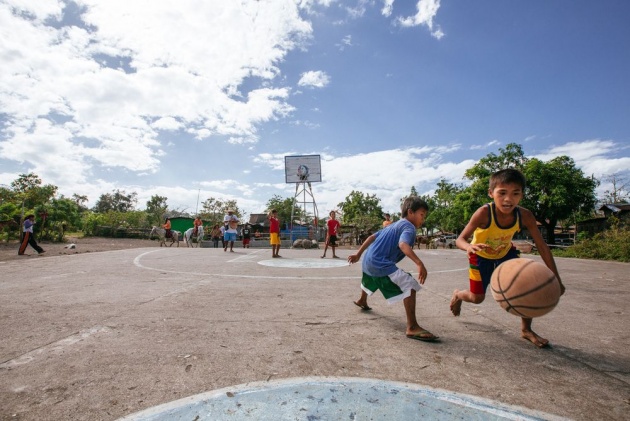 *image is credited to static1.squarespace.com 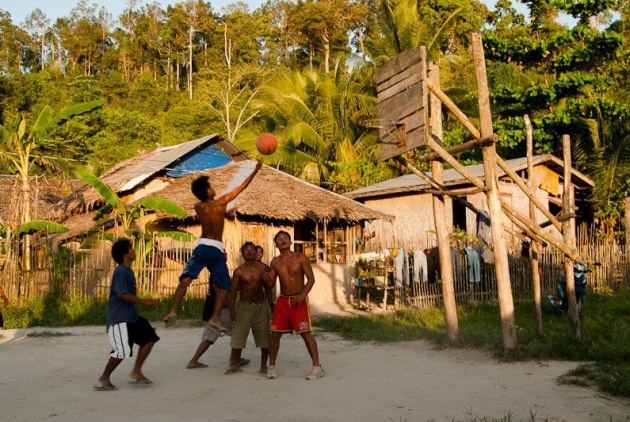 *Image is credited to www.projekteja.com

The Filipinos might be influenced by the Americans with basketball but somehow made some things with regards on how they play the game. Aside from that, it had become the sport that unites the nation when it comes to international competition.

Filipinos might be short for the height, but their hearts for the game made them taller to beat other teams that have taller players.

We Filipinos indeed take the sport deep within us, no question about that.