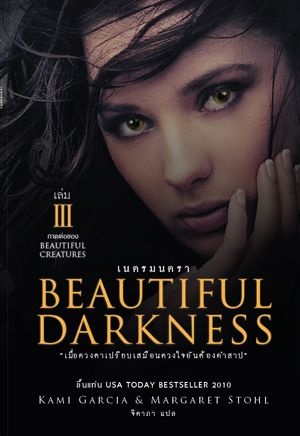 Ethan Wate and Lena Duchannes are dealing with the death of Lena's uncle, incubus Macon Ravenwood, which occurred during their battle against Lena's evil mother, the most powerful Dark Cataclyst, Sarafine. The night her uncle died was Lena's sixteenth birthday, one of Lena's eyes had turned gold (the eye color of Dark Casters) while the other remained green (the eye color of Light Casters), therefore leaving her in the middle of Dark and Light.

After Macon's death, Ethan starts worrying about Lena, who has been acting strange. Lena has stopped writing in the tattered old journal that she used to carry around with her. She has even stopped Kelting with Ethan and prefers to block him out. Ethan, on the other hand, is having strange visions that include Macon, Abraham Ravenwood and a girl named Jane, who Macon appears to be madly in love with. On the last day of school, after Lena has told Ethan that she and her family are leaving town, Ethan, Lena, and Link are alone on a lake because of an incident that took place at the high school's parking lot. After kissing Ethan, Lena takes off into the forest and, after chasing her, Ethan witnesses her jump on to the back of a Harley and ride off with a stranger. In hope of finding her, Ethan and Link drive to Dar-ee Keen, Gatlin's greasy version of Dairy Queen. Instead, they meet up with Ridley, Lena's Dark Caster cousin, with the power of persuasion. Ridley is with a guy who introduces himself as John Breed and claims to know Lena. Ethan realizes that John was the one Lena had run off with.

At his job in the library, Ethan meets Olivia "Liv" Durand, who befriends him quickly. After giving Liv a tour of Gatlin, Ethan and Liv are eating at the Dar-ee Keen when Lena's car races by, obviously stating that she had seen Ethan and Liv together. During the town's annual County Fair, Ethan is shocked to see that Lena is wearing Ridley's type of clothing: black tank that has ridden up on her stomach, black skirt about five inches short, a streak of blue in her hair and black-rimmed eyes. During Ethan and Lena's conversation, Liv shows up. In response to this, Lena takes off, jealous and angry, causing a chain reaction of chaos as she went. Afterwards, during the pie contest, Ridley, John and Lena cause maggots, beetles and grubs to crawl in every pie except one, Amma Treadeau's. Amma is Ethan's housekeeper, a grandmotherly figure to him, taking care of him since his mother died. When Ethan and Link follow the three troublemakers, they see them enter the Tunnel of Love and disappear, not leaving a clue to where they went. Desperate to get some help, Ethan and Link go to the Lunae Libri, the Caster library, in hope of finding Marian, the Mortal librarian and Caster library Keeper. Once inside, Ethan hears a laugh, guiding him to a room in which he finds Liv. Liv explains to him that she is a keeper in training and knows quite a lot about the Caster world. Marian, on the other hand, suspects that Ethan may be a Wayward, a Mortal who helps Casters in finding the way to their fates, or the one who knows the way.Determined to find Lena, the three friends, Ethan, Link and Liv set out through the Caster tunnels underground. Eventually, they find their way into a Caster bar, where they find Ridley, John and Lena. Ethan is shocked to see Lena dancing with John, his hands on her hips. After Lena admits that she does not want to see Ethan there, Link, Liv and Ethan get out of there. Back in the tunnels, Ethan thinks about kissing Liv, but decides against it. In Gatlin, when Ethan goes to see Lena at her mansion, she reveals to him that she is going to run away before her family leaves and that she has put a Cast on him, one that will make sure he is unable to tell anyone. After All Souls Day, Ethan realizes that the Jane from his visions was his mother, Lila Jane Evers and that she loved Macon, after Marian gives him the Arclight, a metaphysical prison for Incubuses. Though he is shattered, Marian confirms that Lila also loved Mitchell, Ethan's father.

Some time after, Ethan and Liv have come to the conclusion that Sarafine is trying to pull the Seventeenth Moon out of time in order to get Lena to claim herself. With the help of Ridley (who loses her powers after an encounter with Sarafine through the journey), Link and Lucille, Ethan's Great Aunt's cat, the one who keeps disappearing, they find The Great Barrier, the place Sarafine is leading Lena to. After sometime in the Caster Tunnels, halfway, Ethan learned that Lena made a deal with the Book of Moons, a powerful Caster book, for Ethan's life after Sarafine killed him. It was Ethan's life for something, which unexpectedly turns out to be Macon's life. Now, Ethan understood why Lena had been acting strange and blaming herself for killing her uncle. Before the team is about to enter the Sea Cave where Sarafine is hiding, Ethan understands the purpose of the Arclight and, with the help of Liv, is able to bring back Macon from it. Once outside, Macon has Green Caster eyes, which confirms that he has switched from an Incubus to a Caster. He also explains how Lila Jane's ghost helped him once The Book of Moons took his life by capturing him inside the Arclight. In order to help the teenagers fight off the Incubuses and Dark Casters inside the Sea Cave, Leah Ravenwood, Macon's sister and a Succubus, goes with them. Inside the cave, John is holding Lena, who has no idea where she is or what she is doing. There are also a lot of Vexes, powerful demons of the underground, who are sent back once Amma, Arelia (Macon's Mother), Gramma (Lena's Grandmother) and Twyla (Macon's Aunt) arrive. Quickly, while the others are fighting, Ethan helps Lena revive. Lena claims herself to be both Dark and Light, killing off both Twyla, a Light Caster and Larkin, a Dark Caster (also Lena's Cousin), because on her last birthday, Lena had learned that she were to turn Dark, then all the Light Casters in her family will die and if she turned Light, all the Dark Casters in her family will die.

One night after these events, Lena sneaks into Ethan's bedroom wearing one of his oversized t-shirts, crawls into his bed next to him. After lying together, she begs tearfully for forgiveness for her actions and Ethan does without hesitation (proving how much he truly loves her) and they make up kissing before falling asleep together. Soon after they reconcile, Link sneaks through Ethan's window and interrupts them. He tells them that while the fighting was going on he was bitten by John, who is revealed to be a hybrid; half Caster and half Incubus. After Lena confirms it, Link realizes he is now turning into an Incubus.

In the last chapter of the book, the "after" part of it, Ridley, who has completely lost her Siren powers and is now a mortal, is shown in her room. Ridley takes the Arclight out of its hiding place and looks at it, then counts down from three and something is "decided" - which is really her decision to lock John Breed in the Arclight. 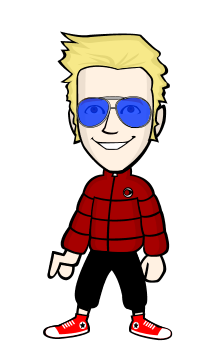