Horror Films are unsettling films designed to frighten and panic, cause dread and alarm, and to invoke our hidden worst fears, often in a terrifying, shocking finale, while captivating and entertaining us at the same time in a cathartic experience. Horror films effectively center on the dark side of life, the forbidden, and strange and alarming events. They deal with our most primal nature and its fears: our nightmares, our vulnerability, our alienation, our revulsions, our terror of the unknown, our fear of death and dismemberment, loss of identity, or fear of sexuality. - Tim Dirks (Filmsite.org)

Philippine horror films are fast growing because there are lots of old stories are being shared from different locations in the country especially in rural areas. Some stories are based on a true story and some of the films are based on the traditional fiction horror stories came from the elders and native people.

One of the hot topics Filipino are sharing are bad spirits, white lady, a child playing, a man wearing barong (national cloth for men) without head, aswang (a woman with wings and have only half body), etc.

Since I love watching movies and one of my favorite genre is horror and thriller, I would like to share with you my best horror films here in the Philippines.

I have heard a lot of horror films way back 1960's, 70's, 80's, etc. that is really a box office hit! But since I was born in a modern time, the list I am going to mention are what I already watched. 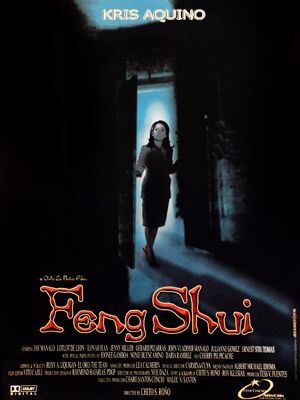 This horror movie is starred by one of the best actress in the Philippines, Kris Aquino as "Joy Ramirez".

The story lies in a cursed "Bagua" mirror which is a material used for avoiding bad lucks and bad spirits that was adopted from Chinese people. This mirror was cursed by a Chinese princess named "Lotus feet" and Joy received it from a man she didn't know. She thought it will bring fortune and luck but when she used it in theor house, her will of fortune began to change.

When people tried to look in this mirror, these people will die based on your zodiac sign and the owner of this mirror will get lucky. But Joy's family and friends looked at the mirror that caused them to death. ---

This movie will scare you about this Bagua mirror. Did you know that after I watched it, I always avoid that Bagua!

This movie also top grossed during that year! Wow. 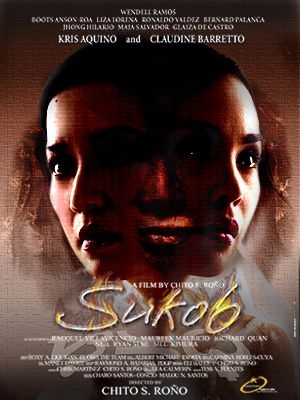 Image credits to an article via wikipedia.org

This is another high grossing film and starred again by Kris Aquino alongside with Ms. Claudine Barretto.

Sandy (Kris Aquino) plans to get married and later in the movie, she discovered that she has a sister, Diana (Claudine Barretto) who get married on the same year and on the same day. The movie gets intense when they found each other and looked for solution on how to stop the curse. ---

Goosebumps over here while writing! 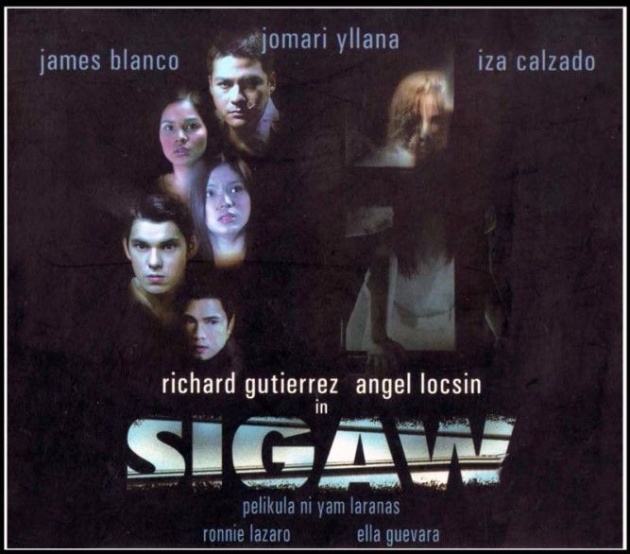 This movie goes international and box office hit here in the Philippines! Ofcourse the main characters are my idols! Kidding aside.

This is the first horror film of Angel Locsin and Richard Gutierrez together and they are also called as one of the most promising love team of all time.

The story is about Marvin (Richard Gutierrez) living in an old apartment building and her girlfriend Pinky (Angel Locsin) who frequently visits his apartment until one day, a lot of strange things happened inside the building. ---

This film was screened in Singapore and Malaysia and had a remake in United States. 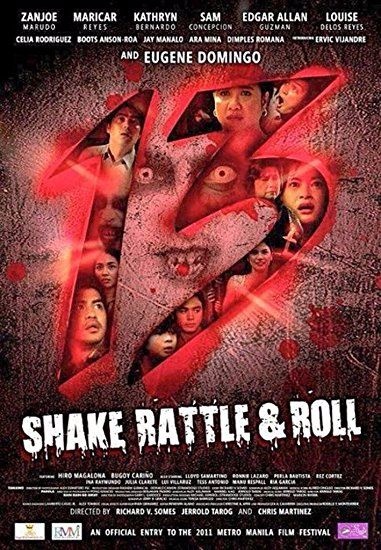 I haven't watch all of the series because the earlier versions are hard to find but one of the scariest for me is Shake Rattle and Roll V.

This movie is always divided by three stories and it is based on the title itself. Most of the stories of this film  are coming from the superstitious beliefs and Filipino horror creatures. ---

You will learn some stories in this film like unfamiliar bad creatures, superstitious beliefs, etc. 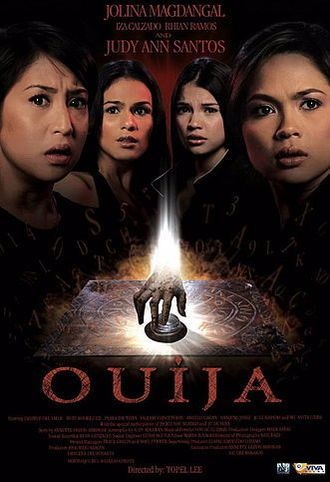 image credits to an article via wikipedia.org

This is another film that will make you goosebumps over your arms indeed!

This is one of the typical stories with different concept because the story is about group of girls (they are relatives) who found an ouija board they used when they were still kids and then unknowingly when they played it again, a bad spirit goes out on that ouija board and they found out that there is a story behind that ouija board. While gathering the pieces of the story behind the ouija board, one of them always died for everytime they discovered some ways on how to stop the bad spirit. ---

The last time I watched this movie for the second time is when I was in secondary level and I'm with my bestfriends who also loved to watch horror movies.

When I was at my young age, I am not totally scared in horror movies with exception if the movie is a Japanese horror film like "The Grudge" or "The Ring" and Thai film like "Shutter" or anything about ghost stories. But as I grew older, I'm getting scared especially if I watched it inside a movie house because of the loud sound effects. When I am with my friends and watch a film, people inside the movie house will always look at us because of our loud shout and we're going to laugh after a shocking scene. Sounds weird, right?

How about you? What kind of horror films do you like to watch? Or the scariest film you ever watched? 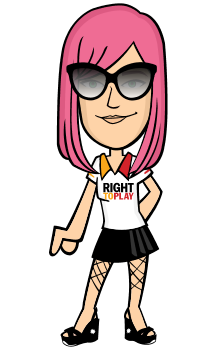