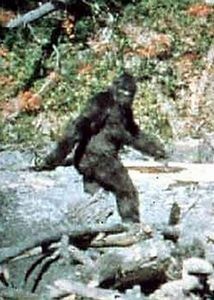 Bigfoot is world-famous for spooking the bejesus out of hikers and hunters in North America. Scientists consider Sasquatch to be the result of folklore, misidentification and a whole lot of hoaxes.

However, many people still believe these humanoid creatures exist around the world, just like the Yeti of the Himalayas.

One of the most famous unexplained mysteries in the world today, Bigfoot has been described as an ape-like creature, some 6-10 feet tall, weighing more than 500 pounds, and covered in dark brown or reddish hair. Witnesses give him large eyes, a heavy brow ridge and a crested head, much like a male gorilla. Footprints allegedly belonging to Bigfoot are 24 inches long.

Is Sasquatch really one of the great truly unexplained mysteries of the world? Somewhat disappointingly, the most famous footage of Bigfoot at Bluff Creek, California, was shot down by a man called Bob Heironimus. Years after the event, he claimed he wore an ape costume for the filming.

It's also virtually impossible that a prehistoric, bipedal, apelike creature could exist, simply because the breeding population of such an animal would have to be so large that many more sightings would be reported.

What's more, with so many Bigfoots (Bigfeet?) running around, we would have found much more physical evidence of them, such as fecal matter, hair, footprints, and even numerous corpses and skeletons. We have myriad such evidence for dinosaurs, and they preceded us by 65 million years.

Nevertheless, Bigfoot's cousin - the Yeti (aka the Abominable Snowman) - has a strong alleged presence in the Himalayan regions of Nepal and Tibet. Teams of scientists continue to seek out photo evidence which is also thin on the ground - yet many locals accept the reality of a breeding Yeti population as read. 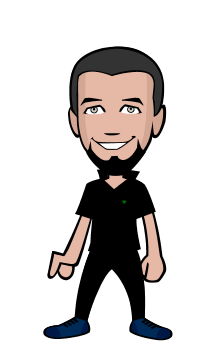 Love's to earn money at home.

how we treatment fall hair

As a matter of fact Everyone or every animal has his way for self-defense. Some use their minds some…